The EU goes slowly on, without the UK

How united is Italy with Germany and France, as one of the “Big Three EU Countries”?

When the people of the UK voted to the leave the EU, Italians were initially shocked and couldn’t understand why. Now, people are beginning to believe that the EU Referendum was just a means by which the British public could express their grievances. Whether it’s a lack of work, strains on the NHS, increasing immigration or just a simple dislike of being told what to do, some Italians do share the British frustrations, and one of the effects of the Brexit vote could be for Italians to use future referendums and elections in Italy to demonstrate their own dissatisfaction, without considering what they are actually supposed to be voting about.

After earlier meetings between Matteo Renzi, Angela Merkel and Francois Hollande, they appeared to be putting up a united front, but following the EU Summit in Bratislava Renzi chose not do a joint press conference with them, stating that he didn’t agree “with their positions on immigration and the economy”. These are big issues that the EU needs to deal with sooner rather than later. As Renzi said, “Without policies on the economy and immigration, Europe risks a lot”.

Without policies on the economy and immigration, Europe risks a lot

As no steps have been made by the UK to move forward with Article 50 and begin negotiations for Brexit, British citizens have been left in limbo. The rest of Europe is going about its business as usual and the leaders of the three big-hitting EU countries had been meeting behind closed doors. What they were discussing is anyone’s guess, but Britain is no longer invited to the party and the EU won’t discuss terms or negotiate until the UK begins to set out what it wants, and triggers Article 50. Whatever the UK’s Brexit team are hoping for, in the end they may not get what they want. If the EU say “No”, the people of Britain could be left wondering how much of what they thought they were voting for is actually going to be accomplished. 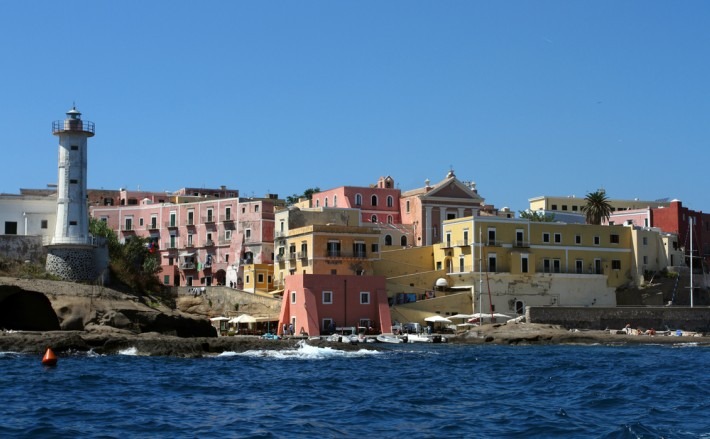 Before the EU Summit in Bratislava (which the UK didn’t attend), Matteo Renzi, Angela Merkel and Francois Hollande met on the Italian Island of Ventotene to discuss the way forward for the EU. The Ventotene Island, near Naples, was chosen for the meeting due to the role it played in the founding of the European Union. It was once a prison island which housed political opponents of the country’s fascist government during World War II. Two of its inmates were Altiero Spinelli and Ernesto Rossi who co-wrote the 1941 “Ventotene Manifesto” which called for a federation of European states that would create a bond between member countries and prevent war. Some people believe that the Manifesto paved the way towards the movement for a European Union.

Create a bond between member countries and prevent war.

Renzi, Merkel and Hollande also had a working dinner on Italy’s Garibaldi aircraft carrier which is being used in the EU’s “Sophia” mission against people trafficking in the Mediterranean. Their discussion will undoubtedly have included how to increase security of the Union’s external borders and develop greater co-operation on counter-terrorism. For specific missions Italy’s defence and foreign affairs ministers have proposed a “multinational force” under a single command. 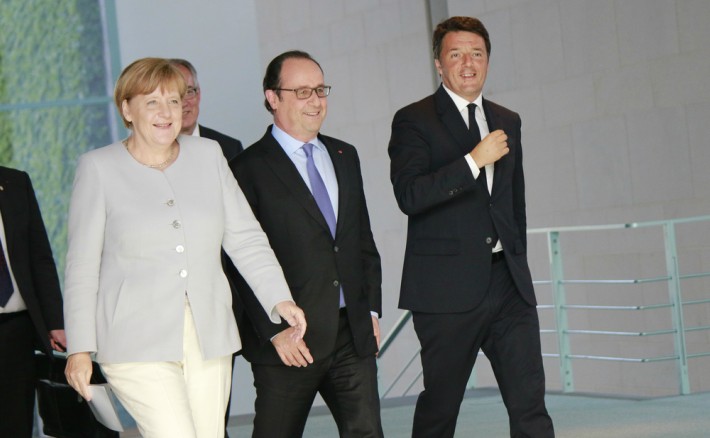 Merkel, Holland and Renzi. 360b / Shutterstock.com.

A combination of the EU referendum, a slump in the economy, terror attacks, bank debts and the refugee crisis have caused all three leaders to be hit in the polls, which has given populist parties and Euro sceptics ammunition to try and increase their own popularity. Germany and France have elections coming up in 2017 and Matteo Renzi has a constitutional referendum, due this Autumn. In the Referendum voters will be asked whether they approve of amending the Italian Constitution to transform the Senate of the Republic into a “Senate of Regions” made up of mainly regional councillors and mayors. Money will be saved by reducing the number of Senators from 315 to just 100. The reforms are designed to streamline Italy’s political system, allowing laws to be passed quicker and stabilize governments in the future. As Renzi proposed the Bill, the outcome will reflect on him. He had previously said he would resign if the Bill doesn’t go through, but he is being strongly discouraged from doing so.

Donald Tusk, president of the European Council, hopes that all the EU leaders can learn lessons from Brexit and “bring back stability and a sense of security and effective protection”. The EU treaty, was signed in Rome on 25th March 1957. To mark the 60th Anniversary next year EU leaders will meet in Rome and hopefully make agreements that will secure its future.