Summer in Italy is full of festivals, concerts, processions and great food. So, join in with the locals and immerse yourself in the tradition and culture.

An Italian summer is full of local events, usually involving food and music in the town Piazzas. Be prepared to stay up late to fully enjoy these events which are primarily organised for the locals, who won’t consider coming out until after 9pm, when they eat and take a walk in the cooler evening air. Most of the events have developed from many years of tradition, only to be discovered relatively recently by tourists. Here are five of the biggest types of events in my local region of Puglia this summer. But, you will find similar traditional events across Italy.

When in Italy always look out for posters announcing town “Festas”, which celebrate the patron Saints of the town or a local church. These Festas nearly always involve a religious procession, street illuminations, music and fireworks. Some Festas to look out for in Puglia this summer include: 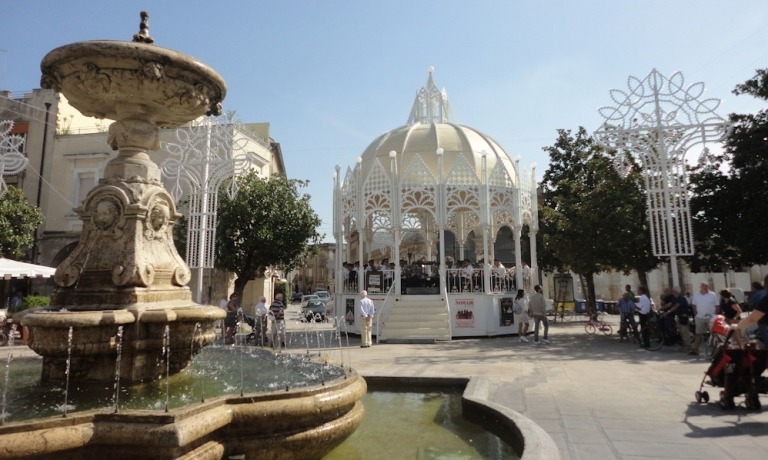 Festa in the Piazza.

“La Notte della Taranta” is a series of 17 open air concerts that take place in various locations in the province of Lecce. Otherwise quiet towns, such as Galatina and Martano, for one day of the year will play host to thousands of spectators who travel from across Italy and beyond to see an event dedicated to traditional music culture. The concerts re-discover the traditional Salento folk music and combine it with other types of music, from Classical to Rock.

The final concert alone attracts an audience of over 150,000!

Over the past fifteen years, the festival has enjoyed amazing growth in size, audience and international prestige and is now the biggest music event in Italy. Running from the 8th to the 27th August the event culminates in the “Final Concertone” in Melpignano. A special guest is invited each year as “Maestro Concertatore” to arrange and interpret classics from the local music tradition and direct a group of nearly thirty musicians from Salento, together with guests from Italy and abroad. See their website for more details. https://www.lanottedellataranta.it/en/

On the weekend of the 13th and 14th August 2016 the small town of Oria hosts it’s 50th edition of the Historical Procession of Federico II and the Tournament of the Districts.

On Saturday at 6pm, you can join the locals lining the streets around the town to watch the medieval procession of Federico II. About 1000 people take part in the procession dressed as, nobles, ladies, soldiers, knights on horseback, drummers, fanfare trumpeters and flag wavers.
Each year a well-known Italian actor is invited to play the part of Federico II who rides a horse in the procession. You may also spot a few other animals including snakes, camels and birds.

The colour and movement is provided by the flag wavers, who in Italian are called “Sbandieratori”. Each quarter of the town cheer on their own group of flag wavers. These boys and young men, dressed in coloured tights and short tunics, display their talents at throwing the flags high in the air and catching them. The most skilled being able to wave and throw a number of flags from various more acrobatic positions. The “sbandieratori” are a medieval tradition across Italy and may be seen at events and competitions across the country.

Following the procession, everyone makes their way to the main Piazza to watch Federico II and his court on stage for the presentation of the Palio. A new Palio banner is designed and painted each year, as the prize of the tournament. The performance includes dancers and fighting with dramatic music and lights.

On Sunday 14th at 5.30pm is the tournament of the districts. Tickets for this can be bought in advance from various locations in the town or at the box office by the gate. Last year they were 15 euros. The Torneo takes place in a large tournament ground, where you get another opportunity to see Federico II and his Court. The locals from each quarter of the town will be there to cheer on their team of athletes as they compete in running races with obstacles to go over, under, and through, as well as a demonstration of fighting and jousting. So you can pick a district and cheer along for one of these teams: Castello, Judea, Lama or Santo Basilio. To see photos of this event, visit their website: https://www.torneodeirionioria.it/ 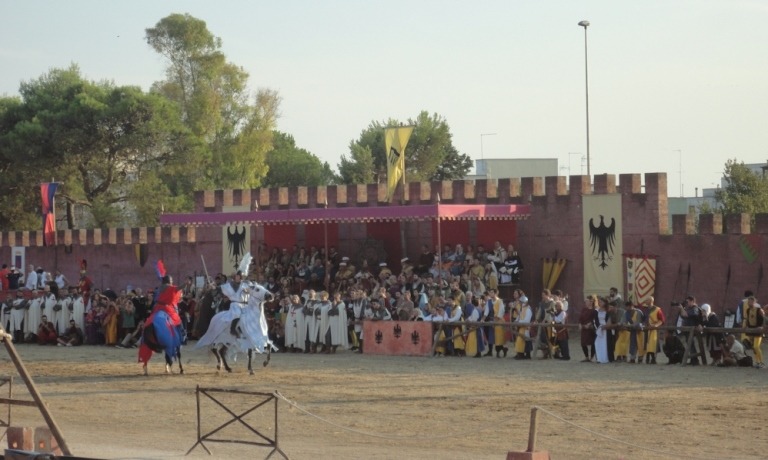 A “Sagra” is part of traditional country life in Italy. The events often celebrate locally grown produce prepared in a traditional way. They usually take place late in the evening with food prepared in the streets or at farms, accompanied by music. It is a very casual way of tasting local cuisine, eaten in the street or at communal tables.

An example of one such event taking place in Puglia this summer is the “XXI Sagra del Panino della Nonna”, which in English is the “twenty first Sagra of Grandma’s sandwiches”. And, the Italian Grandma does make some very tasty sandwiches, using ingredients such as tomatoes, olive oil, tuna, pickled peppers, artichokes, aubergines, parmesan and ricotta.

The Saga takes place on the 9th and 10th of August, in the market place of Giovinazzo, in the province of Bari, and has become a major Apulian event, mixing authentic flavours with music, fun and hospitality. Back in 2012, the Sagra received even more attention, following a visit by the British reporter Tamsin Smith, for the BBC. Each year more and more bread rolls are having to be baked in preparations for some 25,000 visitors.

Alongside the food this year will be exhibitions of antiques, crafts, street artists and a play area for the children. There are concerts on both evening, with Italian Folk musicians performing on the second night. For more information, visit www.sagradelpanino.it 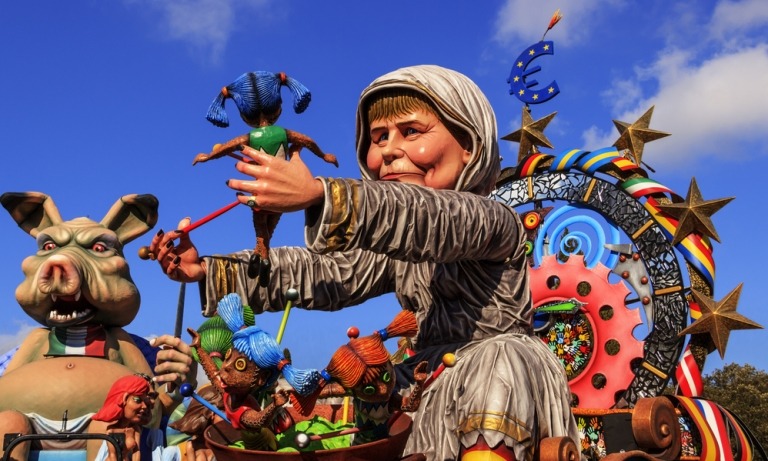 In Italy Carnivals are traditionally held in the winter, around January/February time. The Putignano Carnival in Puglia is one of the biggest in Italy and can now also be seen by visitors in the summer. The mascot character of the parade is “Farinella” and this summer the Farinella has partnered with the Zingaria Festival of folk dance to create a colourful few days of stunning floats, music, dance and food, called “Farinella d’Estate al ritmo di Zingaria”, which translates to “Farinella summer to the rhythm of Zingaria”.
From 5th to the 9th of August, dancers from across Italy will attend workshops in folk dance, such as the Italian tarantella, and also traditional dances from other countries, such as tango and flamenco. In the evenings there will be live music, dancing and shows.

On Saturday 6th and Sunday 7th August, will be the opportunity to see the large floats crafted with papier-mâché illuminated and moving. These floats are huge, almost as tall as the buildings in the street.

Wherever, you are in Italy you are sure to find small traditional events, where you can join in with the locals and experience the real Italy.