Ryanair to invest in Italy

Confidence in future tourist traffic to Italy is a good sign for house buyers.

Low cost airline Ryanair is to expand their Italian operations by opening 44 new routes and buying 10 new aeroplanes. The investment is going to cost them an estimated £760 million (1bn USD) and increase their Italian air traffic by 10%, making them Italy’s “Number 1” airline.

The announcement follows the news that Prime Minister Matteo Renzi’s Government has decided to reverse the €2.50 municipal airport tax increase from 1st September 2016. Minister Graziano Delrio has also revised airport guidelines to comply with the EU’s rules, allowing regional airports, who comply with the legislation, to compete more fairly with larger airports, such as Milan and Rome.

Ryanair’s Michael O’Leary welcomed the news, saying, “We are extremely grateful to Prime Minister Renzi and Transport Minister Delrio for taking these initiatives to grow Italian tourism. All of this growth would have been lost to other EU countries if the Municipal Tax increase had not been reversed, and the airport guidelines had not been redrafted to comply with EU rules.”

The President of the Italian Civil Aviation Authority (ENAC), Vito Riggio said:
“The development of air transport represents a primary objective for the economic growth in our country. The times we are living in require a European perspective rather than a national one, especially for air transport and its regulations, always respecting fair competitiveness and passengers’ rights.” 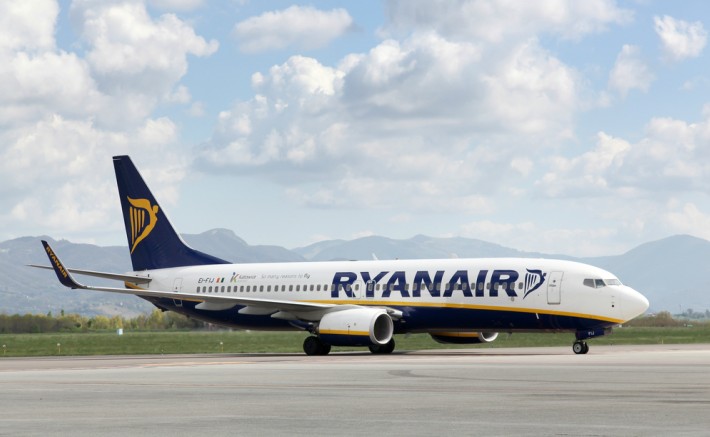 Ryanair’s investment is good news for the tourist industry in Italy. With 44 new routes opening from Italian airports to destinations across Europe. Twenty-one of these will fly from Rome and Milan airports, and twenty-three from other regional airports.

In the Summer of this year there has already been new routes introduced from Stansted to Milan MXP & Verona and also from Birmingham to Verona. There is also a new route from Manchester to Brindisi in Puglia, in addition to the Stansted – Brindisi flights that are already very popular.

One of the new routes from the UK in 2017 will be from Liverpool to Bari, which is also in Puglia. This demonstrates Ryanair’s faith in the growing tourist market in the Puglia region. Starting in March 2017 there will be two flights a week, with a fuller schedule to be announced later. You can already fly from London Stansted and Dublin to Bari, as well as airports in Belgium, France, Germany, Malta, Netherlands and Spain. The additional Liverpool route will benefit expats who rent out their homes to tourists in northern Puglia. Another new route for 2017 is Edinburgh to Bergamo (Milan), in the Lombardy region. Bergamo is about 25 miles (40 km) northeast of Milan and 19 miles (30 km) from Lake Como and Lake Iseo. Immediately north of Bergamo are the foothills of the Bergamo Alps.

Airlines have the power to bring increased tourism to an area, and if they decide to close a route it can also have a negative impact on tourist related businesses. Following the Governments rethink, Ryanair have now reversed a previous decision to close its base in Pescara. Flights from London Stansted to Pescara will soon be back on sale.

Tourism in the North west of Sardinia was greatly hit when Ryanair eliminated some of its routes to Alghero Airport. Negotiations are continuing, but it is hoped than an agreement will be made soon to allow the Alghero base to reopen in late November.

Ryanair believe that 2,250 jobs will be created at Italy’s airports in 2017, which will give a much needed boost to the Italian employment figures. Currently Ryanair have nine engineering jobs advertised on their website at various airports in Italy.

Where they fly from

Where they fly to 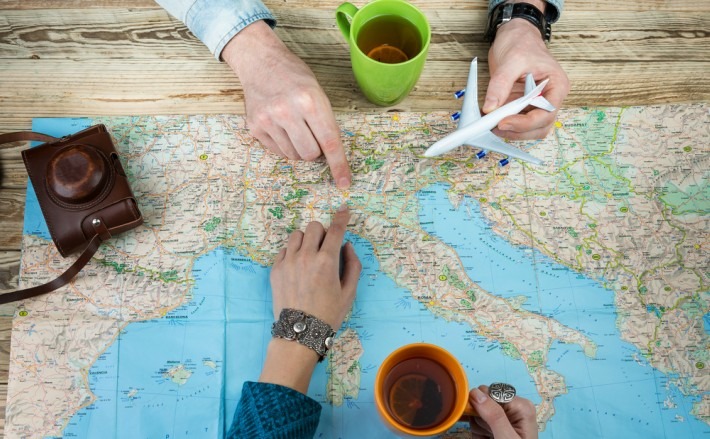 Choosing where to buy a property

When looking for a main residence or holiday home in Italy, location can be overlooked easily when you are shown your dream home with that fantastic view. Once you have lived there for a while you may start to wish the shops and airport were nearer. Personally, a 35 minute drive is about as far as I want to go to pick friends and family up from the airport. If you are hoping to rent your Italian property to tourists a location with a straightforward drive to the nearest airport is a must. It is worth checking which airports have direct flights all year around, and drawing a 45 minute drive time circle on the map, around your chosen airport. Within this circle is a good place to start your house search. Now is a great time to book flights for house viewings in September, October and November. You can often find some great flight bargains at this time of year. Check out the offers on www.ryanair.com