Italian athletes trying for medals in Rio 2016 also dream of competing in Rome 2024.

While the Italian Olympic team does their best to win medals in Rio 2016, the Italian Olympic Committee are working hard on their bid to host the 2024 Summer Olympics in Rome. Prime Minister Renzi was in Rio to cheer on the Italian team at the Opening Ceremony and to add support to the Rome 2024 bid.

Up until the start of Rio 2016 Italy had won 199 gold medals since 1896, when the first modern Olympics began. In both Beijing and London, they finished with eight gold medals. There have been some disappointments and surprises for the Italian competitors in Rio 2016. In Italian, Gold is Oro, Silver is Argento, and Bronze is Bronzo. All of which are celebrated with great enthusiasm and cries of “Bellissimo!” and “incredible!” by Rai TV presenters, who are televising the games on Rai 2 and Rai Sport 1 & 2. Expats in Italy soon start supporting Italy as their home team, partly because TV coverage mainly follows the Italian team events. You soon begin to recognise Italy’s top sports men and women. 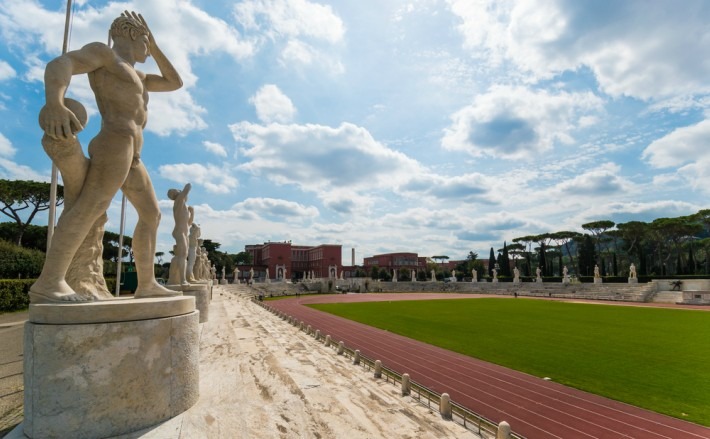 The Stadium of Marbles, Rome. ValerioMei.

The boxer, Clemente Russo, was another medal hopeful, who has come home empty handed from Rio, despite winning Olympic silver at the last two games as well as World Championship gold in 2007 and 2013.

A fall for Nibali, just 11 km from the finish of the road race.

Cyclist Vincenzo Nibali, from Sicily, is known worldwide, having won the Vuelta a España in 2010, the Giro d’Italia in 2013 and 2016, and the Tour de France in 2014. But in Rio, just 11 kilometres from the finish of the individual road race he fell so dramatically that he was catapulted onto the road, causing a double fracture of his collarbone and an end to his Olympic medal hopes.

The first Rio gold for Italy was won by 21-year-old, Fabbio Basile in the 66kg men’s Judo. It was also the two hundredth gold medal for Italy in the history of the Olympic Games. This young medallist is certainly one to look out for at future Olympics, and with his bubbly personality, he is sure to become popular with sports fans. In the women’s 52kg, Odette Giuffrida won Silver. 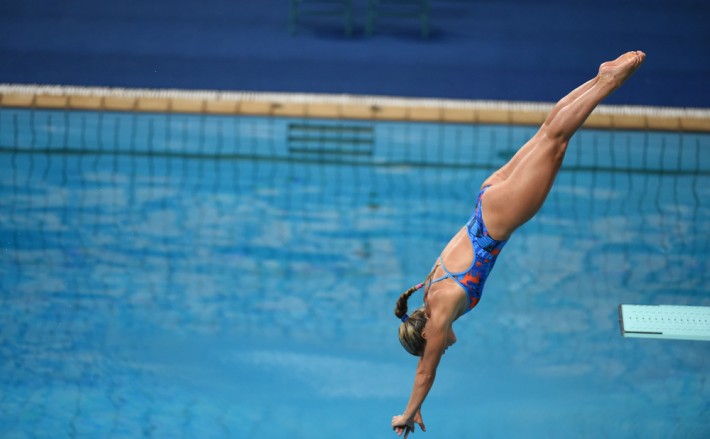 Tania Cagnotto, aged 31, is competing in her fourth Olympic games. She came fourth in the London Olympics and won gold in the one metre springboard at the Fina World Championships. An Olympic medal is something she has dreamt about for many years. This month, all her hard work has paid off, winning a Silver medal in the three metre women’s synchronised, with Francesca Dallape, and then a bronze in the women’s three metre Springboard.

Italy have sent a very strong fencing team to Rio. So far, Daniele Garozza has won Gold for the men. Elisa Di Francisca and Rossella Fiamingo have won Silver for the women and the men’s team made up of Marco Fichera, Enrico Garozzo, Paolo Pizzo and Andrea Santarelli also won Silver.

Two Gold medals for Niccolo Campriani in the shooting.

So far, Italy have four Golds and three Silvers in the shooting. Florence born Niccolo Campriani has won an incredible two Golds, one in the 10 metre air rifle and the other in the three positioned 50 metre rifle. In the women’s skeet, Diana Bacosi got gold in the final against fellow Italian Chiara Cainero and Gabriele Rossetti won Gold for the men.

At the awards ceremonies you may have wondered why the Italian team have a large seven on the front of their jackets. Apparently, it is the Armani clothing line number, called EA7. The line began from a collaboration between Armani and Shevchenko, of AC Milan (a former number seven). The famous Italian designer has created all of the Italian Team Kit.

Italy is committed to the Rome 2024 Olympic Games bid, despite the opposition of the new mayor of Rome. Italy has hosted the summer games only once, and that was back in 1960. Recent enough for some of the old Olympic facilities to be renovated rather than built anew, which has helped keep the cost of the bid down to an estimated €5.3 bn. Eleven other Italian cities also feature in Rome’s bid include Florence, Naples, Palermo, Cagliari, Milan, Verona, Genoa, Bologna, Bari, Turin and Udine, which should also benefit owners of tourist accommodation in these cities.

The President of the International Olympic Committee, Thomas Bach, was quoted by ANSA.it as saying that Rome’s candidacy is “very strong”, commenting that, “The Eternal City has a great history and a great sporting tradition”. The historical location is a key part of the Rome bid which uses the Colosseum on its logo.

The Eternal City has a great history and a great sporting tradition.

Prime Minister Matteo Renzi met with International Olympic Committee (IOC) officials in Rio de Janeiro. He told Gazzetta dello Sport that, “the Olympics are beauty, opportunities and ideals.” After seeing the Rio Olympic Village, he also commented that, “even in an Italian suburb, far from being a problem it would be a great opportunity”.

Los Angeles, Paris, Budapest and Hamburg are also competing to host the event. The winning bid will be announced at the 130th International Olympic Committee Session in Peru on 13th September 2017.