Why Greece is a safe place to live

It’s natural to be concerned about your personal safety when moving abroad. The good news is that Greece is exceptionally safe, with a special police force dedicated to helping the international community. So if such concerns are contributing to your decision regarding buying a property in Greece, let me alleviate any fears you may have.

A new report from US travel insurance for BHTP has found that Greece is one of the safest places to travel in the world, and getting safer all the time. The report not only surveyed BHTP clients but also analysed US State Department and other third party data, finding that Greece was ninth out of 20 countries.

Naturally, cities like Athens have a crime rate and there are areas such as Exarchia and Omonia where you might think twice about going at night. However, since July the new government led by Kyriakos Mitsotakis, has cracked down on crime. Illegal squats are being cleared and police patrols. Unemployment has fallen too, and there is a sense of optimism around the country that has helped to reduce crime.

Don’t spend any money on your move overseas until you’ve read The Currency Guide to Emigration, free to download.

A personal experience of crime

A few years ago while living in Athens, I was in a taxi and the driver stopped in Omonia to get a coffee. A man, high on drugs, leaned in through the driver’s open window in an attempt to take the driver’s cash float which he had left near the gear stick. I flapped my arm at him and my friend yelled, so the frightened would-be thief did a backward bunny leap into traffic and ran off empty handed. That has, so far, been my only brush with crime. 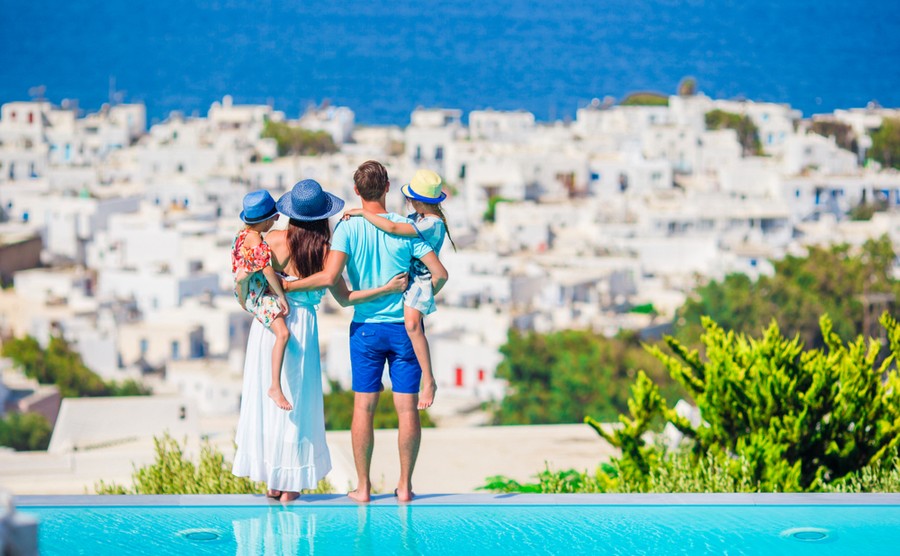 You can relax about crime in Greece

A friend had his pocket picked in the same area and two friends were robbed on the Athens metro. None of them were hurt in the incidents, but what happened next I think tells us more about the Greek character.

On hearing their story, the kind lady gave them €100 so they could stay in a hotel and make phone calls.

After the metro incident my friends went to report the crime to the police. There was not a lot the police could do by that stage, and they were politely shown the door. However, they had no money or phones to contact relatives in Britain. The female was crying while sitting on steps outside the police station, when a middle-aged woman approached and asked what was wrong. On hearing their story, the kind lady gave them €100 so they could stay in a hotel and make phone calls.

Moving before Brexit? Find out what you need to know in our free guide.

The vast majority of Greeks are hospitable and kind and I should point out that one of the Property Guides team was mugged recently in London – so it’s not just Greece that has the occasional problem.

There are different categories of police in Greece. For visitors and expats alike, the tourist police –found on the islands and in cities – are able to speak languages other than Greek and so will generally be most helpful.

On the whole, Greeks are law-abiding and serious crimes are very rare. Even when arguing they tend not to use physical violence.

Traffic police not only direct traffic, but also travel on motorbikes checking that drivers are complying with the seat belt laws or that motorbike riders are wearing helmets. They also check that valid tax discs are displayed.

You’ll often see traffic police parking their bikes and hanging about close to ATMs, drinking coffee. There is a reason for this. In recent years there has been an increase in ATM raids, which has meant that ATMs have been closed and locked at night. So do bear in mind that it might not be possible to withdraw cash after dark.

There are instances of vandalism, especially when properties have been abandoned, and cities are badly affected by graffiti (unfortunately, this is usually just in the form of ugly tags, not beautiful murals).

Incidentally, although you might assume that these properties are for sale, this is often not the case. Sometimes an owner has died and relatives are fighting over rights to the property. It is best to avoid trying to purchase a property which is being fought over.

If you are interested in buying a property which appears to have been abandoned, local people are a good source of information, as are notaries. You could ask about it in the local taverna, cafeneion or bar. However, as you may be speaking with an interested party or family member, always double-check your information before assuming you have all the facts!

Greeks tend not to wish to appear drunk in public so in tourist areas it is often the tourists who create problems! Young tourists have more freedom than they have at home and often use it to drink to excess – sometimes leading to antisocial behaviour. If you buy in the islands and resorts, this is likely to be the worst crime you ever experience. Sadly the British are among the worst culprits and Corfu and Rhodes have had to deal with antisocial British tourists in the past.

Although the law states that a person has to be 18 years old to buy alcohol, kiosk owners and shopkeepers are unlikely to ask for proof of age. It’s often easier for them to give potentially violent tourists what they want.

Drugs, especially marijuana, can be bought in clubs and on the street, and this is legal in small amounts for personal consumption. Marijuana can be grown in Greece, although much of what is sold on the streets is said to be from neighbouring Albania.

High unemployment, drug addiction and dreadfully overcrowded camps for migrants have all added to Greece’s social problems. There are reports of higher crime on those islands closest to Turkey that have seen an influx of migrants, but trouble is generally self-contained within the camps.

With youth unemployment now halved from its high of nearly 60% in 2013, we expect crime to fall further. But safety really is not a huge concern, and you are probably safer in Greece than in Britain. Outside cities there is little crime. Of course, you should do all you can to protect yourself and your property. If you intend leaving your Greek property empty, invest in a burglar alarm and ask neighbours and the local police to keep an eye on your property.