When you think of Greece, you most likely think of the popular destinations that tourists flock to: Crete, Corfu, Mykonos. But what about the lesser known Eastern Aegean islands? What potential do they have as a location for an overseas home? 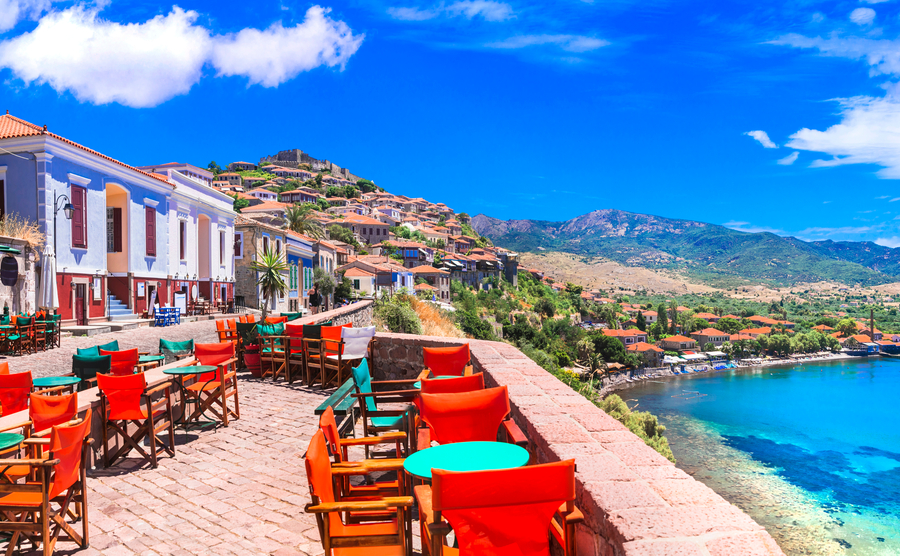 Fancy a bite to eat with views of the Med?

Who do the Eastern Aegean islands suit?

If you are the type of person who craves noise, excitement, lots of fellow Brits to chat to, nightlife, activity after activity, then the Eastern Aegean islands are unlikely to suit you. However, if you envision your overseas home as an escape from the hustle and bustle of modern life, then they will suit you. Perhaps, you work a stressful, hectic job, and want a second home where you can truly switch off. You’d like to be unreachable.

Or, you have recently retired and want your retirement years to be as quiet and as drama-free as possible. You and you are partner are freed from the shackles of full-time work, and you want to spend more one-on-one time together, relishing in life’s simple joys. The Eastern Aegean islands are perfect for introverts. People who would like to spend their post-work years reading in the sunshine, milling around an old-fashioned town, eating delicious traditional Greek food, swimming in the Mediterranean, finishing their night with a drink or two.

If seclusion is what you are after, then the lesser-known islands of Thassos and Sammos are perfect for you. If you’re after calm, but still with a little more connection to the outside world, then Lesbos would be your preference.

The Eastern Aegean islands are not the most straightforward to get to. But, maybe, you don’t want all your friends and family to hop over to your new Greek home anytime they like. To get to Lesbos, you’d need to get a flight to Athens or Thessaloniki. Then, you would proceed on to a connecting flight to Mitilini airport.

If you want to travel with minimal stopover time, here is an example of the timings you’re looking at: London Heathrow to Athens is just under four hours, then a stopover would be an hour, followed by an hour long flight to Mitlini. Alternatively, you could take advantage of the stopover time as an opportunity to have a few hours, or even an overnight, in Athens. There are airports in the other islands, but like Lesbos, you will have to get a connecting flight. If you are interested in a different way of travelling, then there are regular ferries to look into. 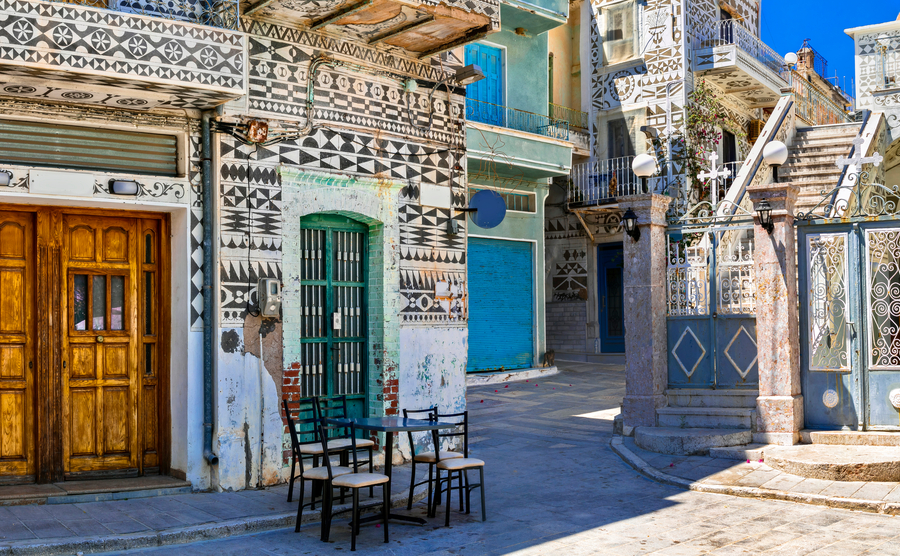 Take a trip to Medieval times in Chios!

What each island has to offer

It would be amiss to ignore that, a few years ago, Lesbos made its place in the news because of the refugee crisis. However, as one of the largest Greek islands, Lesbos has much to offer. Lesbos is known for its beautiful, traditional towns, including: Molyvos, Mytilene, Agiassos, and Plomari. These spots are perfect for endless exploring. Imagine yourself: feeling the sea breeze on your neck; walking the cobbled streets; seeing the locals in their terracotta houses.

At the very top of this scene sits Molyvos Castle. The castle dates back far, and speaks of the competing influences in the area, with its Greek and Turkish architecture. The castle is open to the public, and from it, you can see Lesbos, the Mediterranean, and Turkey in the distance. Additionally, if you fancy visiting somewhere a little unusual, there is the Petrified Forest, a fossilized forest ecosystem.

With its long coast, Lesbos has beaches for different desires. There are beaches that are well-organised, with facilities, and are designed for families – such as Petra beach and Molyvos beach. However, if your idea of the perfect beach is somewhere tucked away, somewhere that has not been over-run by tourists, somewhere you can have the beach to yourself, then Lesbos has those too. Agois Stefanos beach would be ideal for just this.

If you purchase a property on one Aegean island, you can always island hop to the next. Lesbos and Chios are great for island hopping. There are also daily ferries to Izmir, Turkey from Chios. Chois won’t just transport you to a time before tourism was raving – its villages will transport you to Medieval times.

Thassos is the most northern Aegean island, it is the closest to the Greek mainland. Thassos has stood against the external influence of karaoke bars and bright lights. It is known for its scenic beaches and mountains. The island of Sammos has a similar feel. It boasts of gorgeous beaches, long stretches for hiking, and plenty of traditional Greek food. 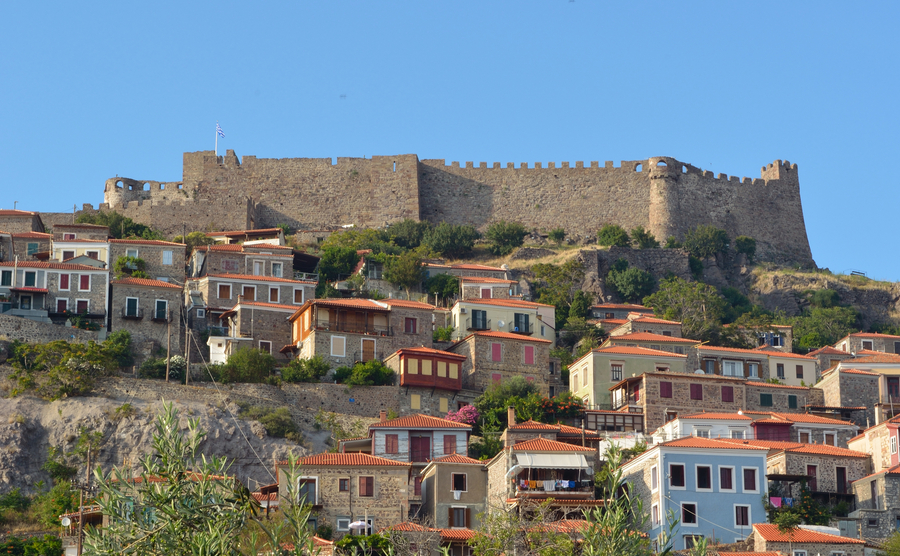 The starting price for a one-bedroom in Lesbos is around €70,000. For this price, you can expect somewhere small, rustic, and pretty. A lovely little alcove for you to spend your days as you please. If you’d prefer a four-bedroom villa, then the starting price is €400,000. Fortunately, your money can go far in the Eastern Aegean islands. Luxury properties start at €650,000, with stunning architecture, modern appliances, and views of the Mediterranean. Many of the luxury properties in Lesbos would go for much higher in more popular locations in Greece and other European regions. When it comes to islands other than Lesbos, the property market has less offerings, but the prices are similar.

Do the Eastern Aegean islands have your interest?