What is happening in Greek property? Prices may still be bumping along the bottom, but with crisis averted for another summer and the economy rising, the stars are aligning for a property recovery.

Property prices rose in large parts of Greece during the winter of 2017, a period when they would normally be expected to fall given recent history. The latest data from the Bank of Greece showed that for areas outside of the main cities, the price of new apartments rose by 1%, accelerating from the 0.7% rise in the last quarter of 2016.

While Greek GDP is rising as a result of large increases in tourism over the past two years, that has not yet translated into sales of holiday homes

The same results were not repeated in the cities of Athens, where prices dropped 0.8% in the quarter, and Thessaloniki (down 1.2%), but even in those cities the fall in prices has been slowing. For older apartments, there was no drop in prices in Athens, for only the fourth quarter since 2010. The modest rise in prices outside the cities this winter was matched by general inflation, also good news for the Greek economy which has seen nearly four continuous years of deflation since early 2013.

While Greek GDP is rising as a result of large increases in tourism over the past two years, that has not yet translated into sales of holiday homes. Or indeed any homes – the number of house sales fell by 72% between 2008 and 2016 according to a report from PwC, the lowest in the OECD, with seven transactions per one thousand properties, falling from 35 per thousand in 2005. In the UK there are around 45 transactions per thousand properties. 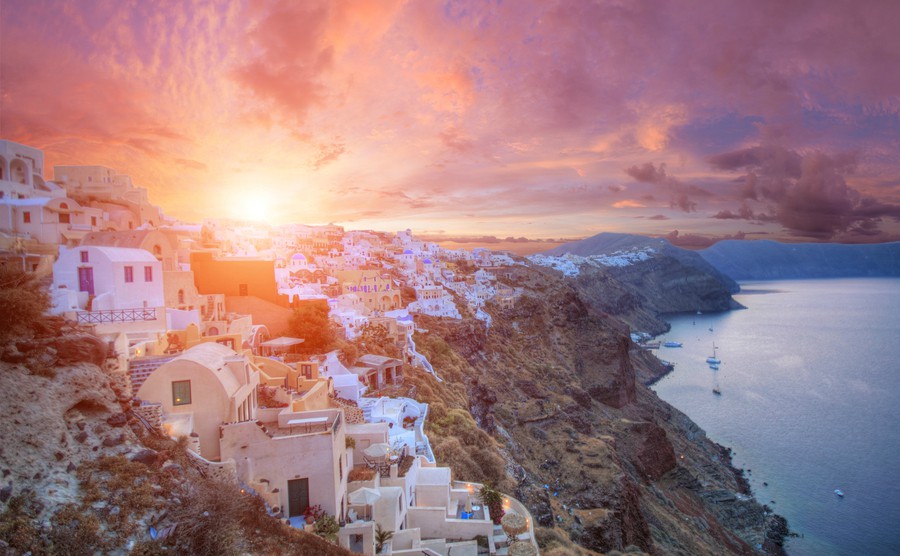 A new dawn for the Greek property market?

To read some reports, however, you might think there was nothing happening in the Greek property industry. In fact, there were 12,600 building permits issued in 2016. This is a fall from 70,000 in the boom years, but it shows that there are still new homes to be bought and new lives to be enjoyed in the Greek sunshine.

The continued uncertainty for Greek property, when things last year had seemed promising, was mainly as a result of uncertainty over the latest round of Greek bailouts. With a further rescue package agreed by the IMF last week, a summer of chaos has been averted, as has a fresh migrant crisis. This should have a positive effect on prices.

Buying and living in Greece may establish EU rights for the future. With homes available for well under €20,000, this seems a cheap option for establishing a right to live in Europe

It is a fact of property markets that most potential buyers are unwilling to risk the loss of buying until it is clear that the bottom of the property market has been reached. The evidence of countries like Spain, however, is that once the corner is turned the buyers return very quickly. Added to that is the Brexit issue. With it being evident that buying a property in Greece and living there may well secure EU rights for the future, and property in Greece available for well under €20,000, this seems a cheap option for establishing a right to live in Europe and buying a cheap property with investment potential too.