Celebrities love Greece! And we’re not just talking about the stars of Love Island here, but bona fide Hollywood superstars. So where do the world’s beautiful people holiday and buy property in Greece?

Imagine cooling off in the shallows after doing a spot of sun-bathing on the beach, only for Will Smith to float past on a lilo.

Imagine cooling off in the shallows after doing a spot of sun-bathing on the beach, only for Will Smith to float past on a lilo. The Fresh Prince of Bel Air is far from the only A-lister that has elected Greece for their summer holidays this season.

Read our Healthcare Guide to accessing medical treatment in Grece and 10 other countries.

It’s a Who’s Who as long as your arm. Goldie Hawn and Kurt Russell chose Skiathos. Keanu Reeves and Angelina Jolie opted for Paxos and Antipaxos, although not together. Jon Bon Jovi, Kendall Jenner, Nicole Scherzinger, Lindsay Lohan and Francesco Totti all chose Mykonos. The head waiter nearly dropped a plate when Scarlett Johansson strolled into the Omega3 restaurant in Platis Gialos recently, although that may have been part of the floor show. 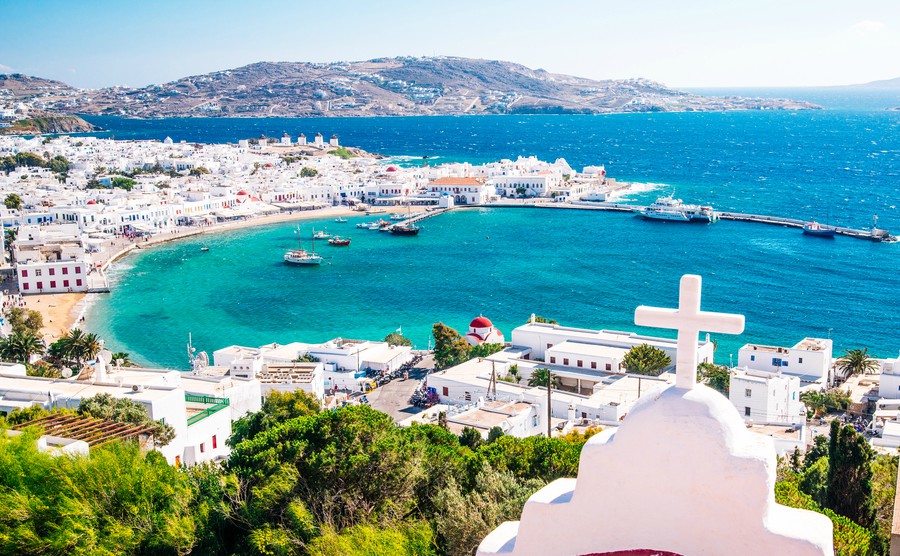 Could you get used to living like a celeb in Greece?

The dream of owning a home in one of the most beautiful countries in the world is a little easier to make a reality when you’re on a few million per movie. But it’s still possible for the rest of us! You could quite easily snap up an affordable villa or apartment that’s just down the road from a Hollywood superstar. So whose door could you be knocking on armed with a freshly baked bougatsa to welcome yourself to the neighbourhood?

Yes you can! Read our new guide, How to Pay for an Overseas Home. It’s packed with innovative ways to raise some extra finance, including equity release and Airbnb rental.

Tom Hanks and his wife, actress Rita Wilson, own a 450-square-metre stone villa located on a six-acre property on the island of Antiparos, between Glypha and Chora. The Oscar-winning actor has long sung the praises of Greek culture and music, and uses the pad to catch up with friends, throw dinner parties and unwind, away from Hollywood’s demands and flashing lights.

French actress and style icon Catherine Deneuve owns a number of properties in the coastal area of Delfini, on the island of Syros. Sean Connery owns a luxurious home on the ‘Greek Riviera’ in the Porto Heli area, as does Russian billionaire and Chelsea FC owner Roman Abramovic. While Mr Bean, AKA actor Rowan Atkinson, owns a cottage on the island of Andros.

And with a host of other celebs rumoured to own property in Greece – including Julia Roberts, Bruce Willis and Richard Gere – you will be joining an illustrious list of home owners in this fabulous country.