Property buying in Greece reached a 20-year high this week, in the same week that the EU said prices of Greek property remains at least 25% down on 2010.

There has been a surge in property buying in Greece, with twice as many properties changing hands in October as there were in August and September. The tax authorities are registering around 1,000 transactions per day compared to 500 per day in the previous two months.

There are three main reasons for this. The first is the coming rise in taxable rates (“objective values”) for properties at the end of the year. This could, for example, more than treble the taxable value in some areas. As quoted in eKathmerini, the objective value of a property in Mykonos will rise from €1,200 per square metre (psm) to nearly €4,000psm. Ithaka, Rhodes and Kos will also all see large increases. 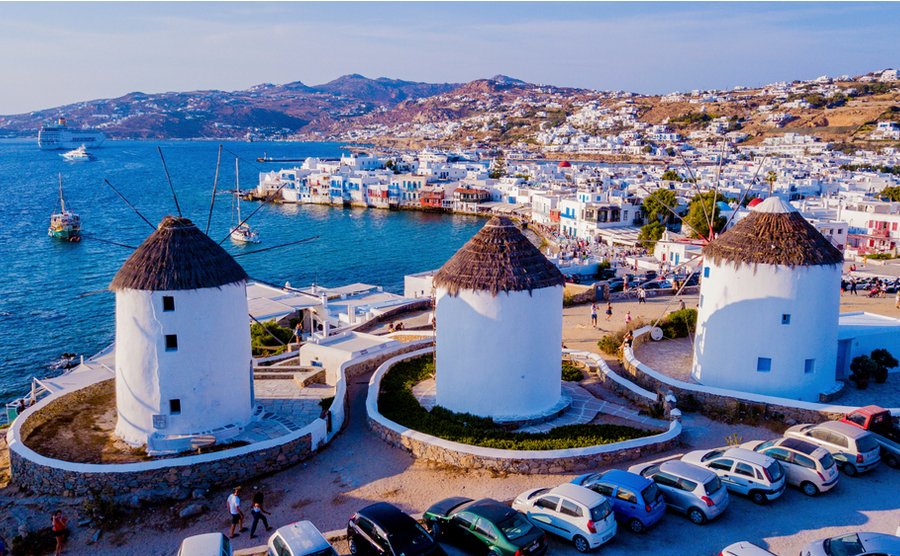 Secondly, there will be a €1,000 payment from 1 January 2022 to create an electronic ID for each property being sold.

The third reason has been a change in the law from 1 October that allows parents to transfer assets of up to €800,000 to their offspring tax-free. This has led parents to give their children property as a hedge against inheritance tax.

Two more reasons for the surge in demand, however, are the low cost of Greek properties, which have never truly recovered from the financial crisis, and high demand from overseas.

According to the Bank of Greece there was a 76% rise in property investments from overseas buyers.

The CEO of Engel and Volkers in Greece, Georg Petras said recently that 80% of home buyers on Greek islands are from overseas, with the Cyclades islands of Mykonos and Santorini particularly popular.

According to Rghtmove Overseas’ data, the biggest buyers were from the UK, followed by the US, Israel and South Africa.

Also declining since 2010 has been the Greek population, by around 7% in many areas or 405,000 people overall according to a recently published paper.

With much international investment falling in the more affluent suburbs of Athens, property prices in the north of Greece’s capital have risen by 9.9% in the past year, says the Spitogatos House Price Index.

Overall, however, the pandemic is generally believed to have cooled price rises that were running at 8.5% nationally in 2019 and in Athens at close to 12%.