How to live on a British state pension in Greece

In Britain, the state pension “triple lock” lived to fight another day after being threatened in the General Election in June. Retirees can continue to look forward to above-inflation increases. All the same, you might struggle to live on a low income in Britain, but how would you fair in Greece, should you opt to retire abroad instead?

More than a million Greek retirees live on less than €500 per month. That’s not easy for them, yet they manage to stay well-fed and healthy, largely because it is possible to live a good life in the Mediterranean more cheaply than in the UK.

According to the website Numbeo, Greek grocery prices are around 17% cheaper than in the UK, with restaurant prices 27% cheaper. Accommodation is the real winner, with rent 66% lower and property prices a whopping 72% cheaper.

But that doesn’t really give the full picture, because Numbeo’s prices are often sent in by wealthy expats. For those counting the pennies their money can go much further with a bit of careful budgeting. Here are a few tips on making your money last. 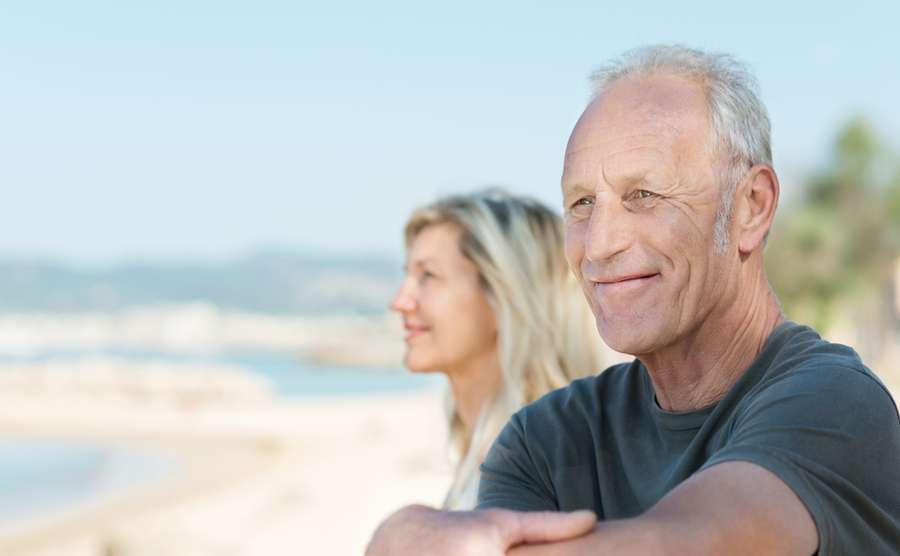 Could your retirement be simpler and cheaper in Greece?

You don’t usually need a car in Greece. The buses are plentiful and at €1.40 for an average journey, half the price of a British bus ticket. Petrol is one of the few things in Greece that is more expensive, at around €1.50 per litre. 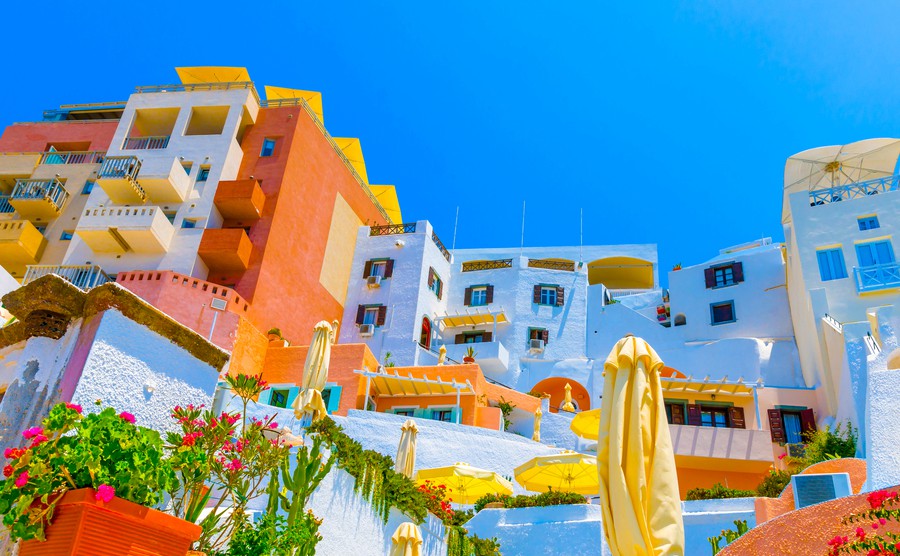 Rent on a Greek flat costs around €230 per month out of season, but many times more in summer. Organise a rental for the nine months of the year when Greece is quiet and let the landlord have it back for the summer. This might be the time for a long visit back to Britain, avoiding the summer heat and those air-conditioning bills!

The cheapest fresh vegetables in Greece are tastier than the priciest imported ones in the UK.

Haggling isn’t common in Greek markets (one of the joys of living there), but no stallholder wants to take their stuff home with them. Think of it like an episode of Ready Steady Cook and you might be surprised how creative you can be with pig’s cheeks and an aubergine. 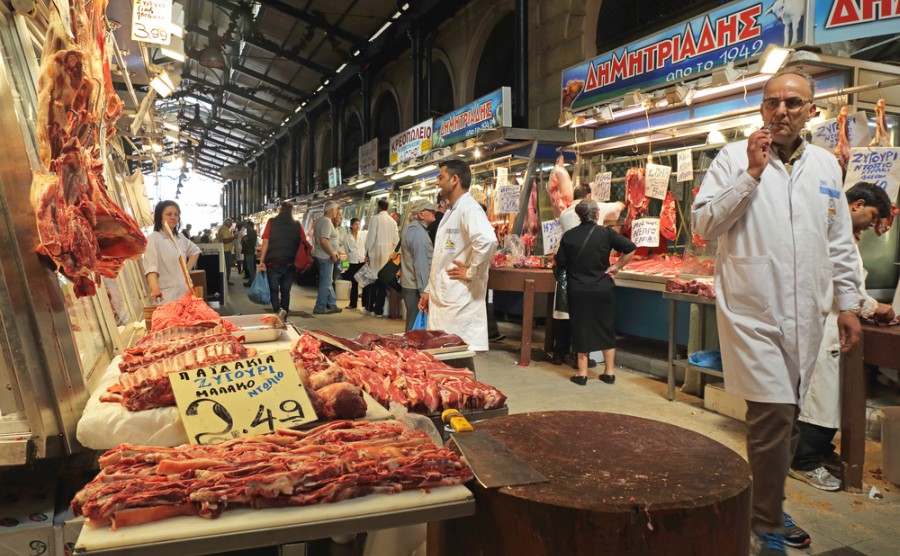 The Central Meat Market in Athens

Ask the stall holder what’s good value today and it’s in their interests to keep you happy with genuine bargains.

Heating for a two-bedroom house is around €500 per year. Or, it could be free. You might have to drive a bit, but Greece is one of the emptiest and woodiest countries in Europe, and if you can’t find enough fallen wood to get you through the winter you’re not trying hard enough. Chopping all that wood should save you gym membership too. Don’t steal anyone else’s wood, just stick to the common areas.

Heating for a two-bedroom house is around €500 per year. Or, it could be free.

7. Grow your own and squeeze!

With Greece’s high rates of VAT, eat and drink what you can grow. To grow your own orange tree: cut your orange open, take out the largest pips, wash them thoroughly in clean water, put in water and discard any that float. Dry them off and store in a fridge for three weeks. Take them out, soak a few hours then plant in a pot. Place somewhere warm and keep the compost moist. About a month later you’ll begin to see some action, and in a couple of years’ time, start squeezing.

The 24% VAT rate makes it genuinely worth fixing things that go wrong instead of buying new. In Greece, the job of repairman is still going strong – ask in your local café or bar.

Throw away your guide books – you’re not a tourist anymore! Ask your friends and neighbours where they eat out. Don’t stint on the tips if you can avoid it, that 10% might be essential to the waiter’s livelihood.

Those sesame pretzels called koulouri sold on most city squares cost around 50 cents each and taste a lot better than a £3.95 Pret-a-manger sandwich. Enjoy how the menu changes through the year, from roast chestnuts in winter to sliced melon in summer.

When it comes to property, getting a good deal is often a question of good planning and research. Download our guide: How to Negotiate Abroad to give yourself a head start.