How is Greece coping with coronavirus?

Greece hasn’t been spared the coronavirus, although living on 227 islands its spread should be slower. We asked our writers there to comment on how expats are coping and the measures Greece is taking. Lynne reports from the Peloponnese and Diana from Corfu.

The view from the mainland

Coronavirus was first reported in Greece on 26th February, but since then Greeks, along with the rest of the world, have thought about little else, says Lynne Evans.

The first reported case was a woman who had returned to Thessaloniki from Milan. Thankfully, she recovered. The next reported cases were on the 5th March; Greek tourists returning from Egypt and the Holy Land. 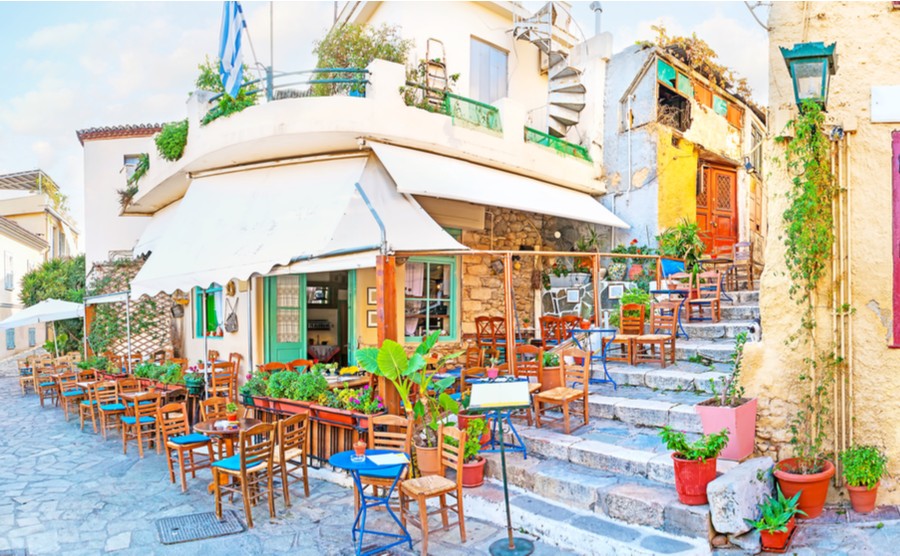 Empty cafes and streets in Athens

People have become increasingly anxious since, although most seem to believe that they are too young to be serious affected. It has slowly become clear that the virus can affect all age groups.

The letter of the law…

Greeks are, on the whole, being sensible about taking precautions to prevent, or at least, delay, the spread of the new virus. New government measures have been instrumental in ensuring people behave in such as way as to protect public health.

Last weekend the government advised Athenians to stay away from the beaches on the Athenian Riviera. They duly obliged and headed for the hills – literally. Mount Ymettus, a mountain overlooking the Athens suburbs of Ilioupolis and Glyfada, was packed with locals having a day out. They stuck to the letter of the law, certainly, but failed to obey it in its entirety.

This is much the same phenomena as safety helmets on motorbikes. The law says that these must be ‘carried’, so some motorcyclists do just that – they carry their helmets on an arm.

This week the government’s new measures include banning public gatherings of more than 10 people. Everyone has been advised to stay at home. People are taking heed of warnings and today (Thursday) the main Athens to Peloponnese motorway is reported to be 40% quieter than usual.

Athens is not on lockdown, but it might as well be.

Bars, clubs and restaurants are closed, or only open for takeaways and deliveries. The Plaka area of Athens, usually jam-packed with tourists, is deserted. Taverna owners are taking the new measures seriously as a few establishments had to be closed by the police. Athens is not on lockdown, but it might as well be.

At the moment travellers, including Greeks who re-enter the country, face quarantine on a quasi-voluntary basis, for 14 days. The exceptions are if they are responding to a family emergency. So if you have booked a 14-day holiday, the best advice is to cancel.

Today the land borders between Turkey and Greece were closed. However, these restrictions do not apply to freight, so Greece is still open for business.

The main shopping streets and malls are closed and Greek towns and cities are deserted.

The only shops allowed to remain open are food stores and pharmacies. In supermarkets there must be 10 square metres around each customer to minimise the threat of infection, and the number of customers allowed in shops and supermarkets is controlled by staff. As Greeks are herd animals, this will be tricky. Generally, they have little to no regard for personal space.

It is interesting to me, as a Brit, that Greece is taking the coronavirus threat so seriously. It seems to be more sensible than the UK’s government directives up until now.

Perhaps surprisingly too, Greeks are being calmer than the British – if videos of Brits panic-buying are anything to go by. Hopefully this will continue.

What about us expats

Well, we’re here because we love Greece. This virus is all over the world, so wherever we are, our risk of infection is much the same. I don’t know of anyone who is considering relocating because of it. In fact, I’d argue that the Greek government is doing a better job at controlling the spread of the virus than their British counterparts.

The weather is great and there’s no panic here.

The view from Corfu

We feel lucky to be in Corfu. A couple of suspected cases of the virus proved negative, so from a health point of view things are better than many other areas. And at the moment the weather is sunny and warm, says Diana from Corfuhomefinders.

Perhaps we feel a bit more comfortable being on an island. At this time of year we only have domestic flights arriving at the airport, and they are still coming in, albeit not as many each day as usual.  Domestic ferries are also still running so in theory virus carriers could still be arriving. International arrivals are required to self-isolate for 14 days.

Everyone is very sensitive of the measures introduced by the government, but it took a few days. On the first day of school closures the main square in Corfu Town was full of kids running around and playing while their parents sat in the Liston coffee shops. 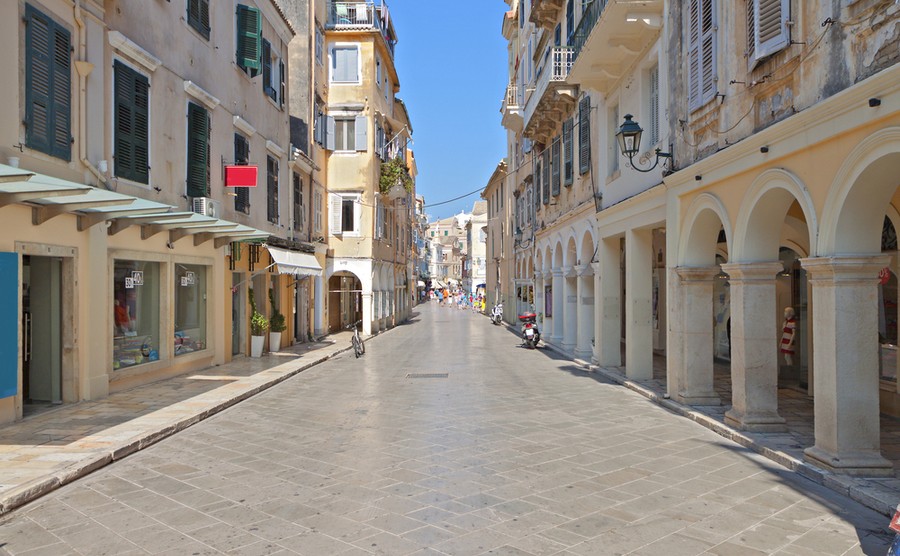 This was stopped as soon as restaurants/coffee shops/bars were closed by law. Now, most shops are closed, except for food shops, pharmacies and those business providing essential services. There is no problem with supplies from supermarkets (no frantic loo roll dash!) but entry is organised with a 2 in, 2 out policy. There is hand sanitiser at entry points, exit and the tills.

The government sent out an alarm to every mobile in the country telling people to stay at home and adopt a ‘no contact’ policy, which certainly enforced the message.  The Greeks are famous for preferring to ignore authority, but this time around, they really do seem to appreciate the necessity of the controls.

Since it is still the winter season, the closure of all tourist units until the end of April hasn’t had much effect. Few seasonal hotels/apartments or villas would be open until the latter half of April anyway.

However, Easter is probably the largest festival of the year in Corfu, drawing huge local crowds, and it’s basically ‘cancelled’. This is the last thing anyone wants. Corfu Town based businesses will certainly suffer from that, but being only a three- or four-day holiday, few hotels would have opened just for that.

The real season begins in May, and this does look to be empty. So, probably, will at least the first half of June. Everything is fluid, depending not only on the situation in Greece, but also worldwide.  Many early season flights have been cancelled, but travellers are generally being given the opportunity to re-book later in the  year.

Many of us involved in tourist accommodation in Corfu are offering our guests the change to re-book later this year, or in 2021.  It is certainly going to be a very hard year, Greece depends hugely on tourism but the overall feeling is that we just need to get through it and move on. The government has stated that there will be help both for businesses and workers, but no firm measures have been implemented yet.