Gardening under the Greek sun

If you’re an avid gardener with designs on moving to Greece there are some important things to consider before you start brandishing your trowel.

If you’re a member of this green finger brigade and planning a move to Greece you’re probably looking forward to being able to weed, dig and water to your hearts content in warmer climes. You’ll need to be prepared for very different conditions and challenges, as you swap a generous sprinkling of British rain for 326 days of Greek sun a year (and then a massive deluge in December).

Be prepared to experience very different conditions and challenges, as you swap a generous sprinkling of British rain for 326 days of Greek sun a year. 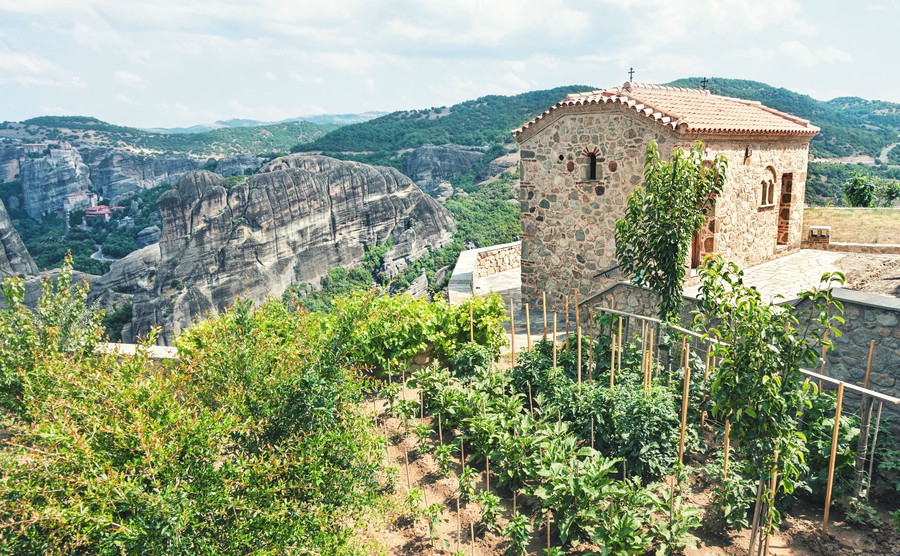 A kitchen-garden on Greece’s mainland

Buying a home with a garden

The main prerequisite for being able to don your gardening gloves is having a garden in the first place. Only then you can start thinking about stocking up on pots, seeds and fertiliser. Prices vary throughout the islands, so if you wish combine digging with some clubbing, a house with a reasonable sized garden in Mykonos is likely to cost you at least €500,000.

This house in Rhodes is not only just 250 metres from the sea, but also has a decent-sized garden, currently being rather depressingly covered in gravel. A slightly less expensive island again is Crete, with two-bedroom houses with reasonably sized gardens from €120,000. In the Peloponnese a budget of €100,000 will get you a garden, but if you wish to be like the Durrells and create a menagerie in a good-sized garden you’ll probably need to double that. One contemporary of the Durrells was the food writer Elisabeth David, who learnt about the flavours of Greek food in her own kitchen garden on the island of Syros, close to Mykonos in the Cyclades. It isn’t a cheap island, but is very Greek and far less touristy than its neighbours. 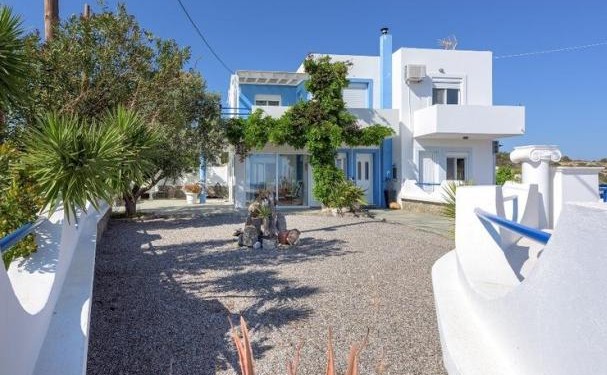 Comparing gardening in Greece with gardening in Britain is like comparing Alan Titchmarsh with Rachel De Thame. The biggest difference is in the climate. Greece is famous for being drenched in sun throughout the year, with high summer temperatures and little rainfall. Gardening in Greece – like much of the Mediterranean – is a battle to provide sufficient water and shade from the hot sun. And don’t think it gets much easier in winter either.

Once the intense heat of summer has passed a “second spring” brings plants that were dormant between June and September back to life.

During the long winter months in Britain there’s little to be done except tidying up and protecting plants from frost, but in Greece many plants remain in full bloom at the end of the year, thanks to a phenomenon that will be alien to most British gardeners: two growing seasons. The traditional spring season takes place between March and May, but once the intense heat of summer has passed a “second spring” brings plants that were dormant between June and September back to life.

For tips on maintaining a garden on a Mediterranean island, you should check out ‘The Cyprus Garden’ by Patricia Ann Jordan, which has become a must read for expats with a penchant for plants.