Flying to Greece has never been easier thanks to a comprehensive flight schedule from UK airports. If you do fall foul of a reduced winter service, however, Greece Property Guides has a cunning plan to ferry you to your chosen destination.

Purchasing a property in Greece will involve spinning a number of plates as you move through the buying process and even beyond.

One thing you won’t have to worry about, however, is being able to make it out to Greece for viewing trips, or to use your new home once you’ve got the keys. That’s because the already comprehensive UK to Greece flight schedule is getting even bigger. Or at least it is in summer. But how do you get out to islands in winter?

All the major Greek islands popular with British holiday makers are served by UK charter or scheduled flights.

Getting to the islands

Unfortunately airlines don’t offer a direct service to the islands from the UK outside the peak season – May to September. To reach your property you will have to fly to Athens and take a connecting flight. Here are some of your options if you need to get to Mykonos, Corfu and Crete  during the winter months:

Crete during January one way 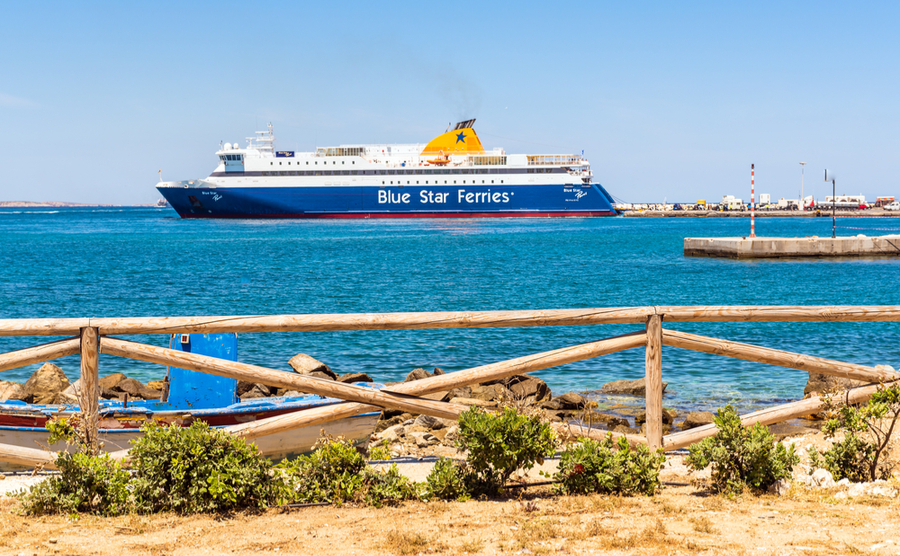 Taking a ferry from Athens is an adventurous way of getting to the Greek islands. (vivooo / Shutterstock.com)

Corfu during January one way

Mykonos during January one way

• London from £188 with Aegean Airlines (both flights)

• Manchester from £151 with Aegean Airlines (both flights)

If you have your heart set on buying a home on one of the islands, it’s also possible to fly to Athens and take a ferry from Piraeus – a short Metro ride from the centre of Athens. Blue Star, widely regarded as Greece’s best domestic shipping provider, sails almost daily to Mýkonos, Santoríni, Pátmos and Rhodes. Anek, which is slower but cheaper than Blue Star, sails regularly to Santoríni, Pátmos, Rhodes and Crete from Piraeus. Hellenic Seaways is the sole provider of services from Piraeus to Hýdra (catamarans).

You might be able to save a few euros by effective negotiate. Read our guide, How to Negotiate Abroad, for essential tips on how get a better house for your money.

If you’ve purchased a pad on the mainland in or around Athens, or you need to take a ferry ride from Piraeus, a flight to the capital will take a little over three hours. Built for the 2004 Olympic Games, the airport itself is situated 40 kilometres east of the city.

Daily flights are available with British Airways from Heathrow and Aegean Airlines, the latter also offering a summer service from Manchester. EasyJet flies direct to Athens from Gatwick, Edinburgh and Manchester.
When summer comes round, a number of charter flights are available with airlines such as TUI. What’s more, you can fly to Athens throughout the year on flights via a number of European hubs such as Paris and Amsterdam, with a range of European airlines.

If you are buying in Greece this winter, Greece Property Guide can introduce you to specialist international lawyers and currency experts. Call us on 020 7898 0549 or email [email protected].

Several new services have recently taken to the skies or are in the pipeline.

• Since the start of November EasyJet has been flying from Bristol to Athens , with tickets starting at just £28.49 each way