East vs west Crete: which would suit you best?

Greece’s largest island, Crete is also the country’s most popular destination for foreign homeowners. Historically, most resident expats prefer the island’s more traditional west and while the east is known for its handful of lively holiday resorts, one corner there has become a hot spot for luxury living…

Nowhere in Greece is being thrust into the international limelight on the same scale as Mirabello Bay, located an hour from Heraklion beyond the package resorts of Malia and Hersonissos in eastern Crete.

On the western side of the bay, which is the largest in the Greek Islands, an increasing number of carefully designed villas and boutique developments are springing up around the pretty harbour towns of Elounda and Agios Nikolaos. The area is already home to a selection of luxury hotel resorts, including Elounda Beach, Elounda Bay Palace, Elounda Mare, Elounda Gulf Villas, and the fine Porto Elounda. And with 64 suites built across six levels accessible by funicular, the recently opened Cayo Exclusive Resort and Spa is turning heads.

Find homes in Crete via our property portal.

For buyers looking for a coastal location that combines authenticity with exclusivity, access to five-star amenities, stunning beaches and quality harbourside dining, Mirabello Bay is a very tempting alternative to Mykonos or other prime Mediterranean island destinations, such as Mallorca or Sardinia. Little wonder, local agents estimate annual price rises of around 10 per cent in recent years. 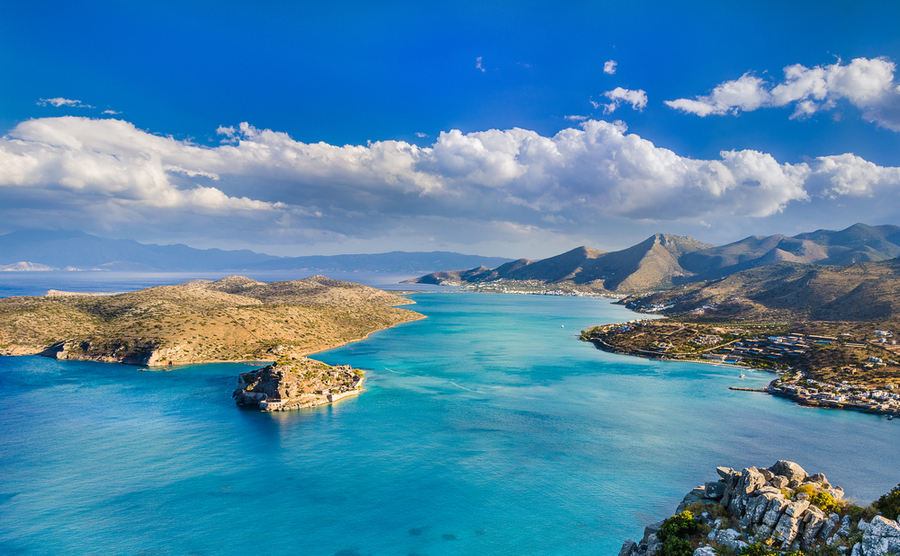 Panoramic view of Spinalonga and the gulf of Elounda

One landmark project that is raising the bar even higher is Elounda Hills, set to be Crete’s first integrated resort offering branded residences and villas. Occupying a 85-hectare site in the gently rolling terrain between Elounda and Agios Nikolaos and scheduled to open in 2025, the finished masterplan includes 600 residences, hotels, all types of leisure facilities and a private 200-berth marina. Other highlights will be a two-kilometre long promenade and its own vineyards and olive groves.

Laid-back Elounda is an old harbour town that sits in its own sheltered bay formed through its connection with the uninhabited island of Kalydon and pretty islets of Kolokythas and Spinalonga, the latter featuring in the acclaimed novel The Island by Victoria Heslop, who has a home near Agios Nikolaos. Besides its fine harbouside restaurants and colourful old buildings, its home to two of Crete’s most important archeological sites – the ruins of the sunken city of Olous and the Venetian fortress on Spinalonga.

Larger Agios Nikolaos is busier but no less charming, with bustling tavernas, traditional shopping, boutiques and trendy bars. Built on an ancient city, at the centre of the old town is the legendary Lake Voulismeni, and there is also a commercial port and marina. 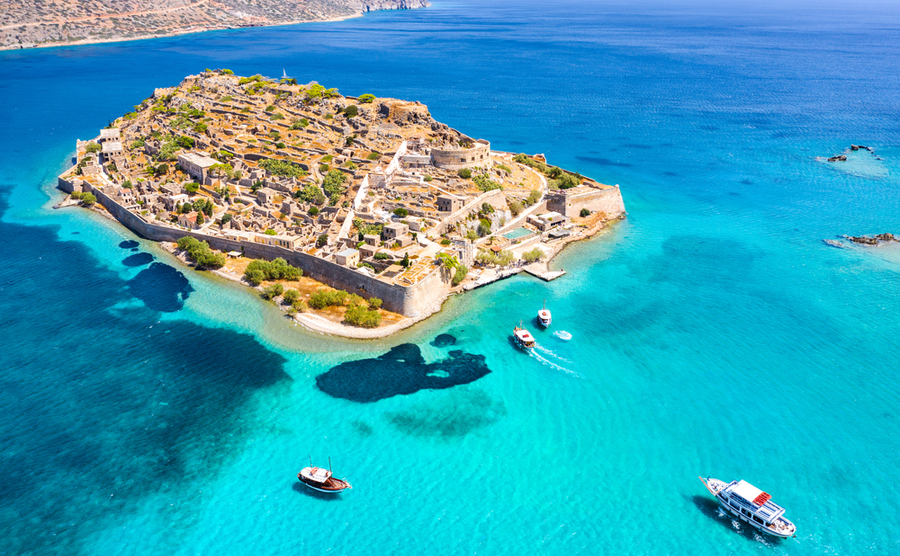 View of the island of Spinalonga with calm sea

Another sought after area is around the small fishing village of Plaka, located just north of Elounda.

Property prices in the Mirabello Bay area can vary significantly, depending on type and location. Typical prices for luxury villas near the beach or occupying prime plots in the hills range from €750,000 to €4m, but those within the town of Agios Nikolaos can be found for less. Older apartments and houses in villages off the coast or in less appealing locations start for less than €100,000. While a good selection of plots, many with prime views, are available for €100,000-€300,000.

Of course, western Crete will remain the preferred choice of many foreign buyers, with the Apokoronas district being especially popular. Overlooked by the mountains and with lush green countryside rolling down to the beaches, this pocket of the island is conveniently located between the west’s main cities of Chania and Rethymnon. The area is ideal for retirees who are just as happy in a small village 5-10 minutes’ drive inland as front-line to the sea. 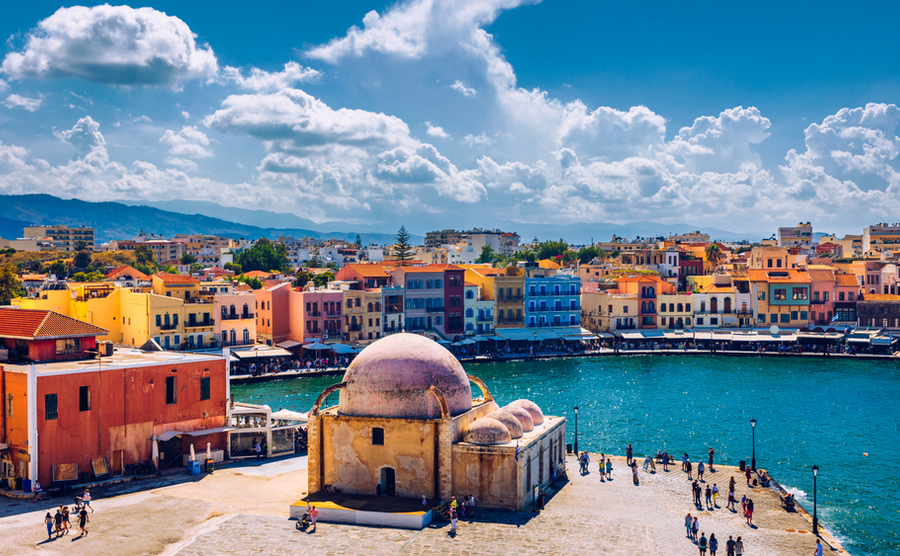 The ancient port city of Chania with its pretty old town

Further west, the ancient port city of Chania with its pretty old town and beautifully preserved waterfront suits those after a more lively metropolitan lifestyle.