All roads lead to Rhodes!

A top pick for holidaymakers in Europe, Rhodes is fast becoming one of the most exciting islands to own a Greek property. It’s also home to a new global initiative for sustainable tourism. So, where should you consider buying property in Rhodes?

Reflecting this, tourism chiefs in Greece are expecting a bumper year. They announced in February that the official start of the holiday season for 2022 is March; two months sooner than last year. “There is great demand and great dynamic for Greek tourism in 2022,” Tourism Minister Vassilis Kikilias said in February. “Big tour operators, big airline companies, want to prolong the period (from March through December).” 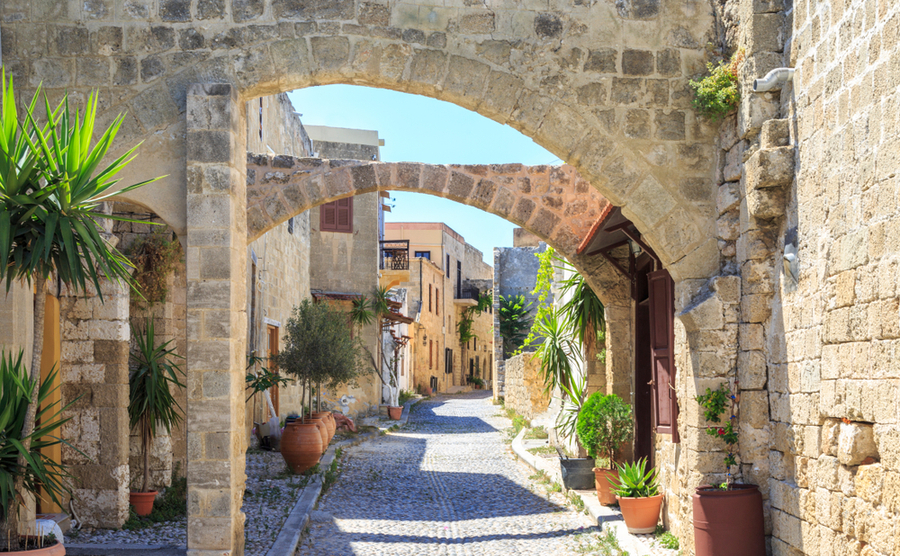 Rhodes is now the fourth most popular holiday destination for Europeans

More flight options will make Rhodes easier to reach this year. EasyJet, Jet2, TUI and BA’s new Gatwick-based Euroflyer service all announced new routes to the island in recent months. Great news for anyone itching to jump on a plane and start their hunt for a property in Rhodes, or wider Greece.

Most of us want to know that we’re buying a home in – or retiring to – a place that truly cares and looks after its environment. So there is more good news for Rhodes, which is already steeped in history and has a UNESCO-protected main town. In a joint effort with Tui and the local governement of the South Aegean, Rhodes Co-Lab will spearhead an initiative to promote sustainable development in holiday destinations.

The launch in January was graced by none other than the Greek Prime Minister Kyriakos Mitsotakis, the plan, says George Chatzimarkos, Governor of the South Aegean Region, is “a vote of confidence to Rhodes, to the islands of the Region of South Aegean but also to Greece”.

Where to buy property in Rhodes

Spanning 50 miles from cosmopolitan Rhodes Town, with its world-famous medieval quarter and harbour, in the north to the wind and kite-surfing paradise of Prasonisi in the southern tip, Rhodes offers an exotic melting pot of cultures, historic sites spanning multiple epochs, pretty beach resorts and charming old villages.

Most holiday homes in Rhodes are on the east coast. Here you’ll find a string of beach resorts and traditional villages, both on the coast and a few minutes inland. The west coast is greener, less developed (once you pass the large resort of Ixia in the north-west) and noticeably windier, making it popular with wind and kite-surfers.

Sticking to the east coast, Faliraki with its never-ending stretch of sand overlooked by an hotels. The island’s most touristy stretch of coast, it has an abundance of night spots.

The pick of the properties

House-hunters wanting a more Greek community should head south. Their first option could be Afantou, a pretty white town with excellent amenities that overlook a sandy beach lined with seafront tavernas. Continuing along the coast, beaches at Tsambika and Kalathos make these peaceful areas equally appealing for a holiday home.

Next comes Rhodes’s real gem, Lindos. This beautiful old white town of winding streets is set between picturesque sandy bays and boasts incredible views. Lindos is as much a favourite with Greeks as foreigners, so you’ll pay a premium for the most central properties, if you can find one. 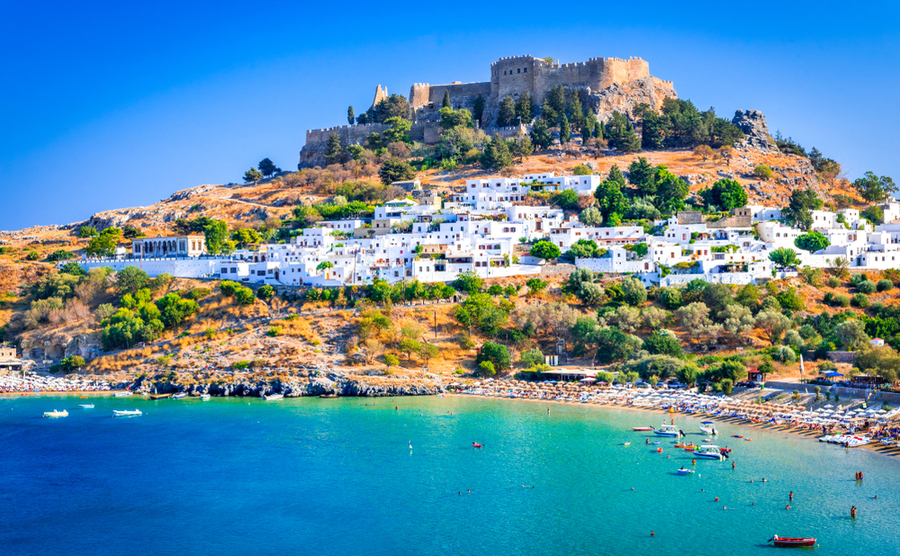 Lindos is a beautiful old white town with winding streets

An attractive alternative could be Pefkos, with its sandy beach, good choice of tavernas and amenities, and all still just five minutes from Lindos.

Continuing along the coast, two more traditional options offering a Greek lifestyle. The village of Asklipio is slightly inland but with superb views. Genadi is a year-round community with tavernas on the beach. This area is also home to Kiotari Beach, an upmarket, modern corner of the island with luxury spa hotels, great shops and highly-rated tavernas.

By contrast, a quieter and less touristy option with lovely beach could be Lachania. If being close to the excitement and cultural highlights of Rhodes Town is a priority, check out Koskinou and Kalythies.