Six tips for settling in to life in Greece

Buying a property in Greece is just the start of your own Greek odyssey. If you’re making a new life in this wonderful country, or simply buying a home for long holidays, understanding a little of the lifestyle and philosophy will help you make friends and settling in.

Moving to another country can be a huge life change. Allow yourself a little time to get into the swing of things. You might miss home at first (or you might not in the least!), and experience a little bit of culture shock to start off with even if you’ve been here many times before.  but to help you get used to Greece and everything life here involves, here are our tips for settling in… 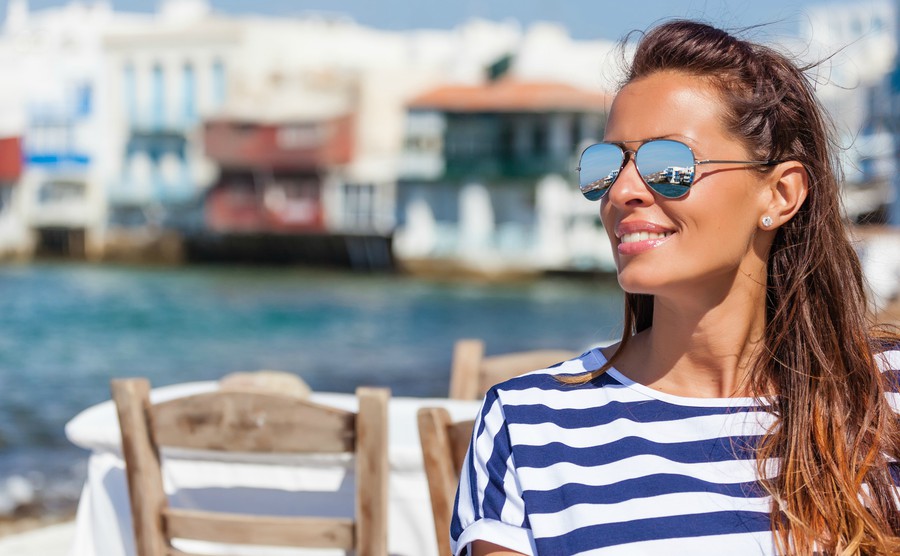 Settling in to life in Greece

When you move to Greece, you’re doing more than just buying a place in the sun. You’re buying a piece of the world’s most philosophical and deep-thinking culture. Philosophy is not some airy-fairy talking shop in Greece; they take it very seriously, even today. Greek philosophers were the first scientists and their findings, like Shakespeare’s writings, have helped us understand what it is to be human. If you’re moving to Greece, it’s worth giving the writing of Aristotle and Socrates a whirl.

Try the playwrights, such as Aristophanes. He’s the one who write the comedy about the women of Athens who refuse sex with their husbands until they stop fighting! Or Aeschylus, who wrote tragedies and fought at the Battle of Marathon. At least read up on a few Greek myths. Check out Stephen Fry’s new book, Mythos, and you’ll soon be swapping tales in your local cafe with the locals.

… And watch the world go by.

The kafeneía, usually translated as cafeneon, is usually the hub of any Greek community. Greeks drink twice as much coffee per head as the British, but it’s about more than coffee. Cafés are the most popular meeting place for young and old, men and women. These days you’ll usually see the older folk in a traditional cafeneon, drinking strong, Greek coffee, while the youngsters stick to the trendier modern kafeteria and drink cappuccino or frappé. It is always somewhere you will be able to practice your Greek and find any local service from bathroom fitter to taxi driver.

If you can’t beat the politicians, join them

The Greeks also invented democracy, the art of rhetoric and political argument. After ten years of political upheaval that would make even the British wince, you’ll want to know your Pasock from your Potami, your Golden Dawn from New Democracy. Elections are every four years on a system of proportional representation, but often come around more often than that. The Greek parliament has 300 seats, with 250 contested and the largest party given a bonus of 50 seats to encourage stable government.

Come on, you can do it! It takes around 720 hours of study to be fluent in Greek. That may seem a daunting total at first glance, but break it down and you could be fluent in a year or two quite easily. For example, 45 minutes a day of study plus 30 minutes of focused reading of the local newspaper with your morning coffee. Watch Greek TV and listen to local radio and by this time next year you will be well on your way. And remember, every Greek person who you speak to in English has made the effort and succeeded in mastering a new language (and alphabet). So no excuses!

You might find you’re wearing fewer clothes in Greece, but outside of the holiday fleshpots, Greece can be relatively prudish. Partly that is down to the influence of the Greek Orthodox Church, which is stronger than in most western nations.

Greece is an open and tolerant society, but it does lag behind the UK a little in attitudes to LGBT lifestyles. A recent survey by the International Lesbian, Gay, Bisexual, Trans and Intersex Association (ILGA-Europe) found that Greece ranked 16th out of 49 European countries for gay rights. Same sex couples are still unable to marry in the same way as heterosexual couples, to adopt children, pay for maternal surrogacy services or have state access to IVF treatment. Popular LGBT areas include Gazi, in Athens, Eressos in Lesbos and the island of Mykonos.

Popular LGBT areas include Gazi, in Athens, Eressos in Lesbos and the island of Mykonos.

It was one of the first countries to legalise homosexuality, in 1951, but only equalised the age of consent (from age 15) and allowed civil unions between same sex couples in December 2015. A survey conducted after the Civil Union Bill was adopted found that 56 percent of the public supported it with 29 percent opposing it. 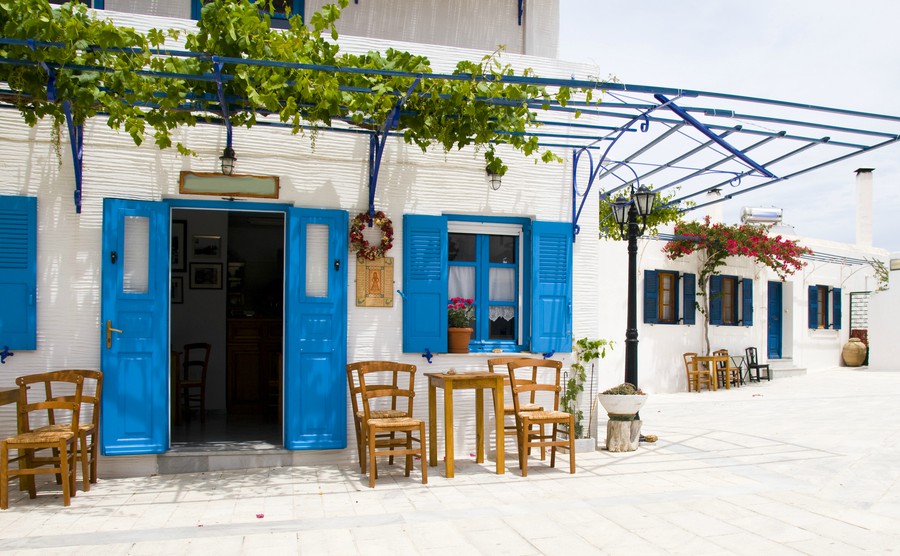 The Greek cafeneon: your table awaits

If all else fails, how to watch British TV

No matter how deep we settle into our new communities, most of us love a dose of British TV every now and then. The usual method is using a “virtual private network” (VPN). This allows you to mask your location in Greece and receive TV services via the internet, as if you were in the UK. This is legal, if a breach of the broadcasters’ terms and conditions. UK broadcasters try to prevent the VPN operators, so you may need to change supplier every now and then. You may wonder why they would want to stop you watching British TV. Primarily, it is down to copyright issues and broadcast rights. Broadcasters earn a lot from selling programmes and formats to foreign stations.

Some British TV is available in Greece. You can watch British football via a local channel

You can also get a satellite dish, though you will need very large dish to receive UK channels, plus a UK based subscription. Some British TV is available in Greece. You can watch British football matches via a local channel called Nova, which has bought the rights. Netflix is also available to watch in Greece, with monthly subscriptions starting below €10.

Shortly before the Brexit vote, the European Union had put into place new rules that would have forced the BBC and Sky to offer their services in other European countries too. That seems likely to be abandoned, but could be part of the Brexit negotiations.