Paphos, the most popular location in Cyprus for international buyers

Paphos is a favourite among foreign homebuyers in Greece. In fact, over 50% of readers in our most recent Greece homebuyers survey told us that Paphos is top of their list for home locations in Cyprus.

I’m here to investigate what makes it so popular and what the southwestern coastal city has to offer. 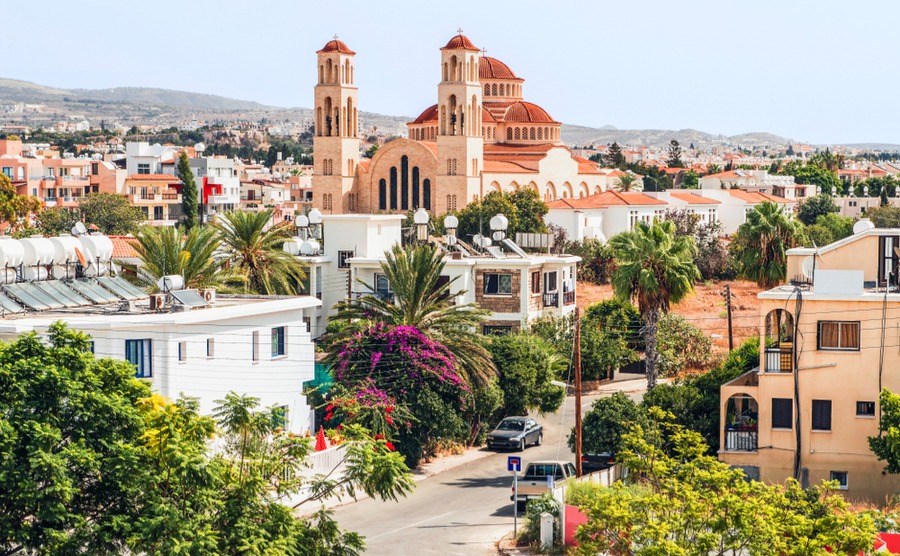 For many expats deciding where to buy in Cyprus, Paphos is the first choice – it’s a livable size, with plenty of amenities and good beaches.

It’s a cultural hub for nearby villagers

Paphos is accessible by the Polis road (near the industrial area) which leads to lots of nearby villages. These include Mesa Chorio, Mesogi, Tremithousa, Tala and Kamares. While New Paphos has a booming city centre, few actually live there. It’s more popular for expats to reside in villages just outside the city, giving them the perfect balance of city and village life. 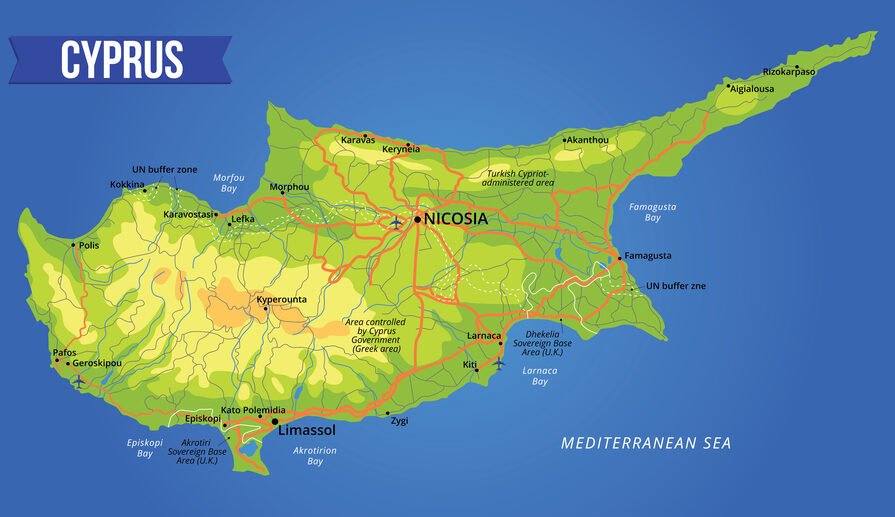 Paphos has its own airport

It’s easy to get to from the UK

If you’re using your Cypriot property as a holiday home, you want it to be within a reasonable distance from the airport, so it’s easy to get to. For those looking to move permanently or retire to Cyprus, it’s likely you’ll have the same priorities as family and friends will come and visit when you’re settled. This is a huge contributing factor for Cyprus expats, and part of the reason why Paphos is so popular. If you’re flying from London, there are four flights a day going to and from the UK, direct to Paphos at affordable rates. 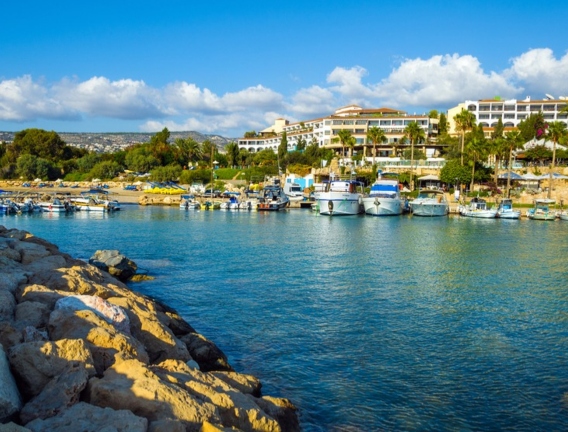 With the beautiful harbours of the Med on their doorstop, expats in Cyprus profit from a relaxed, idyllic lifestyle in Paphos. Living there is described as traditional, with the feeling of always being on holiday. It’s worth noting that Paphos isn’t for those who enjoy the hustle and bustle of being in a central city like London, Newcastle or Leeds.

If you’re looking forward to Cypriot culture, Paphos is great for its everyday amenities. In the Old Town you’ll find the Municipal Market, where you can buy everything from fresh fish to handmade jewellery. 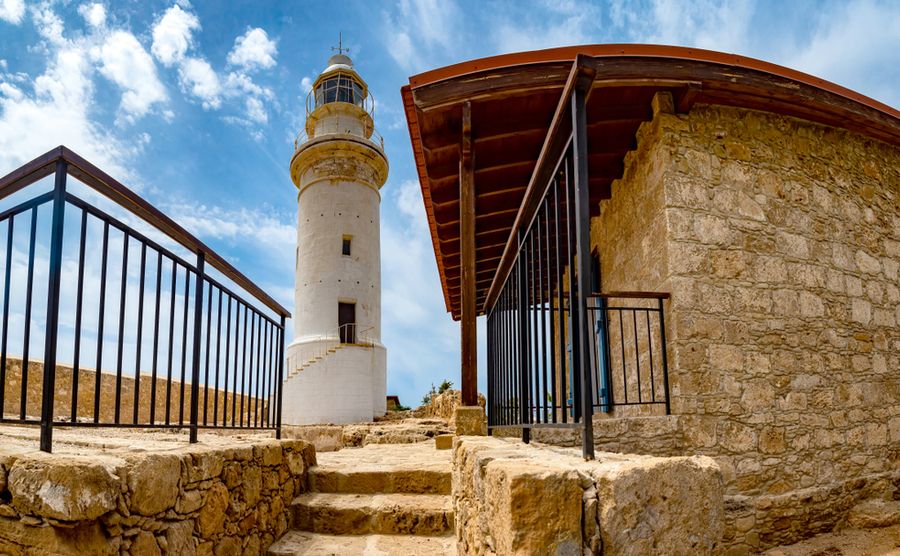 Paphos is rich in history

If you’re into history or archaeology, Paphos is the place for you. Paphos has been inhabited since Neolithic times and has several places dedicated to Aphrodite, the goddess of love. There’s so much to discover here from the UNESCO world heritage site to the sandy beaches.

The Old Town hugely benefited from a makeover when the city won joint first for European city of culture in 2017. In the old town, you’ll find the Archaeological Park which is considered the most important site in Cyprus. Hugely popular with tourists, the park holds remnants and ruins of a lost Roman city.

Expats in Paphos have so many options when it comes to occupying themselves. Since the weather is generally good for nine months of the year, there are lots of outdoor activities available. If you’re into sports, there’s beach acitivities, the well-known rugby club and tennis clubs you can join. 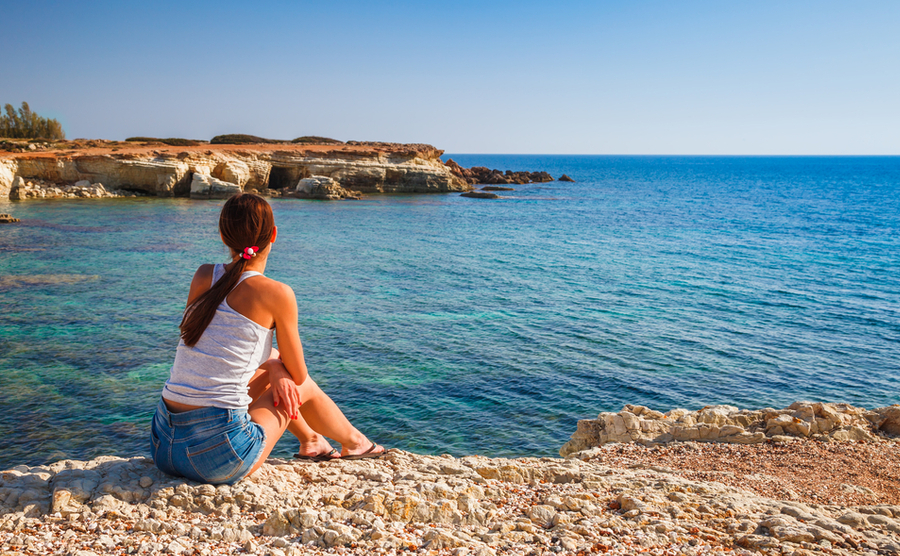 Could this be you, this time next year?

Most people speak English in Paphos

Around 50% of expats in Cyprus, live in Paphos. Expect to meet likeminded Brits and a handful of jolly Europeans who’ve moved further south to enjoy the Mediterranean sun. Beyond the obvious benefit of not having to learn a new language, there’ll be less barriers between you and the locals in Cyprus. Don’t be afraid to interact with them. Cypriots are known for their welcoming manner and i know from friends who’ve moved there, that expats who socialise in Cyprus tend to do better when settling in.