What’s the latest in the Cypriot property market?

International buyers can’t seem to get enough of property in Cyprus right now. The latest data shows Paphos, Limassol and Famagusta are all experiencing increased interest from foreign investors, thanks to new projects, an improving economy and better flight links.

The rise in popularity of Cyprus among property investors is continuing in 2018, a trend which began in 2017 when buying reached an eight-year high. The Department of Lands and Surveys revealed that February 2018 showed a 46% rise in transactions year-on-year. This follows on the pattern of recent months, so cannot be entirely blamed on the “Beast from the East” driving British house-hunters south!

The rise in popularity of Cyprus among property investors is continuing in 2018, a trend which began in 2017 when buying reached an eight-year high.

In both January and February this year, around half of the 650-700 properties sold in Cyprus in each month went to international buyers. February 2018’s overall total of 666 properties sold was a sharp rise on the 456 sold in February 2017, and was the highest recorded since 2010. Famagusta’s sales rose by 174%; Paphos by 87% and Limassol by 45%.

The Cypriot property market in 2017

Although Paphos is the most popular area for overaseas buyers (with 36% of foreign sales there), more overseas buyers were looking east to Famagusta too. The biggest growth area for overall sales contracts was Famagusta with 44%, while Nicosia was second with 42%.

More overseas buyers were in Cyprus partly because of property tax incentives and the “golden visa” scheme, which has attracted mainly Chinese, Russian, Indian and UAE buyers. 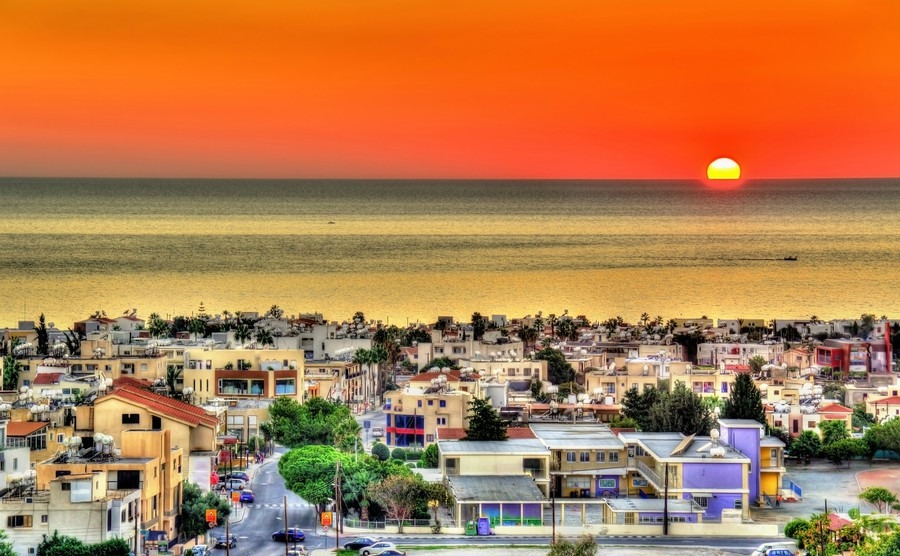 Paphos is a perennial favourite with overseas buyers

The draw of Cyprus’ burgeoning high-end property scene saw a staggering 260 units – averaging more than €1.5 million each – sold in 2017. The highest concentration of these properties was sold in Limassol with just over half, with Paphos second with 36% and followed by Famagusta, with 9%.

While the property range was between €1.5 and €2 million, demand for property in excess of €2 million is on the rise. Fortunately, these ae exactly the kind of high-end units that Cyprus has been building.

If you are ready to buy in Cyprus, you’ll have a few financial matters to sort out. For advice on currency, download the Property Buyer’s Guide to Currency.

The behaviour of residential property prices across Cyprus is captured by two indices: the Central Bank of Cyprus (CBC) index and the Royal Institution of Chartered Surveyors Cyprus (RICS) index. Both indices have been falling since 2010, reflecting the declining trend in demand for residential property, including demand for holiday homes by foreign buyers.

This negative trajectory continued until 2015, resulting in an overall drop in residential property prices for the period in the region of 26% to 33% compared to 2010 values. Since then they have been rising, slowly in 2016 and more rapidly in 2017. Annual increases were recorded in the majority of areas, with the highest ones seen in the provinces of Nicosia and Limassol.

The CBC’s Household Price Index said: “On an annual basis, house prices recorded an acceleration of 1.4% in the third quarter 2017, compared with 1.1% in the previous quarter. This trend reflects prices of flats registered an annual increase 3.7% and is retained by its slower growth of 0.7% recorded by house prices. The ongoing price increases in housing in relation to other relevant indicators confirm that the real estate sector in Cyprus is on a steady upward course.

On an annual basis, house prices recorded an acceleration of 1.4% in the third quarter 2017, compared with 1.1% in the previous quarter.

The bank said that price changes based on province-by-province data showed all provinces, except Paphos, as recording increases. An increase in house prices was recorded at 0.4% in Nicosia, 0.6% in Limassol, 1% in Larnaca and 1.1%in Larnaca and Famagusta.

As for annual changes in the overall house price index per province, the biggest increase was recorded for another quarter in Limassol, of 2.6%. An increase of 1.3% was recorded in Nicosia and 1.6% for Famagusta.

The 32nd edition of the Royal Institution of Chartered Surveyors Cyprus (RICS) index underpins these findings. It reports that up to September 2017, across Cyprus, residential prices for both houses and flats increased on a quarterly basis by 1.7% and 0.5% respectively, with the biggest increase being in Limassol with quarterly increases of 4.1% for flats and 5.5% houses.

New buildings have been going up in Cyprus in line with transactions and prices since mid 2016. The number of building permits being issued suggests that this will continue. Building permits granted for 2017 totalled 5,728, the highest since 2012 (5,341), and compared to 5354 in 2016. Both the number and value of building permits increased in 2017, by 7% for the number but a massive 49% in value. So if you’re looking for a luxury property, you’ll have a good range to choose from in the coming years. 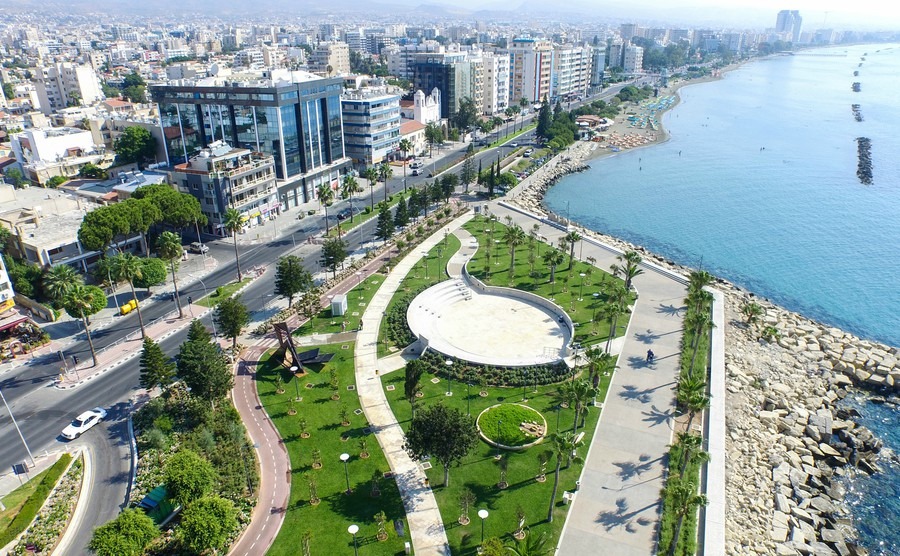 Limassol has been at the centre of the increase in construction

The main focus of new developments is around Limassol with news of two mega projects. The Icon Construction is a 21-storey residential development by Imperio Properties. It will provide 54 residences together with restaurant, sports, leisure and lifestyle amenities. These include an outdoor tennis court, fitness and yoga club and an infinity-edge pool. Each of the homes will include concealed air-conditioning units and a full installation of under-floor heating. It is set to conclude in 2020.

The main focus of new developments is around Limassol

Russia’s wealthiest woman, Elena Baturina, has submitted plans to build a high-end 12-storey residential development of more than 7,000 square metres next to the beach and close to the Limassol city centre. The plot of 4,600 square metres on which the project will be built was acquired in November 2016. ‘Symbol’ is scheduled to start this July.

Whatever type of property you wish to live in when you get to Cyprus, knowing how to negotiate for your property should get you a little more house for your money! Download our guide: How to Negotiate Abroad.

Real estate and construction account for 14% of the Cyprus economic activity. The Cypriot economy recovered quickly from the economic crisis, unlike its friends in the Greek islands. It left the financial assistance programme early (having used €7.3bn out of the €10bn made available). GDP growth accelerated in 2017, with its expected  3.4% growth among the fastest growing in Europe. According to IMF forecasts, the Cyprus economy will grow at around 2.5% in each of the next two years.

Unemployment is falling fast. Even though it still stands high among young people and the long-term unemployed, it should be in single figures by 2020.

Many of those new jobs will be in tourism. Between 2004 to 2014, the average number of tourist arrivals was around 2.4 million. Tourist arrivals increased significantly both in 2015 and 2016 reaching 2.7m and 3.2m respectively. In 2017 tourist arrivals recorded a historical high of 3.65million; a 14% annual increase. Part of this is the unhappy fallout from terrorism in Egypt, Tunisia and Turkey, but there were positive reasons too, including new airline routes and carriers providers.

As per the latest available data (Q3 2017), on average, 35% of tourists visit Paphos, 36% visit the Famagusta area (Ayia Napa and Paralimni), whereas Limassol and Larnaca account for 11% and 9% of tourist visits each.

The United Kingdom, along with the Russia, continues to send most tourists, with visitors from the two countries making up around 57% of total tourist arrivals in 2017.