Historic or modern Limassol? The choice is yours

Discover both sides of Limassol. Today it’s perhaps the most cosmopolitan and vibrant coastal city in Cyprus, but its rich history hasn’t been forgotten.

Old v new: it divides opinion across the globe. Modern developments and the historic buildings they dwarf often struggle to live side by side in harmony. But this isn’t always the case when there’s an eclectic mix of architecture filling the landscape.

Located on the shores of Akrotiri Bay, on the southern coast of Cyprus between Paphos and Larnaca, Limassol – the island’s second largest urban area – is a tale of two cities: an intriguing combination of modern architecture and the remnants of the island’s turbulent and multicultural past, from the Crusaders to the Venetians, Ottomans and British Empire.

Limassol itself is a tale of two cities: an intriguing mix of modern architecture and the remnants of the island’s turbulent and multicultural past

So let’s take a quick look at what the contrasting sides of this fascinating city have to offer anyone who’s planning to buy a property in this wonderful corner of Cyprus.

Find homes in Limassol via our property portal.

Scratch the surface of Limassol and you will discover a core that’s full of character underneath its modern cosmopolitan appearance. Most notably the central old town, which spreads it tentacles of winding stoney lanes from the medieval castle. Along this you will find older houses with shutters, boutiques and the Agia Napa Cathedral sitting alongside traditional cafes, bars and restaurants frequented by both locals and visitors.

You won’t be the first overseas visitors to make Limassol your home. Housed in the castle is the Cyprus Medieval Museum and its collection of pottery, tombstones, silver Byzantine plates, weapons and coins. To the northeast of the city is the Limassol Archaeological Museum, exhibiting antiquities that cover the development of civilisation on the island from the 9th millennium BC to the end of the Roman period. 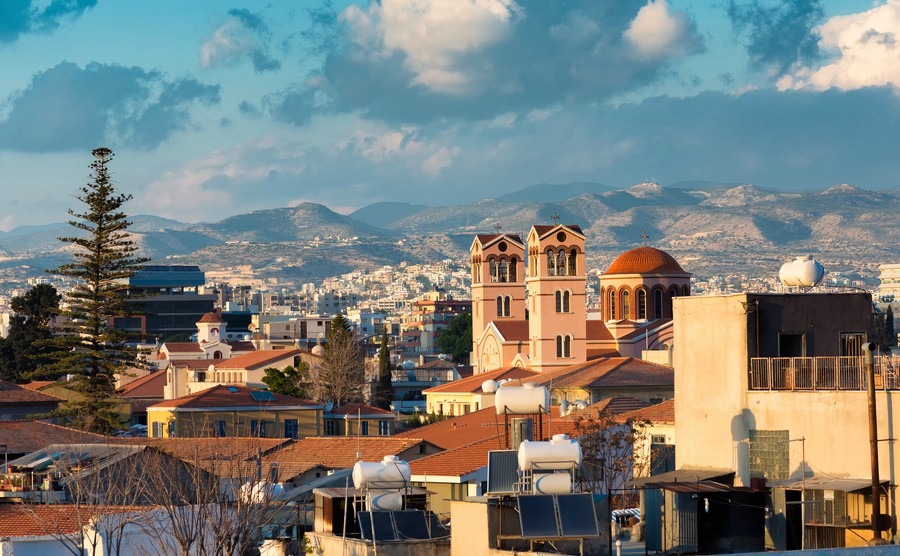 The Old Fishermen’s Harbour is a picturesque port, where the colourful, traditional fishing boats (Kaikia) serve as a reminder of what the city once looked like, before tourism became the dominant industry on the island, transporting visitors back to when the port teemed with fishermen selling their daily catch.

If you fancy jumping in the car and exploring the local area there are plenty of ancient monuments within easy reach. Within a 20 kilometre radius of the city you’ll find these historic gems:

• Amathus archealogical site – one of the ancient city-kingdoms of Cyprus where, according to mythology, Theseus left the pregnant Ariadne to be cared for after his battle with the Minotaur.

• Kourion Archaeological Site – an important ancient city-kingdom, and one of the most spectacular archaeological sites on the island, where excavations still bring new treasures to light.

• Kolossi Medieval Castle – a fine example of military architecture, originally constructed in the 13th century and subsequently rebuild in its present from in the middle of the 15th century.

This fascinating nod to the past is complimented by the city’s modern alter ego that has spawned from the tourism boom and Limassol’s status as the islands international business centre.

Fully equipped with restaurants, cafes, bars, boutiques, a marine training school and cultural centre, a state-of-the-art marina development was completed in 2014. You could even snap up one of the luxury apartments or exclusive villas, complete with private berth, that were part of the marina’s renovation. When compared with the Old Fishermen’s Harbour, this contemporary take on waterfront development provides a stark example of how times have changed in the city.

Investment in the local area hasn’t stopped. Due for completion by 2019, Limassol Del Mar is a €350 million landmark development consisting of luxury residences that will enjoy exceptional facilities and a unique high-end shopping and dining plaza. Sales of the apartments in buildings A and B have already reached 40%, a record which was attained two years prior to the completion of the project’s first phase. Boasting beach views, Limassol Del Mar is located in the heart of the coastal promenade and comprises 168 luxury residences, with shops, bars and restaurants, and facilities including a spa, gym, club house, outdoor and indoor swimming pool.

If you take a stroll along the palm-fringed promenade you will be flanked by the Mediterranean on one side and modern apartments, bars, nightclubs and restaurants on the other, giving the city a vibrant edge. Its cooling water parks and sea views create a delightful atmosphere for adults and children alike. And you’ll pass another of the city’s contemporary installations in the shape of the Prokymea (Molos) Sculpture Park, where more traditional art lovers will probably be left scratching their heads.