The four seasons in Australia

Australia’s location in the Southern Hemisphere means the seasons in Australia are very different compared to what we are used to at home.

The sheer size of the country, which is larger than Europe, means different regions experience different variations of the seasons. From extreme heat and rainy seasons in the tropical north to four seasons in one day down in Melbourne.

If you’re looking to relocate to Australia here is a guide to the seasons, so you can plan for whatever the weather throws at you.

Summer in Australia is between December and February. In January 2022 the equal-highest Australian temperature ever recorded was in Onslow in Western Australia, reaching 50.7°C.

You’ll be glad to know that this is not normal! While temperatures will often soar to 40°C, especially in the Outback, typical Mediterranean temperatures are more normal in the main population centres. Sydney’s and Melbourne’s average high is 26°C, Perth’s is 31°C and Brisbane 29°C. ) and even the average summertime lows in Sydney (19°C), Perth (18°C) and Brisbane (21°C) look quite enticing.

The tropical north of the country experiences its wet season during summer, when northern cities like Cairns, Townsville and Darwin are drenched in tropical storms, even with the odd cyclone.

Autumn, which happens between March and May in Australia, is felt in some place more than others. In the north of the country, for example, seasons are typically categorised by the dry or the wet season, whereas in the south of the country, in places like Melbourne and Adelaide, there are greater distinctions between the seasons. 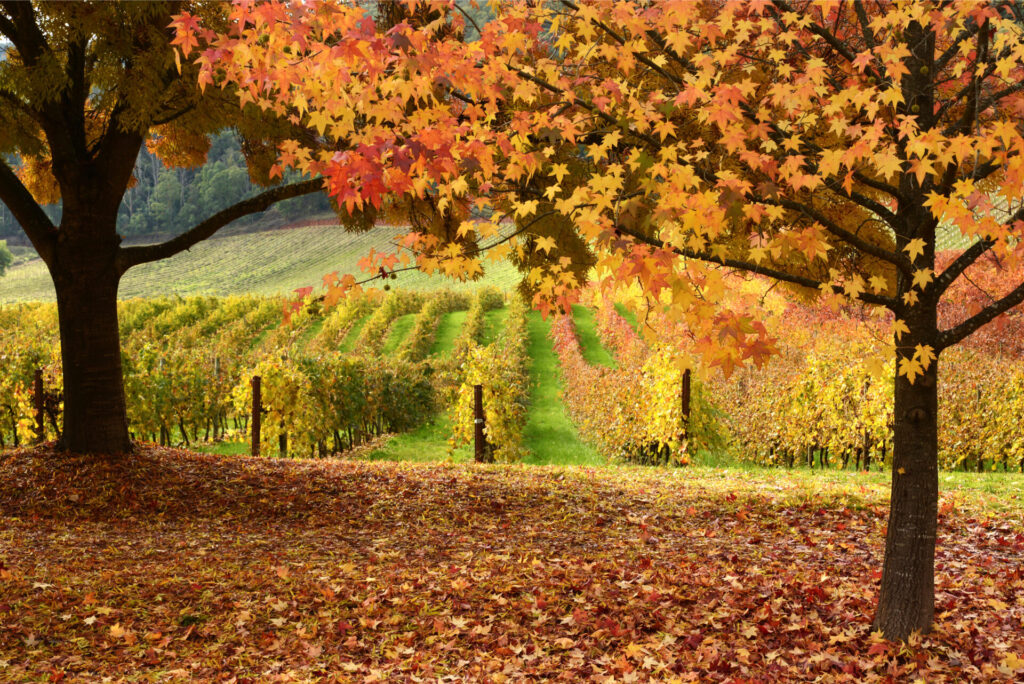 Autumn in the winelands of Australia

Autumn in in these areas is a beautiful time to observe the changing colours of nature, check out a food, wine or music festival and enjoy cheaper travel prices.

While Easter in the UK take places during spring, in Australia you tuck into all that chocolate (and the Easter Bilby) in the autumn. Average high temperatures are still pretty appealing at this time of year: Sydney (23°C), Melbourne (20°C), Perth (25°C) and Brisbane (26°C).

Winter is between June and August. Although southern parts such as Tasmania and Melbourne see temperatures dip to lows of around 5°C, Australia does not experience widespread snow (accept at high altitudes). You’ll still be able to head to the beach in many places.

You’ll still be able to head to the beach in many places during winter.

Those used to a long British winter would think of this time of year in Australia as feeling more akin to a particularly pleasant autumn back home. In the humid and sometimes damp tropical north, winter is perhaps the most pleasant time to visit.

An Australian spring – September to November – is a lovely time to be in the country. Melbourne and Sydney host their international fashion weeks, the Melbourne Cup in early November sees the country come to a standstill. 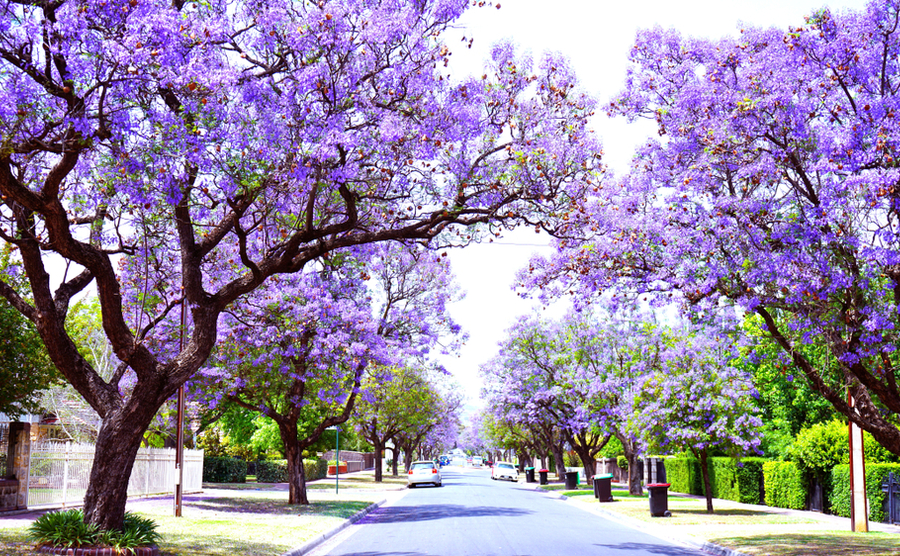 Spring comes to Adelaide with the jacarandas bloooming

Temperatures are perhaps at their most comfortable for heading outside and enjoying everything the fabulous country has to offer. For example, average highs in Perth and Sydney start at around 20°C in September, before rising steadily to 22°C in October and 25°C in November.

When you’re ready to make the move, speak to a currency and payments specialist about how to get money to Australia. We recommend Smart, ranked “Excellent” on Trustpilot for money transfer and currency exchange.