The property market in Australia is known for one thing – it’s expensive! However, the good news in 2018 for international buyers is that prices are getting slightly lower in many regions. In this property update, we have a look at where the property hotspots for you are and what you can expect if you’re hoping to purchase property in Australia.

What’s happening in the market?

Over the past year, Australian property prices have fallen by around 0.8. If we look over the last month, the drop is levelling out, with prices in Sydney falling by 0.3%, Melbourne by 0.4% and Perth by 0.5%. The biggest drop is in Darwin, of 1.1%.

However, there has been some growth, particularly in the south. Adelaide’s prices have risen by 0.3%, as have Hobart’s.

Popular destinations for British people looking to purchase property in Australia are essentially getting cheaper, including Perth in Western Australia and Sydney in New South Wales. However, as the market is unpredictable, it’s hard to know whether this will continue – or if we’ll see a drop or rise in prices again. This means that now’s a fantastic time to enter the market, to take advantage of these lower prices.

So, if you’re going to make the leap and turn your overseas home dream into reality, where in the ‘lucky country’ would be best? Here are three of the top places to purchase property in Australia. 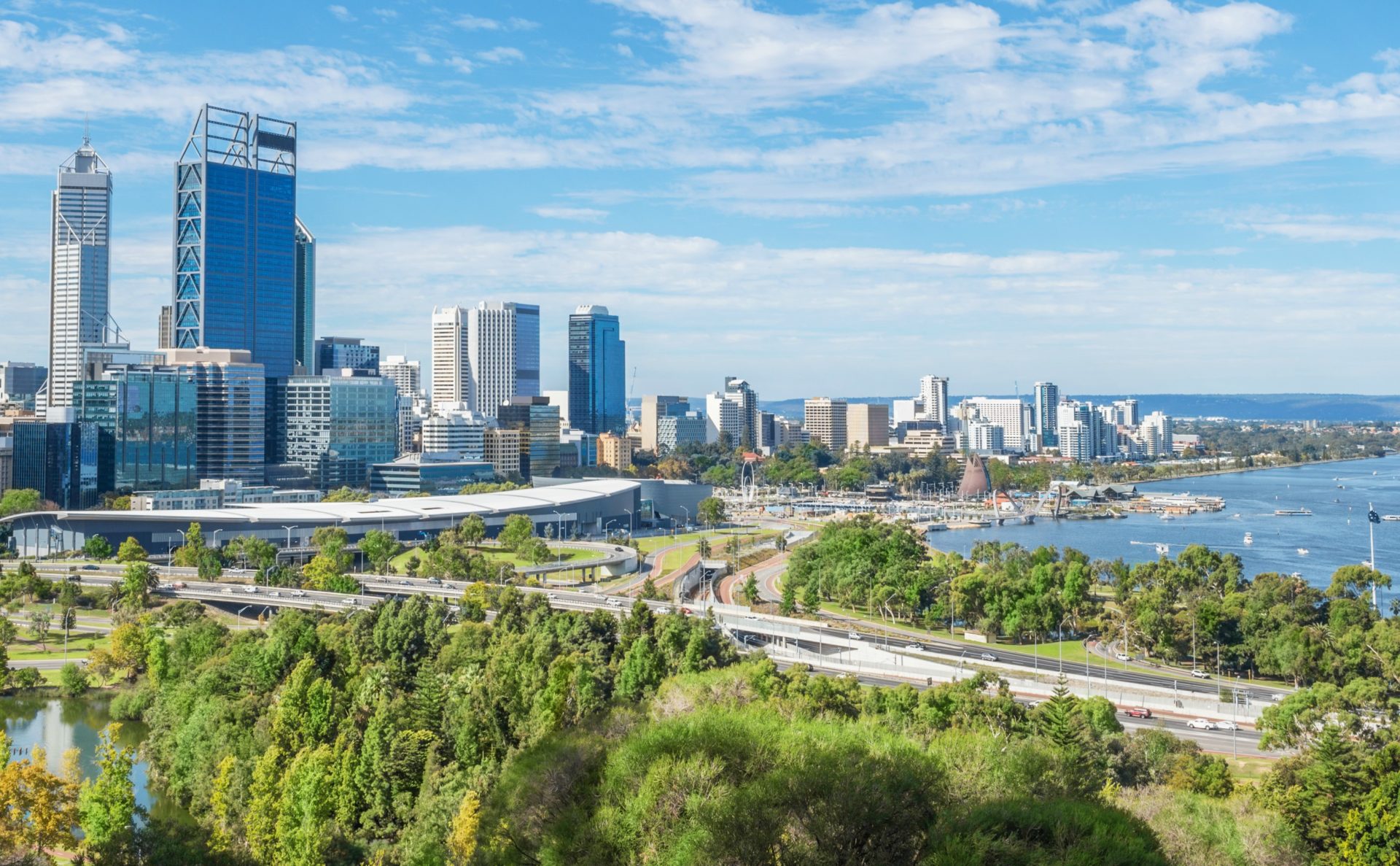 If you’re going to purchase property in Australia, Perth’s liveability could make it an attractive choice.

Western Australia is enormous, but most people are clustered in the southwest (and almost 10% of them were born in the UK). The regional capital of Perth is one of the most liveable in the world, according to the Economist in 2016. Its sandy beaches, like Cottesloe, and 3,200 hours of sunshine make it popular with UK buyers.

The state capital of Perth is one of the most liveable in the world, according to the Economist

Luckily, as mentioned above, prices are becoming more affordable in this popular city. In Crawley, an affluent suburb with great swimming, rowing and fishing facilities, the median house price is $818,000. In Fremantle, with easy access to the ocean, it’s $785,000.

Head up north to Darwin and you’re in a land of tropical weather and scorching summers – ideal for sun lovers. The city’s oversupplied with housing, helping to keep property prices lower than other state or territory capitals in Australia.

Keep yourself ahead of the price game by honing your negotiation skills. Browse our guide, How to Negotiate Abroad.

The current median house price is $430,000. For this price, you can live in a medium-sized city (the population is just 146,000), with a beautiful seafront location. The city’s quite spread out, so many suburbs offer spacious living. There’s no commuter rail system, so you will likely need a car if you live here.

Sydney has good public transport – in fact, it has the highest usage rate in Australia. This means you can live further from the centre while still easily being able to get into the action

Nonetheless, for your money, you do get to live in one of the most iconic cities in the country. Remember also that Sydney has good public transport – in fact, it has the highest usage rate in Australia. This means you can live further from the centre while still easily being able to get into the action. It’s also (in Australian terms), close to Brisbane and Melbourne, making trips around the country a bit easier than in more isolated locations.

Take advantage of the drop to buy property in Australia

As we said in the beginning, Australia has traditionally been seen as an expensive place to buy property. However, with the soaring prices of the mining boom coming back down to normal, there are some bargains to be had. Not only that, but even in expensive metropolises, excellent infrastructure makes living further out more feasible.

Make sure you protect your budget in a time of market uncertainty. We recommend Smart, ranked “Excellent” on Trustpilot for money transfer and currency exchange.

All this means that now really could be the time to make your ‘Down Under’ move a reality. Keep up to date with Australia Property Guides for all the information you need about relocating.