The Algarve has long been a magnet for global celebrities. What exactly is it about this warm, sun-drenched, beautiful land by the sea, with its golf courses, Michelin-star restaurants, spas and all manner of entertainment that they love so much? See where the celebrities live in the Algarve: they could be your next neighbours…

As Jane Austen so nearly said, an early-retired sports star in possession of a good fortune will probably buy a property near a golf course in the Algarve. So if you ever want to round up a bunch of friends for a Saturday morning game of football, you’re in luck. It’s not just sports stars. Frankly, it would be easier to list the light-entertainment stars who *don’t* own a home here.

If you need a help raising money to buy in Portugal, read our new guide, How to pay for a Portuguese property.

The appeal is obvious. When you can’t quite hit the high notes any more, or chase down that football, and you’re only in your mid-30s, you have a ready-made community of like-minded, youngish, fit and healthy mates. You can dedicate yourself to leisure, with all the sports, pampering and nightlife you could ever want. So where do the celebrities choose to live on the Algarve? 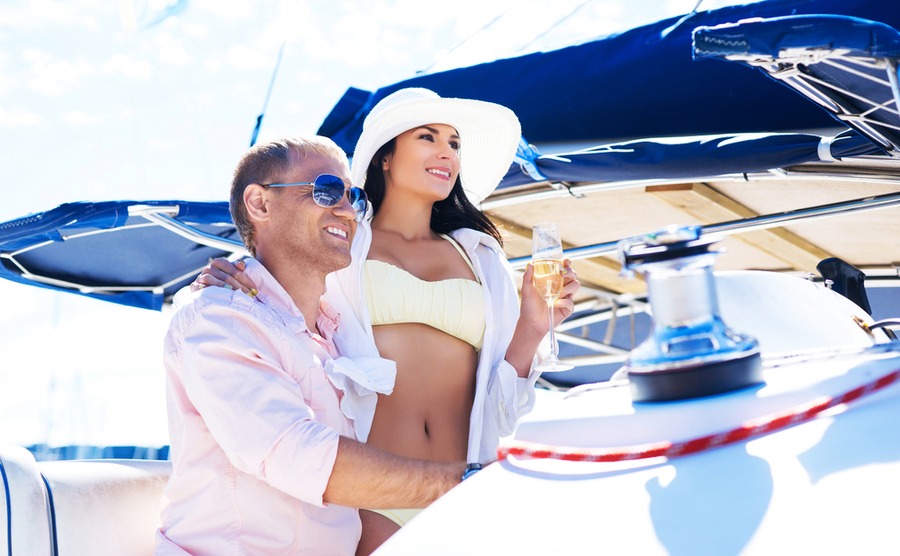 Luxurious life in the Algarve

Duncan Bannatyne, entrepreneur and former ‘Dragon’ of hit show Dragons’ Den, owns a five-bedroom villa in the world-famous golf resort of Vale do Lobo. Originally he rented out his five-bedroom Algarve pad, but deciding to make it a home exclusively for himself and family after he married his third wife Nigora in a beach ceremony in Quinta do Lago.

Duncan, who found wealth with his chain of health clubs, and fame for his role in I’m a Celebrity owns property in Miami and Monaco and also been involved in property development in Portugal. In 2017 he bought a collection of unfinished, repossessed houses in Almancil in the Golden Triangle and has been redeveloping them.

If two celebrities who made their fortune from leisure have staked their place in the Algarve, what’s stopping you!?

His former foe from Dragons’ Den, Peter Jones, has a family holiday home in Quinta do Lago too. A former professional tennis player and pretty good golfer too, Peter will be in his element in a part of the world that’s dedicated to leisure and pleasure!

FIND your own home in the Algarve on our property portal.

You have to ask, if two celebrities who made their fortune from leisure have staked their place in the Algarve, what’s stopping you!?

Similarly, travel presenter Judith Chalmers has seen a few wonderful places too. But she has decided to buy in Vale do Lobo.

The Quinta do Lago set

Nudging ahead of Vale do Lobo as the most expensive corner of the Algarve is Quinta do Lago. The luxury golf and leisure resort has a host of celebrity homeowners.

We know it’s true because we heard it from Rebekah Vardy.

Footballers with luxury villas there include Frank Lampard, Steven Gerrard, Teddy Sheringham and Wayne Rooney. We know it’s true because we heard it from Rebekah Vardy.

High profile owners from the world of media, TV and radio include Chris Evans. His cousin Brian Evans is Director of Golf at the resort. Chris married Natasha in the Algarve in 2007 and often records his radio shows there.

With today’s economic and political uncertainty, it’s vital to protect your property budget from moving exchange rate. See how, in The Property Buyer’s Guide to Currency.

Phillip Schofield has a home in the Quinta area. There are reports that his on-screen partner Holly Willoughby has a holiday home here too. Bradley Walsh recently told a newspaper he was happiest when sat on the beach there with his wife and family. Ant and Dec are two fans of Portugal too.

The most famous of all of Algarve’s celebrities, Cliff Richard has been selling his vineyard in Guia, near Albufeira. But one who’s most certainly staying in Bonnie Tyler. The Welsh singer was less successful than Cliff in the Eurovision Song Contest (Cliff came second by one point in 1968; Bonnie came 19th in 2013) but they both won the hearts of the local people of Albufeira. She and husband Robert spend half the year at their villa and especially enjoy lazy days on their yacht.

Shunning the glamour of the Golden Triangle, maverick politician and broadcaster George Galloway prefers a less developed and calmer corner of the western Algarve. When George needs a break from it all, he heads to his villa in Burgau. This small resort is centred around a fishing village.

Of course, you don’t need to be a retired sports star, light-entertainment legend or maverick politician to enjoy life in the Algarve.

If you’re ready to buy in Portugal, we can introduce you to a trusted estate agent and lawyer. Don’t risk your dreams – and money – with anyone else. Click here to be put in touch.