Could Madeira be the next big thing in overseas property and lifestyles? The ravishing tropical island just under four hours flying time from the UK is offering a range of visas designed to attract both retirees and working people from the UK and further afield. As well as new visas for Madeira there are also new flights…

Madeira, the “island of eternal spring” is set in the Atlantic Ocean at around the same latitude as Morocco and a little closer to the UK than Spain’s Canary Islands. It’s about twice the size of the Isle of Wight, and has a population of 250,000.

What makes Madeira so special, aside from the friendliness of its people, is its perfect climate. Even in the depths of winter or the height of summer, the temperature averages at around 18 to 23C, like a perfect English summer’s day. It’s a bit wet, but the flora makes the best of that water and there are few places so beautiful. 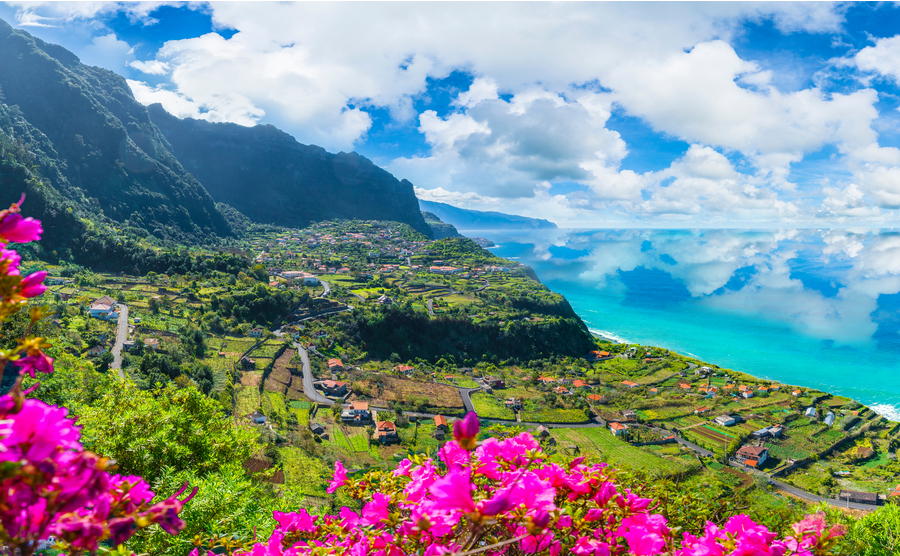 The northen coast of Madeira

It’s also varied topographically, with the mountains in the centre reaching 1,861 metres (bearing in mind that England’s highest peak is barely half that), and running in glorious wooded valleys to the sea.

So, no wonder lots of people want to go there, either to retire or work. Many of the people speak English and the infrastructure for residents is superb. Is it time you looked into a visa for Madeira, or just a sensational, rentable holiday home?

Getting to Madeira has got much easier thanks to Ryanair opening a new base and launching a host of routes. The moves comes as the Portuguese island attempts to diversify its appeal to foreigners, by attracting a wider pool of nationalities as well as young digital nomads.

Madeira has become the fifth Portuguese base of Europe’s leading low-cost airline. This $200million development comes in time for summer 2022 and represents a huge shot in the arm for the sub-tropical island.

Two aircraft will operate across ten new routes, connecting Madeira with mainland Portugal as well as London Stansted, Manchester, Dublin, Marseille, Brussels (Charleroi), Milan (Bergamo), Nuremberg and Paris (Beauvais). This will generate 40 flights a week, which is more than any other airline flying into the archipelago. Other operators flying direct to Madeira include easyJet from Gatwick, British Airways, Jet2, TUI and Wizz Air.

“This $200m investment will not only boost Portugal’s economy by driving vital tourism but will also create more than 60 direct jobs in the region and over 400 on-site jobs in Madeira,” said Ryanair’s CEO Eddie Wilson. “Ryanair will operate over 160 Portuguese routes in the summer – over twice as many as TAP, to 15 countries, making Ryanair Portugal’s number one carrier for choice, fares and on time performance.”

Meanwhile, a pilot project to attract digital nomads (remote workers) from the around the world has been extended by the Regional Government of Madeira. Called Digital Nomads Madeira Islands and launched in 2021, the initiative includes the island’s – and reportedly Europe’s – first Digital Nomad Village.

It is located in the picturesque town of Ponta do Sol, a 40-minute bus ride from Funchal and easy to reach from the airport. The scheme offers free Wi-fi and work space, organised networking events and a friendly platform to engage in the local Madeiran community.

Other co-working spaces aimed at remote workers from overseas are also available in the capital Funchal, as well as Santa Cruz, Machico and the smaller island of Porto Santo. 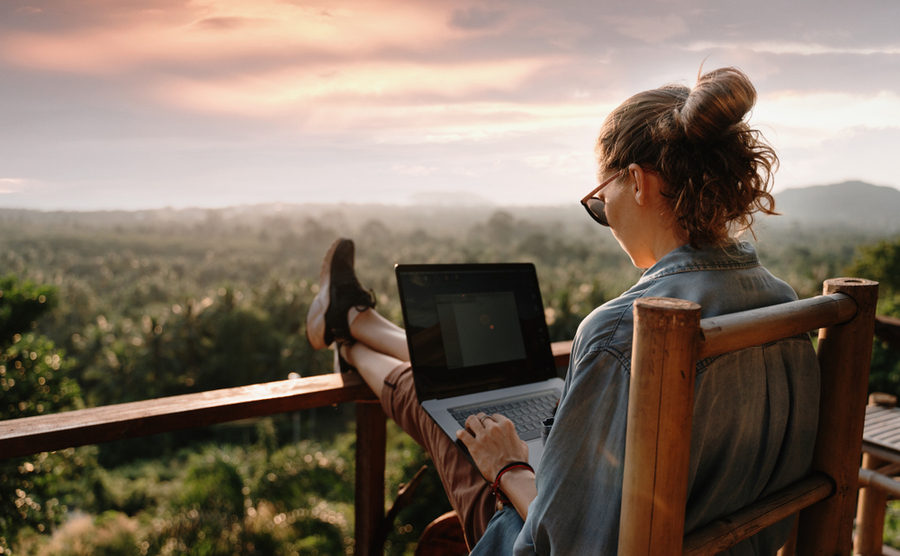 While 21st-Century Madeira is making special efforts to welcome tech savvy nomads, nature enthusiasts and lovers of the great outdoors have been enjoying the island for centuries. If you enjoy being surrounded by natural wonders, there are numerous paths that wind through the hilly green interior, notably the famous (and wonderfully flat!) Levada trails which follow ancient water channels, while the walks along the coast and clifftops have to-die-for panoramas.

Active types might prefer to experience the landscape by canyoning, horseriding or mountain-biking. For golfers the island has two 18-hole courses and a couple of nine-hole ones. Less active ways to enjoy the lifestyle include whiling away afternoons in the tropical parks and gardens – in bloom all year, enjoying a lazy coffee on the seafront or taking a ride in one of the many cable cars that zig zag across valleys.

While Portugal has tightened up on golden visas in other property-buying hotspots like Lisbon, Porto and the Algarve, they are still available in Madeira. This allows you to claim a visa for residency if you buy a property to the value of €500,000 or more.

The south coast is generally more popular than the north, not least because it is sunnier. Many British and other foreign buyers are drawn to Funchal and its suburbs, thanks to the amenities, culture and year-round activity, including the island’s famous festivals. Favourite areas include Lido, Ajuda and Forum Madeira, with the Old Town becoming increasingly popular. 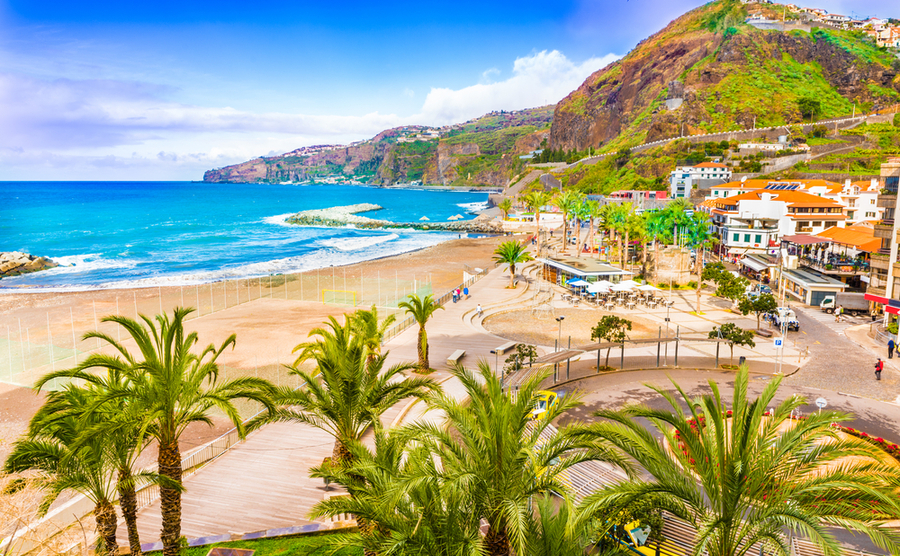 More peaceful, suburban districts that are still by the sea and just five minutes from the centre include São Gonçalo, Canico, Santa Luzia and São Martinho. Less urban and more leisure oriented, Palheiro Village is an old hunting estate in the hills above Funchal that has been converted into a self-contained resort with excellent on-site amenities, including golf.

The picturesque coastal towns of Ribeira Brava, Ponta do Sol and Calheta, where the scenery is stunning and you can live a semi-rural lifestyle, are also attractive options. Or, to really immerse yourself in the Madeiran countryside, opt for a rustic villa or period manor house on one of the many charming old estates. Wherever you are, features that are almost guaranteed in Madeira are breathtaking views and being near both the sea and verdant countryside.