With just under four months until Portugal’s golden visa rules tighten, buyers are heading to the Algarve and cities. What they’re finding is prices just starting to rise, but from a highly affordable base.

To meet the three professionals essential to your safe purchase in Portugal, just click here.

However, that picture was mixed, at least in the early part of the summer and late spring, with Lisbon powering ahead, Porto a little flat and the Algarve still struggling to attract buyers. RICS said there were strong grounds for optimism though: “In the Algarve, momentum behind transactions remains altogether weaker, with the sales metric remaining in negative territory within the region. Looking ahead however, sales expectations are comfortably positive regarding the near term outlook across all regions.”

RICS members surveyed said that they expected sales to increase by 20%.

Part of that “near-term” optimism will undoubtedly be because of the imminent end to “golden visas” being available to buyers of €500,000 plus (or €350,000 for a renovation) across the country.

They will only be available in “interior areas”, plus Madeira and the Azores, but not in Lisbon, Porto, the Algarve or Setubal. 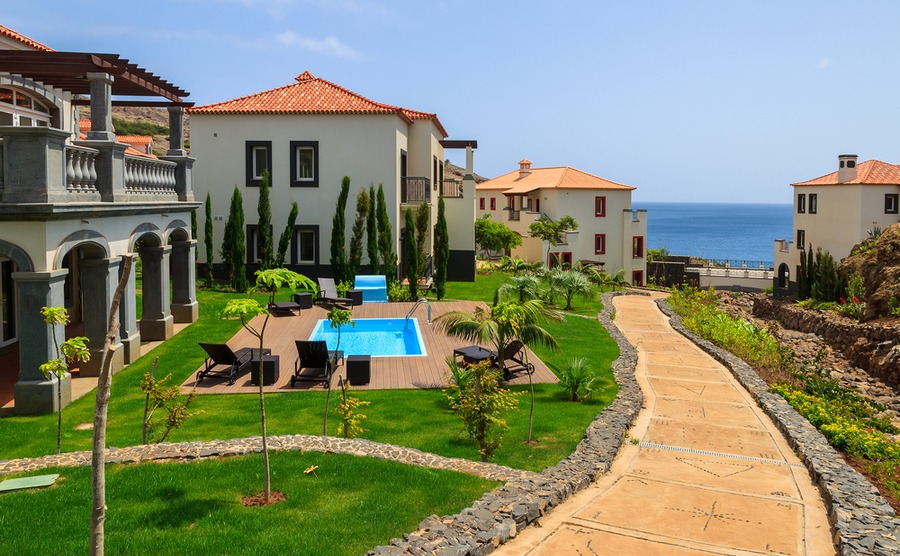 Madeira homes, like these, could still gain you a golden visa.  (Pawel Kazmierczak / Shutterstock.com)

Time to panic then? Not just yet! For a start, the new rules from January will only apply to residential property. You could therefore purchase a commercial property, for example for tourism.

Secondly, Portugal is a narrow country and even “inland areas” can be close to the sea, including in the Algarve.

Look out for a special report in next month’s Portugal Property Guides newsletter on the new rules for golden visas.

If you’re looking for a golden visa in Portugal, or maybe a retirement visa, we can put you in touch with an Independent Financial Advisor to help you get there.

Lisbon among globe’s cheapest cities, and most liveable

Also this month, data from CIA Landlord Insurance found that Lisbon is the second-cheapest capital city in Western Europe to buy a property. The average home in the Portuguese capital is €227,750 (the most expensive is Paris, at €620,000, with London at €581,000.

Looking at city centres, in London you’ll need to part with around €13,000 per square metre, but in central Lisbon just €4,500.

So it’s inexpensive, but do you want to live there?

Yes, according to several “liveable cities” indices. Monocle magazine’s Quality of Life Survey 2021 places Lisbon 7th. Moreover, while the top places are all taken by rather chilly cities (the top four are Copenhagen, Zurich, Helsinki and Stockholm), Lisbon is the highest ranked southern city.