Could you live in a “tiny home”?

The trend of tiny homes is becoming popular as housing prices in many markets become unaffordable and people strive to live a more sustainable lifestyle. They can work for expats and holiday homers too

The trend of tiny homes and micro living is sweeping the world, but in a small way.

Particularly suited to singles and retirees, they can finally afford to live in major city centres while doing their bit for the environment.

Tiny homes generally have between 100 and 400 square feet (9-37 square metres) of space, which is designed functionally and sustainably, without compromising comfort and style. The homes come in all shapes and sizes, and reality TV shows such as Tiny House Builders and Tiny House Hunters in the USA have brought them into the public eye. Some are on wheels, essentially caravans, some are glorified sheds and some are purpose-built pods in large developments.

Although the movement styles itself “tiny homes”, the development of smaller homes has broken out of its trendy New York style and represents an opportunity for holiday home buyers too. Who wouldn’t like a super-bijou apartment in Paris or a micro-loft in Manhattan? 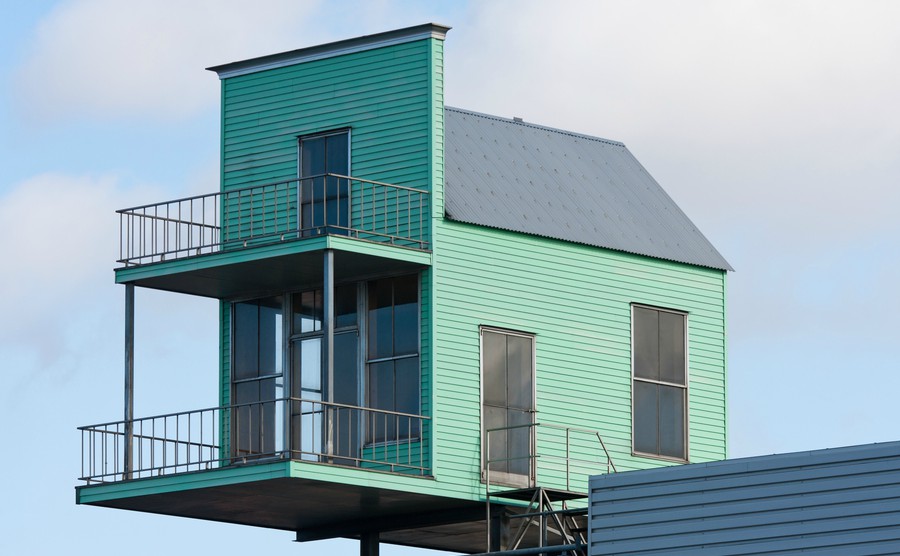 A tiny home with a view

But where and why are city dwellers opting for tiny homes?

The growth of tiny homes

House prices in many parts of the world are at an all-time high and younger people are finding themselves priced out of the market. Tiny homes are an affordable option and a great alternative to renting. In Australia, a small house on a trailer can cost £40,000, a tenth of even a modest regular house price. In such countries where people spend up to two thirds of their income on a mortgage, tiny homes present a much more affordable alternative with the prospect of financial freedom.

Tiny homes offer a sustainable living option with many designs completely self-sufficient, featuring off-grid power, sustainable building materials and water systems. Many people opt for tiny homes to reduce their carbon footprint and embrace a minimalistic lifestyle in which you exchange space for the ability to live sustainably and debt-free.

Space now comes at a premium in most major cities worldwide, which has inspired people to design and live in tiny homes.

One such city is Paris, where people are beginning to convert the tiny “maid rooms”, often on the top level under the roof, into studio apartments.

As they are no longer used by maids, most of the rooms were converted into storage space, but the need for extra living space has prompted designers to come up with this ingenious solution.

In Australia, where house prices in the major cities continue to soar, many people are joining the tiny home movement as an alternative to renting. There are pop-up communities forming throughout Australia, which are essentially big blocks of land where tiny homes can be parked for a nominal fee. Many people living in these pop-up communities spend a few years in their tiny homes while saving for a mortgage, and although the home itself depreciates in value, they generally end up ahead of those who have opted to simply rent. There are manufacturers in Australia who are producing flat-pack style homes that are roughly 14 square meters in size and are made of 37 panels of material – a home like this, ready to move in, costs £40,000.

China is also capitalising on the tiny home trend. Earlier this a year an entire home was produced in 45 days by a 3D printer. A Beijing-based company recently printed a 400 square metre two-storey villa that can withstand an earthquake measuring 8.0 on the Richter scale. Developers in China see a lot of potential for 3D technology applied to home building. This technology reduces the time and cost of building a home making home-ownership more realistic for the world’s growing population.

America too is at the forefront of micro-living. Reality TV shows in the US are glamorising this trend by featuring tiny home designs boasting luxury interiors and futuristic fit-outs.

Many cities in the US are building micro-units to facilitate inner-city living at a price that is affordable. Some argue that developers are capitalizing on this trend at the expense of others, opting to build these micro-units instead of family dwellings. The reality is, however, that in large cities these tiny units are the only option of home ownership for many people entering the market.

Although tiny homes aren’t for everyone, the trend does appeal to certain markets and has the potential to address important issues like limited inner-city space, debt and sustainability. As the world becomes more supportive of the micro-living movement and governments adopt zoning and regulations to accommodate this trend, we are likely to see them pop-up more frequently.

Tiny homes present an opportunity for expats and retirees moving overseas to establish a home on a small budget. The mobility and simplicity of a tiny home make them an excellent option for those exploring a new country. For more information about living, moving and buying property overseas (including tiny homes!) make sure to contact us here at Property Guides at 020 7898 0549.