Brexit, Life in Portugal, Living in france, Moving to Spain after Brexit, News, Retirement in Spain

A year on from Brexit, what’s changed?

Brexit, schmexit: a year after the transition period ended Brits are buying homes and planning exciting retirements in our favourite European destinations just like we always did. Processes have been smoothed out, a host of professionals are on hand to help us fill in the forms and the welcome is as warm as ever. We look at some of the key developments over the past 12 months.

2021 was the year that UK citizens lost their automatic right to travel freely and apply for residency in the European Union. Yet, even with the unexpected curveball of Coronavirus, estate agents in the UK’s favourite European destinations reported respectable sales to British buyers during 2021. Many of these purchases have been to people relocating for a new life in the sun.

The two issues that most worried British people planning to buy abroad were the options for gaining residency and access to healthcare.

What would it cost to get a visa, and how long would it take? How much would health insurance cost, and what if you have a pre-existing condition like high blood pressure or diabetes, let alone recovering from cancer?

All we knew was that now classed as third-country nationals, British people no longer had any of the entitlements that came with EU citizenship.

A year down the line and the good news is that plenty of trail-blazing Brits bought and moved successfully to Spain, France, Portugal and elsewhere in Europe last year.

This is thanks not only to their positive approach but also the efforts of service providers in the property sector, including property agents, law firms, IFAs and currency specialists.

These professionals have recognised the new post-Brexit requirements of British clients and the good ones have adapted their services accordingly, providing the necessary reassurance and support.

Not forgetting that most EU states have always welcomed non-EU citizens to their shores. – the entry process might be a bit different but the opportunities are there and systems are in place. 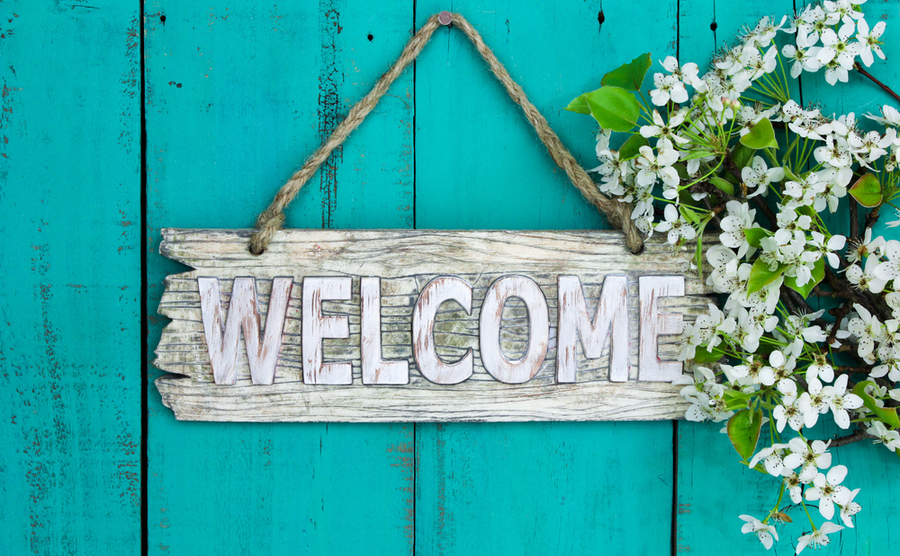 Still pleased to see us!

Perhaps more crucially than the legal procedures being ironed out, is the positive attitude of local authorities. For example, on the Costa Blanca, where local leaders have effectively called for post-Brexit rules to be abandoned and business to continue as normal.

Meanwhile, a shot in the arm for second homeowners and tourists is that the EHIC reciprocal healthcare scheme is continuing. This includes the use of the new GHIC cards, which replaces your EHIC when it expires. Just remember that these cards are intended for ‘necessary care’, such as emergencies.

They do not replace being registered and having access to the local healthcare system or having appropriate medical insurance if you’re becoming a resident somewhere.

Now, let’s look a little closer at how things have panned out.

Portugal is a dab hand at opening its doors to citizens from outside Europe. A decade ago it launched a successful scheme to attract investment oriented third-country nationals. This came in the shape of its Golden Visa, an option that could suit certain British buyers today. 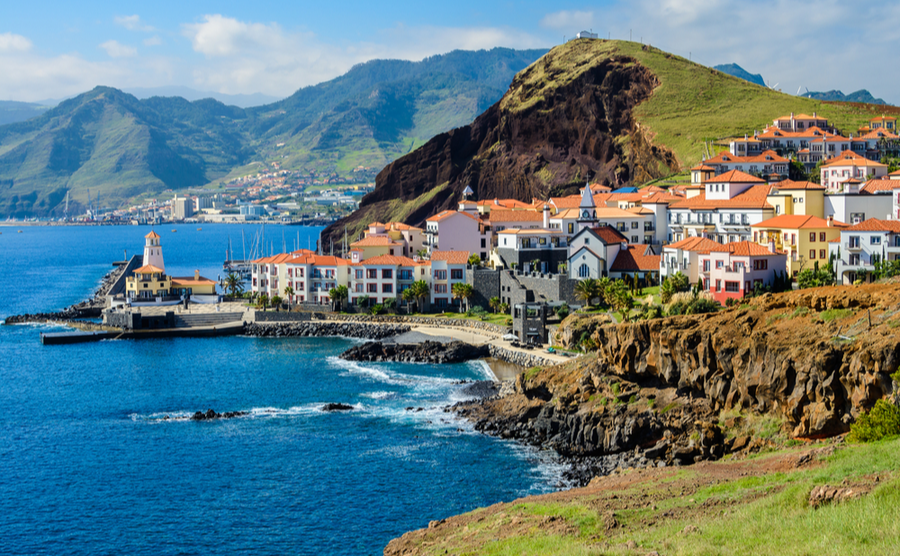 However, it is the D7 Visa, also known as the Retirement Visa or Passive Income Visa, that has proved to be the more feasible route to Portuguese residency, especially for retirees, early retirees and entrepreneurs. The key requirement for a successful application is to be able to demonstrate receipt of regular passive income (a minimum of Portugal’s current national minimum wage), typically derived from a pension, rentals, dividends or certain categories of investment.

Discover your perfect home in Portugal

Including renewals, the visa is valid for five years, after which holders are eligible to apply for a permanent residency permit and Portuguese citizenship. The application can be started through the Portuguese Consulate in the UK, and to speed up the process today applicants are being advised to open a bank account in Portugal and deposit an amount equal to 12 months’ income.

More transient Brits, including mobile entrepreneurs who don’t intend to spend much time in Portugal, are finding the Golden Visa a better match for their needs, although the rules changed this year limiting the scheme’s eligibility in popular parts of the country. In short, it allows applicants to gain Portuguese residency and all the trimmings of being an EU resident by acquiring a property worth €500,000 or €350,000 if the property is more than 30 years old and needs renovation. Other types of investment are eligible also.

Save money with NHR?

One of Portugal’s key attractions for foreign residents in 2022 continues to be its Non-Habitual Residence (NHR) regime. NHR is a tax scheme that entitles expats to enjoy very low taxation.

Its main benefit is that investment income received from abroad is exempt from Portuguese taxation for 10 consecutive years (provided it is eligible for taxation in the country under tax treaty rules).

Similarly, under NHR foreign pension income is taxed at just 10% (this excludes UK Government pensions) – the savings can be substantial for higher rate taxpayers.

Scaremongering before Brexit painted a picture of expats being excluded from state health services and priced out of expensive private medical cover.

Thankfully this was a long way off the truth. Like the UK, Portugal has a residency-based (universal) national health service, namely the Portuguese Servico Nacional de Saude (SNS), which provides the usual general hospital and local health centre services.

Small fees do apply for everyone though, such as €5 to see your GP or €15 to go to A&E. Most Portuguese people and expats supplement the SNS and use private healthcare for certain procedures (or to avoid waiting lists). During your visa application process, you will likely need to show evidence of private medical insurance, to cover you until you have formal residency status and signed up to the SNS.

British pensioners moving to Portugal have automatic entitlement to Portugal’s SNS from the word go. They get this by applying for an S1 form from the Overseas Healthcare Service before making the move over.

Long and short of the Long Stay Visa!

As the dust settled after the transition period, British people moving to France discovered a clear route to getting residency there – the Long Stay Visa (Visa de Long Séjour), essentially a permit for anyone wishing to stay longer than six months.

Discover your perfect home in France

Applying for this is done before you cross the Channel through the French Consulate in London. There are variations of the Long Stay Visa, each depending on the applicant’s situation, but most common is the Visa de Long Séjour valant Titre de Séjour – Visiteur (VLS-Visiteur).

Once you have this and have arrived in France, it’s a just a case of applying for a five-year Carte de Séjour but this is not necessary until a couple of months before the VLS-Visiteur expires. The next and final step to permanent residency is applying for a Carte de Séjour Permanent, which you get from your local Prefecture. 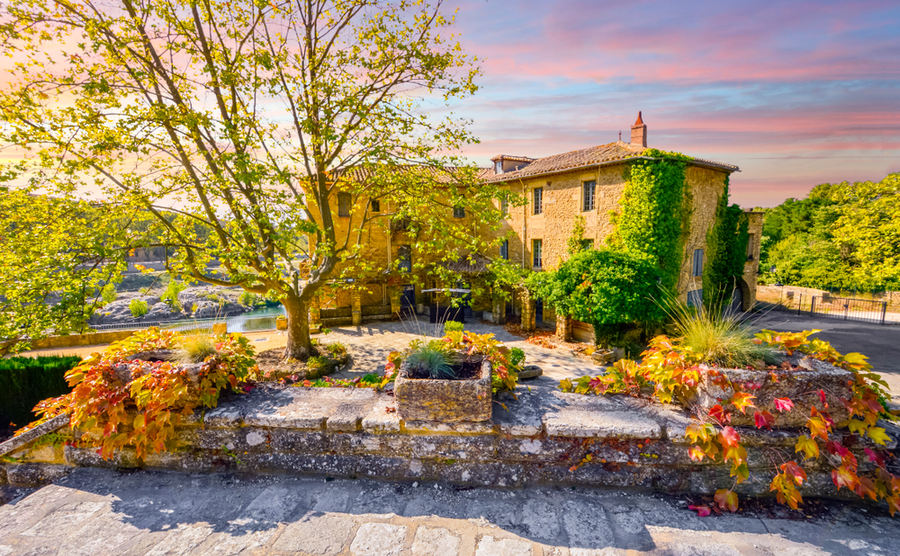 A key requirement for obtaining a VLS is being able to prove an income equal to or greater than France’s minimum working wage (SMIC), which is circa €1,250 net (€1,500 gross) per month, although this is less for people over 65 and living alone. However, applications are on an individual basis and having substantial savings and/or rental income and owning a home mortgage-free often will be considered. Equally important is being able to show proof of suitable healthcare cover.

You can’t apply for your VLS-Visiteur more than 90 days before arriving in France, which should be enough time to coincide the completion of your new French home with your arrival date. Keep this in mind during your planning.

Salud to the ‘carte vitale’!

Newly arrived expats in France who are early retirees or financially inactive will need medical insurance in place to get their visa and valid for the duration of that visa.

After three months’ legal residence in France, you are entitled to join the French healthcare system through the Protection Universalle Maladie (PUMa) scheme, which means you can obtain your precious ‘carte vitale’ medical card.

British pensioners moving to France have automatic entitlement to France’s healthcare from the word go. They get this by applying for an S1 form from the Overseas Healthcare Service before making the move over. Presenting an S1 form alongside a GHIC card exempts pensioners from needing medical insurance during the application process. Once in France, registering your S1 form at the local CPAM office should get you and your dependants your carte vitales.

Note, even with a carte vitale, all residents must pay contributions towards medical costs. But you can cover these with a top-up insurance policy called a ‘mutuelle’, which covers all or part of any costs not covered by state repayments.