When you choose a home in Greece, the design of the property has come down from millennia of architectural tradition. Homes are built to withstand the demands of the sea, sun and intense heat of summer. And they look beautiful. So what are the influences of Greek architecture and what should you look out for?

When you think of your perfect Greek home, what do you picture? The sublime views of Santorini? The Italianate seafront of Chania? The epic columns of the Parthenon? Something with pretty blue shutters and window boxes, or somewhere altogether more modern, sleek and glassy? Whatever you fancy, Greece will have it, probably with a beautiful view too.

Greek architecture, like its culture, cuisine and language, has been influential across the globe. Its grand monuments – attracting tourists in their millions – have been the model for important buildings from Cincinnati to Sydney.

The Greeks raised buildings that were works of art, to honour their gods. Their stadiums, theatres and temples were built to impress and to last. You see the influence across Europe’s great cities, and as a new growing super-power, America in the mid-1800s borrowed the style – now known as Greek Revival – to proclaim their own confidence.

But classical Greek columns are just one part of the story.

The picture-postcard image of Greek homes is blue domes, mirroring the blue of sky and sea, above white walls.

These are also a symbol of the Cyclades, a group of over 200 Greek islands with Naxos being the largest, but Santorini and Mykonos more famous.

The white houses with their unique, blue-colored domes came about for several very good reasons. One of the most important being in order to adapt to the hot weather and cool the interior. 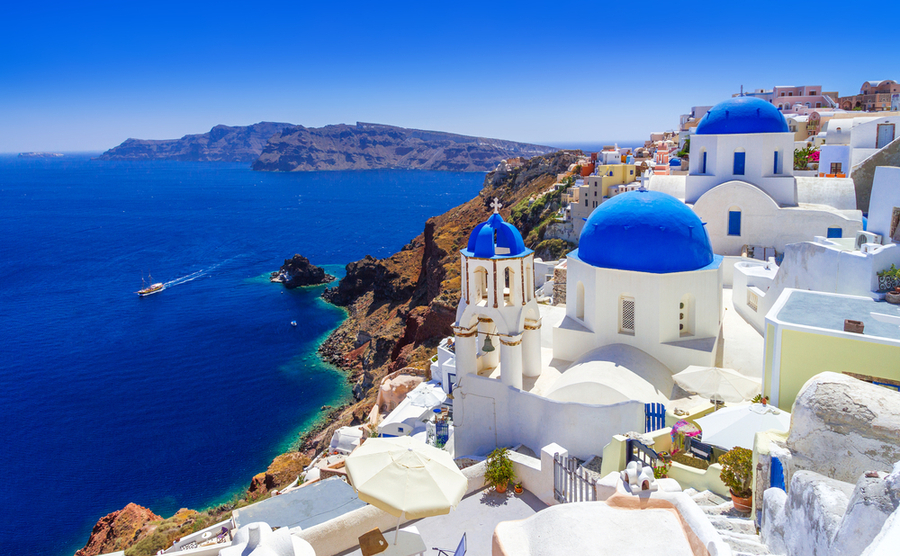 The white houses and blue domes in Santorini are a symbol of Greek culture.

As the white color reflects heat, painting their stone houses in white helped to maintain the coolness inside the Greek buildings during the summertime. While other hot countries have adopted the same idea, the particular blue of Greek homes is said to date from the the era of the Greek colonels, who insisted that the blue color encouraged loyalty to Greece. The colour scheme has certainly become a source of fascination for foreign travelers.

While buildings like the Parthenon have a distinctly breezy look to them, perched on the top of a hill on thin columns, a more typical home will have think stone walls, small windows and shutters. The trick is to keep the air out in the daytime and throw open the windows at night.

You see those lovely blue or green shutters in western Greece too, although the architecture here is more influenced by the Italians, and Venice in particular.

Venetian architecture is popular on the waterfronts of Corfu and Crete. No surprise really, Corfu is only a few miles across the sea from Italy and was ruled by Venice for roughly 400 years. It shows particulary in the old town, see below. 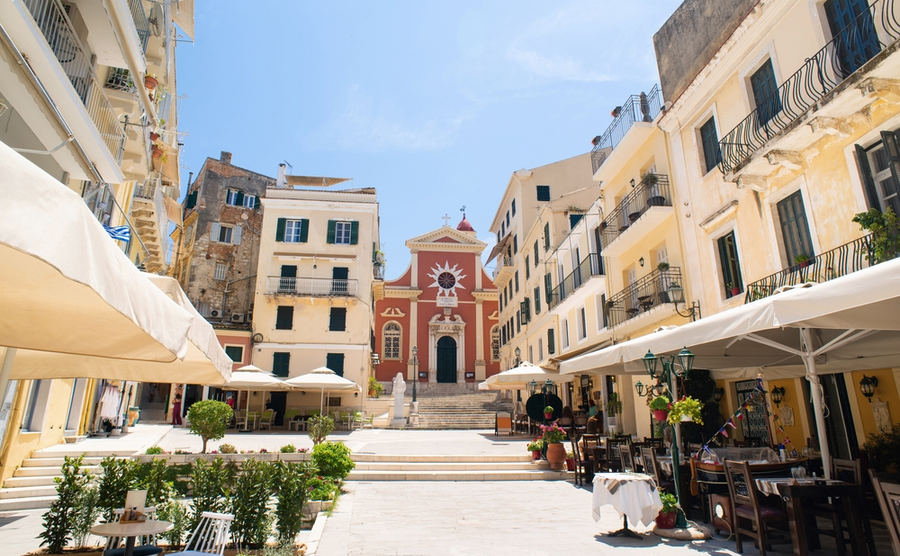 Corfu has features of Venetian architecture.

Features of the style include pointed arches, tall and rectangular, low roofs, and a portego, which was the reception room and would normally be the biggest space in the building.

Crete also has Italianate architecture, such as in Rethymno have standard venetian architecture with tall buildings and narrowed cobblestoned alleys.