The study by price comparison site, Compare the Market, found that overseas buyers looking to get more for their money should head to Greece.

Coming second only to Latvia in the EU, the average Greek home costs €1,560 per square metre while average household disposable income was €16,121. This put the property price per m2 to income percentage at 9.7%.

And when looking at the average UK disposable income, of £22,000 (€26,153), Greek property becomes even more affordable.

How does Greece compare for affordability against other European property hotspots?

Most affordable parts of Greece to buy property

Pachi lies on the shores of the Saronic Gulf, in the western region of Attica. It is an authentic fishing village, almost untouched by tourism, nestled next to the ancient city of Niseia.

The village itself has several traditional tavernas and cafes on the harbour, however, larger towns are just a short drive away.

The average house is priced at just €620 per square metre.

The ancient city of Sparta, once one of the most influential cities in ancient Greece, has remained remarkably affordable thanks to its secluded location. Today, it is surrounded mainly by farmland and offers a peaceful country lifestyle.

Nevertheless, its central location makes it a great base to explore the coast and surrounding countryside. It is also one of the hottest places in Greece!

The average house is priced at just €680 per square metre. 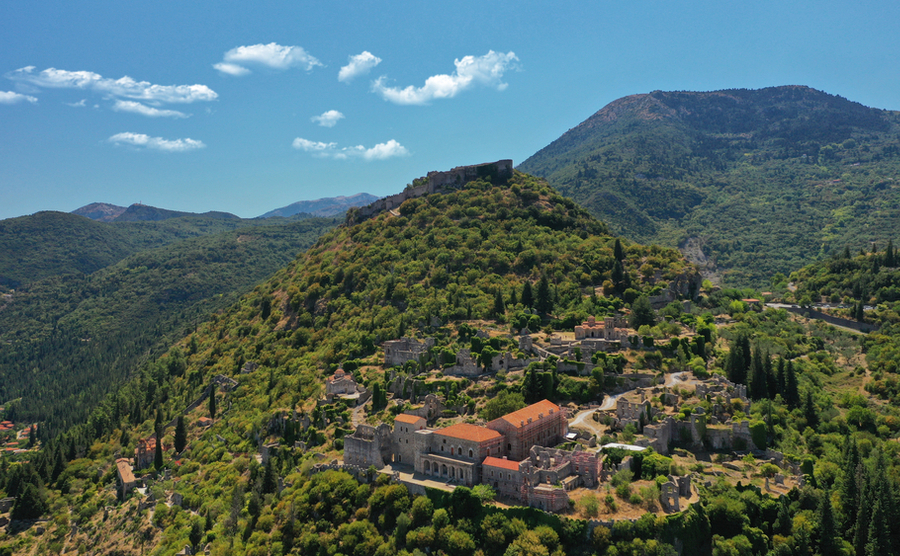 If you’re looking for affordable city living in Greece, look no further than Agrinio. Being the largest city in Western Greece, with a population of around 110,000, there is plenty going on. There are several bustling squares lined with boutiques and cafes, and the surrounding area is truly beautiful: you wouldn’t be far from the gorgeous Lakes Trichonida and Lysimachia.

The average house is priced at just €640 per square metre.