Overseas property buyers are heading back to Greece thanks to low prices, government incentives and quieter news on the refugee crisis.

Greece has won plenty of downbeat headlines in recent years, thanks to its economic crisis that has arguably been worse than anywhere else in the western world and the migrant crisis of 2016. Even that did not entirely kill overseas demand for Greek property, however, and with attention focused away right now, buyers are heading back in ever greater numbers.

Greece climbed 18 places to 4th in its Top of the Props index, with one in 50 inquiries

That, at least, is the evidence from The Move Channel , which revealed that Greece climbed 18 places to 4th in its Top of the Props index for January 2017. One in 50 inquiries (2.1%) were for Greek property, its highest share since August 2013.

Those buyers will find property at its lowest price in at least a decade, as house price have dropped in tandem with the nation’s economic woes. Athens apartments are available for as little as €19,000-€33,000, even in good neighbourhoods. For long-term investors, there were encouraging signs when it was revealed that prices fell by just 2.2% in 2016, the smallest decrease recorded since 2009. Could they be already rising? 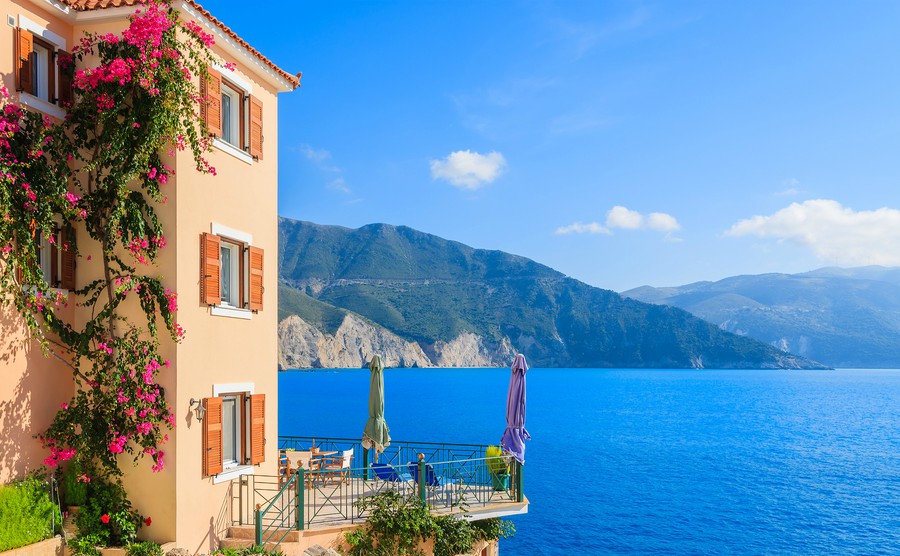 You could buy an affordable home in the sun in Greece

At the other end of the house price spectrum the Greek government is attempting to revive the market by offering residence permits to non-EU investors purchasing property worth more than €250,000. This ‘golden visa’ scheme, which is similar to measures implemented by Spain and Portugal, is valid for five years and open to renewal. This could be of interest to British citizens concerned about maintaining their EU working rights post-Brexit. Additionally, the Greek government has reduced the property transfer tax from 10% to 3%, another financial incentive that aims to encourage buyers to enter the market.

Interest from international investors isn’t just contained to one area, but across a number of regions, with property enquiries growing rapidly in the North and South Aegean, Crete, Corfu and Attica (the region around Athens, the capital of Greece). The popularity of such areas – the stunning scenery, the authentic seaside towns and villages with their laid-back and traditional lifestyles and hospitable locals – drove a 1.3% increase in year-on-year tourist arrivals in 2016. Provisional data released by the Bank of Greece reports between January and August the country welcomed a record 17.2 million visitors.

You can pick up a more traditional stone dwelling for as little as €40,000

The typical budget for a property in tourist hotspots like Crete, Corfu, Mykonos and Santorini remains around €100,000 to €300,000, although you can pick up a more modest traditional stone dwelling for as little as €40,000. Elsewhere, however, there are property bubbles where prices remain inflated. The trendy hedonism of Mykonos, for example, where Hollywood A-lister Leonardo DiCaprio holidayed last summer, the more subdued but equally classy surroundings of Spetses, or the Peloponnese, where the Beckham family have enjoyed recent holidays