Despite a rise in populism, Australia remains one of the most welcoming nations.

Although there has been a rise in support for Australia’s anti-immigration movement, and this was bolstered by the Brexit vote in the UK and election of President Trump in the USA, Australia was founded on immigration and for those who qualify the welcome is as warm as ever.

With a quarter of Australia’s population of 24 million born overseas, until now immigration has enjoyed broad public support. With the economy weakening and housing prices rising, however, there have been more voices demanding that immigration be curbed.

Immigration is in fact one of the country’s greatest economic assets, thanks to the young, hard-working migrants with a diverse and rich cultural background that economically, politically and socially contribute to grow Australia’s strength and affluence.

The main anti-immigration voice comes from the One Nation Party, led by Pauline Hanson, which says there should be a cap on immigration based on “one-in, one-out” or zero-net migration.

Anyone considering a move to Australia should not be put off, however. Just as “strong fences make good neighbours”, Australia’s strict immigration rules have helped to ensure no other country integrates as many immigrants so successfully. In recent years Australia has turned to a points-based skilled migration system allowing the government to select immigrants based on their profession. Far from dragging the economy down, the evidence is that this programme has boosted the country’s economy, with Australia taking in more millionaires per year than any other country in the world. In 2016 Australia welcomed 11,000 millionaire migrants.

Immigration is in fact one of the country’s greatest economic assets, thanks to the young, hard-working migrants with a diverse and rich cultural background that economically, politically and socially contribute to grow Australia’s strength and affluence. 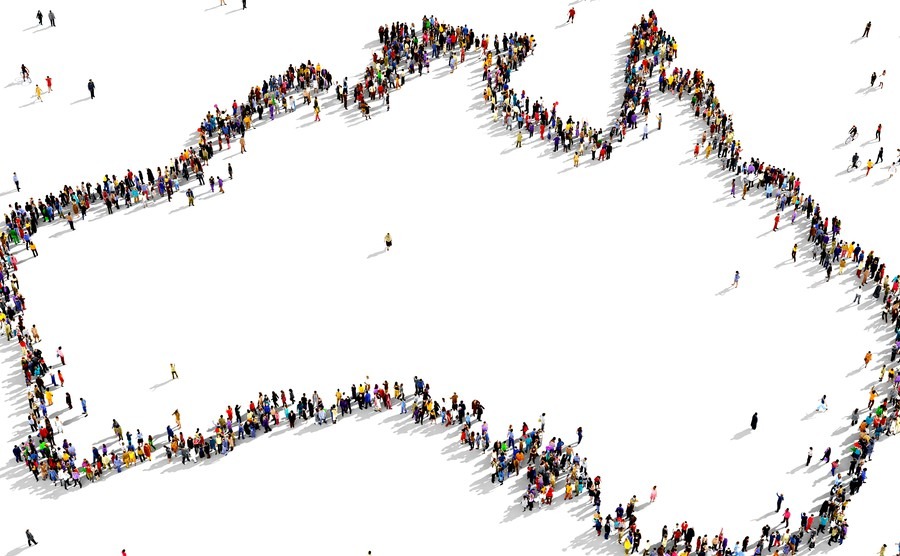 Economists believe that any cut to Australia’s immigration numbers would further damage the economy, which has in any case been sluggish over the last couple years due to the end of the mining boom. Addressing the housing unaffordability issue, economists believe that cutting migration might force home prices down, which would in fact have a damaging effect on the economy and people’s ability to pay their mortgages. Measures have in fact been put in place to restrict foreigners from purchasing property that Australians might need, and encourage them to build new homes.

Measures have been put in place to restrict foreigners from purchasing property that Australians might need, and encourage them to build new homes

It is no surprise that the global movements that saw the rise of Trump and Brexit are appearing in Australia too, but with 43% of Australians having one parent born abroad, many believe that any anti-immigration sentiment will quickly pass.

If you are planning on making the move, here is a checklist to help you on your way:

One year before you emigrate

• Make sure you have at least two years left on your passport.
• Research your visa requirements and eligibility; then obtain and complete your visa application forms: visit australia.gov.au for further information.
• Plan where you want to live in Australia: refine your requirements, contact a resettlement agent, contact local expat groups, research schools, speak to real estate agents, visit and explore.
• If you need to gain employment, assess the workplace for your experience and skillset and seek advice from recruitment consultants.
• Consult an independent financial adviser for help with pensions, mortgage advice, inheritance, assets, investments and tax.
• Ensure you have all the necessary documents – birth, adoption and marriage certificates, employment references, driving licenses and qualifications – and keep them in one place.

Six months before you emigrate

• Book flights as early as possible to ensure you don’t pay more than is necessary.
• Open an appropriate international bank account.
• They can talk you through the transfer process and help you navigate the ups and downs of the currency markets, so you can rest assured that fluctuating exchange rates won’t interfere with your plans when the time comes for your money to emigrate with you.
• Request up-to-date statements on any savings and pensions. Consult your independent financial adviser to assess what’s important with your UK pension(s) and what the tax benefits are.
• Having conducted the necessary research, register your children in new schools, and research childcare options if you have a young family.
• Arrange to have your visa medical conducted.
• Arrange to have your police checks conducted.
• Obtain quotes from specialist international removals companies.
• Arrange for any pets to be inoculated and health checked.
• Obtain pet shipment quotes.

One month before you emigrate

• Contact your doctor/dentist/optician to obtain your medical files.
• Collect hand-over files from your children’s school(s).
• Arrange for your post to be redirected
• Obtain at least three months’ supply of essential medical prescriptions before you depart.
• Bring council tax and utility bills up to date.
• Cancel utility bills.
• Cancel contracts for TV, internet and phone.
• Cancel any redundant direct-debits and standing orders.
• Cancel your motor insurance and membership of any roadside assistance companies in the UK.
• Ask for a copy of your no-claims bonus from your insurer.
• Organise an international SIM card to save you money on calls when you first arrive abroad. If you want to call the UK when you arrive overseas, you can use your UK mobile for this.
• Make sure that your shipping dates coincide with your arrival abroad.

Australia has one of the highest standards of living in the world, one of the most robust economies, and is one of the safest and friendliest places to live. For more about life in Australia as a British expat and retiree, make sure to check out the Australia Buying Guide.