Why winter is wonderful in Australia

Do you want to escape the cold, enjoy the great outdoors, benefit from cheap flights and still go skiing? Winter in Australia is where it’s at.

There’s lot to love about winter in Australia, between June and September. In some parts of the country the season is clearly distinct, while in other parts it hardly differs from the warm climate. Find out what makes winters in Australia great, and why it is the perfect location for those that want to avoid the cold.

The majority of Australia remains around 20°C in winter.

Winter in Australia is warm

Australia is the perfect place for people that don’t like winter all that much. In many parts of the country winter remains warm with pleasant temperatures and nearly zero risk of snow. Although Tasmania, Melbourne and some of the higher altitudes in the south of the country can get chilly, the majority of Australia remains around 20°C in winter, making it a perfect time of year to enjoy outdoor activities. In Northern Australia winter is the best time of year as humidity drops, rainfall declines and temperatures are a perfect tropical mid-twenties.

There is snow if you want it

Snow worshippers don’t dismay, the white stuff does fall in some parts of Australia and there are actually some decent ski hills for those looking to hit the slopes. In New South Wales you can ski Perisher Blue, Thredbo and Jindabayne. In Victoria there is Mt. Buller, Mt. Hotham and Falls Creek. Plus the slopes of New Zealand are only a short flight away. 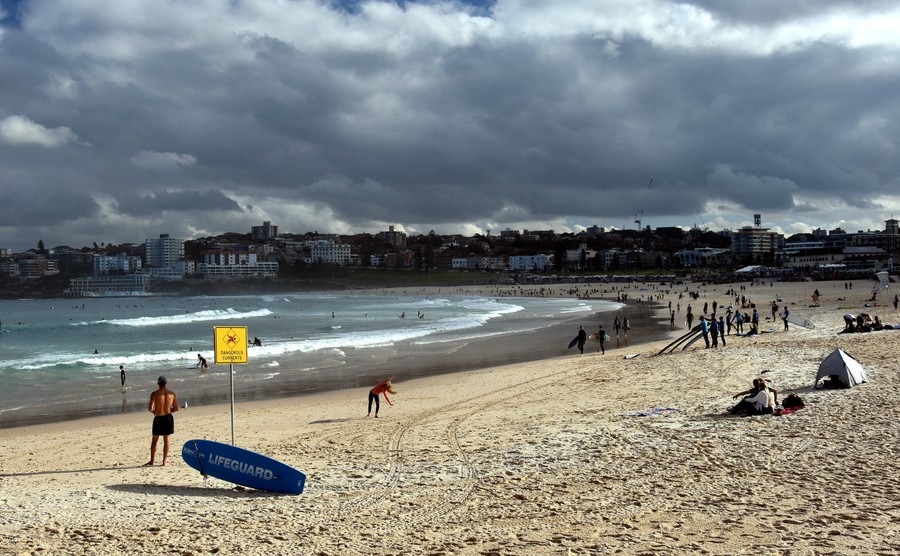 The winter months provide the best time of the year to view the Great Barrier Reef. Why is this you may ask? For the majority of the year marine stingers (jellyfish) are present in the tropical waters surrounding the Great Barrier Reef, and although the reef can still be enjoyed (by wearing stinger suits while in the water), in winter the hazards of jellyfish reduce drastically allowing a better experience when snorkelling or scuba diving.

It’s cheaper in the winter

If you’re planning a trip to Australia, whether for a short-term stay or to relocate, flights are much cheaper during the winter months. This stands true for international flights into the country, as well as domestic flights between cities. As flying to Australia can be costly, choosing to fly in winter time will save you some precious money to spend on more enjoyable activities upon arrival.

If you’re moving to Australia to chase the sun, speak to a currency and payments specialist about getting your money sent to you there. We recommend Smart, ranked number one on Trustpilot for money transfer and currency exchange.

Just like back home cricket is king in summer around here, but it’s during winter that you’ll get to indulge in the nations other two sporting passions: rugby league and Australian rules football. While the Aussies aren’t renowned for being quite as raucous as the British when it comes to watching sport, they certainly love a day out at the “footy”, so why not join them if you need a fix of live sport? The annual State of Origin rugby league series, contested between New South Wales and Brisbane, is definitely something to include on and tick off the bucket list.