Life in Australia, via its culture

If you’re planning a new life Australia but are struggling to imagine yourself there, get your brain into Aussie gear with these iconic films, books and TV series. We’ve got high brow, low brow, and all Down Under.

Down Under – In a Sunburned Country

Written by Bill Bryson, this is one of the most popular Australian travel books. His funny, fact-filled tale of travels around, and life in Australia, will have you engrossed and eager to embark on your own adventure. Bryson takes readers through Australia, with candid accounts of his encounters with the country’s inhabitants, both human and wild. This book will inspire wanderlust and have you listing places to visit once you arrive.

For the ultimate warm and wonderful tale of a childhood in Australia, you’ll never beat Clive James’s Unreliable Memoirs. The funny thing is, you can imagine that this kind of wild, free, fun, outdoorsy childhood is still possible for your kids in Australia. For a more thoughtful and poetic travelogue, try Bruce Chatwin’s The Songlines. Last but most certainly not least, The Thorn Birds by Colleen McCullough. Pick it up at the airport shop and you’ll arrive in Australia moved, inspired and wondering where the last 20 hours went! 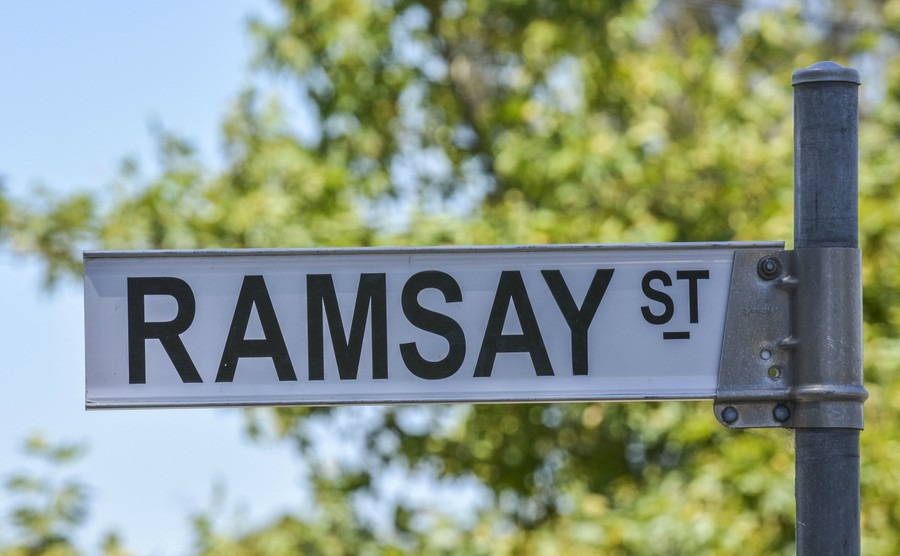 Get up to speed with the goings on in Ramsay Street before you make your move.

Starring Nicole Kidman and Hugh Jackman, this is an epic love story set in the Northern Territory during World War II. When an English aristocrat inherits a cattle station, she embarks on an adventure through the outback with a rough-around-the-edges drover. The cinematography beautifully captures the rugged charms of the outback and the story brings its history to life.

On a similar theme but very different, Walkabout is also a trip through the bush. An Aborigine boy rescues two abandoned schoolchildren. There are plenty of great low-budget Australian movies too, so get your iPad stacked up with Muriel’s Wedding and The Dish. A terrific movie to help your kids get a feel for the place is Paper Planes.

Neighbours is one of the longest running television shows in Australia.

Neighbours is one of the longest running television shows in Australia with nearly 8,000 shows under its belt. During its peak in the late 80s and early 90s when it was on BBC1 twice a day, it was one of the most popular programmes in the UK. The country came to a standstill for Scott and Charlene’s wedding. If you’re under 30 and wonder what all the fuss is about, the show follows the lives of a group of neighbours on Ramsey Street. Neighbours fans can tour the set (located in Melbourne) and meet cast members. You can still watch it on Channel 5 in the UK, so get up to speed with who’s cheated on whom, and you can impress your new Aussie friends when you arrive.

The better your bargaining technique, the nicer the area you can afford! Read our guide, How to Negotiate Abroad.

This fun tale depicts the story of Mick Dundee (AKA Crocodile Dundee), a crocodile hunter and safari owner in the Australian outback. When he saves an American journalist from one of the giant reptiles, she invites him to visit New York. You can imagine his shock when he experiences the city jungle, which is unlike anything he has experienced before. The film is full of Australian stereotypes and is a fun glimpse into rural life here.

Australian humour at its finest, The Castle is a movie about life in Australia for its working-class. Melbourne family the Kerrigans find their happiness threatened when developers attempt to acquire their home due to the expansion of the neighbouring airport. The movie will give you a glimpse into blue-collar Australian living, with plenty of laughs along the way.