Income tax in Australia: how much you’ll be paying

Planning to relocate to Australia? Here are the income tax rates that residents and non-residents in Australia are paying as we approach the start of Australia’s financial year.

In Australia, residents and non-residents are required to pay tax on all income earned in the country. Australia has one of the highest tax rates in the world, with roughly one-third of earned income going towards tax. It is still slightly below that in the UK however, Australians enjoy some of the best healthcare and welfare provisions in the world, as well as top-notch public services.

In Australia, residents and non-residents are required to pay tax on all income earned in the country.

Australian residents are taxed on all of their worldwide income, while non-residents are only taxed on income sourced in Australia, but at a higher tax rate than residents. On top of the income tax rate there is a Medicare Levy (0.5-2.5% a year) which varies depending on income, plus a temporary budget repair levy of 2% applied to high income earners. 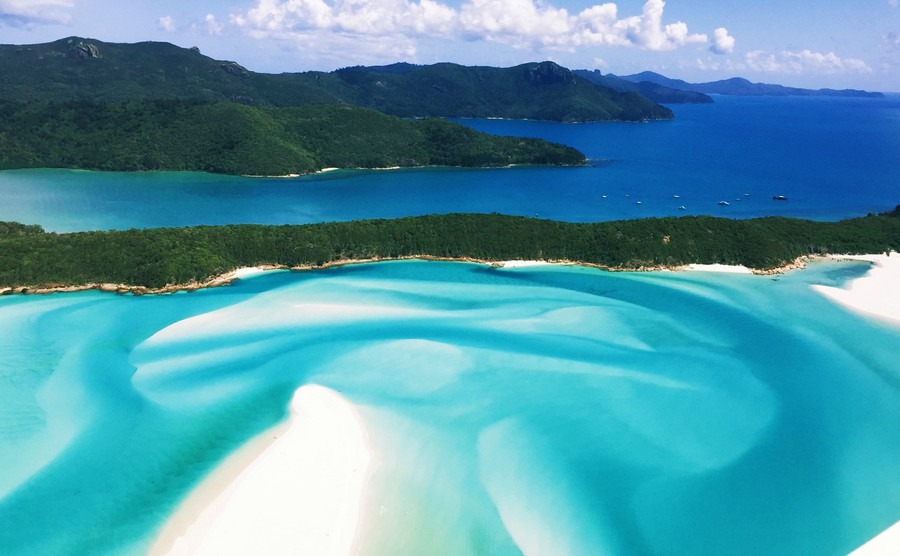 If you want to enjoy Whitehaven Beach, Queensland, get your tax in order!

If you are moving to Australia and plan on taking up residency, you will be required to pay taxes as an Australian resident once residency is established. Residents making under $18,200 per year are exempt from paying tax, while the lowest tax bracket is taxed at a rate of 19% and top income earners are taxed 45% of their annual income. Below are the tax rates for Australian residents, not taking into consideration the medical levy and Temporary Budget Repair levy.

How does Australian tax stack up?

If you’re hoping to evade paying high tax rates there are a handful of countries with top tier rates of only 15%. Costa Rica, Sri Lanka, Sudan, Yemen and Iraq have some of the lowest tax rates in the world.

The financial year in Australia runs from 1st July until 30th June. The deadline for filing tax is 31st October. If you are unsure if you need to pay tax in Australia there is simple calculator that can help you determine if you are in arrears. Payment plans are available and interest and fees are applied to taxes paid after the October deadline.