How to settle into Australian life

Aussies are a relaxed and welcoming bunch and no language barrier (more or less!) makes it easy to settle in. But it’s not all the same as back home, so don’t miss our top tips on ‘becoming Aussie’.

Make fun of everything

Australians tend to make fun of each other… a lot. What can seem abrasive and outright rude to the observer is really an endearing entanglement for those involved. “Taking the piss” as Australians like to call it is as ingrained in the culture as back-yard barbecues and rugby league (or footie for short). If somebody starts making fun of your take it as a compliment. It means they are comfortable enough around you to involve you in this time-honoured tradition. Hurl a few insults back at them and you’re well on your way to becoming a true Australian.

“Mate” is one of the most popular words in the Australian lexicon.

Toss all your shoes in the back off the wardrobe, you won’t need them. In Australia “pluggers” are the footwear of choice for practically everyone. What are pluggers you may ask? Flip-flops or thongs, this flimsy footwear reflects the laid-back beach side culture of Australia. Chuck on a pair of boardies (swimming trunks) and a singlet (vest) to complete the Aussie look.

The slang word for friend is one of the most popular words in the Australian lexicon. Before long you will notice it rolling off your tongue like it’s second nature. Your neighbour, your boss, your best-friend and even your significant other can all be adoringly called mate. It’s the perfect way to disguise forgetting someone’s name. Plus you’ll probably develop friendships with people without knowing their real name, opting for mate instead. 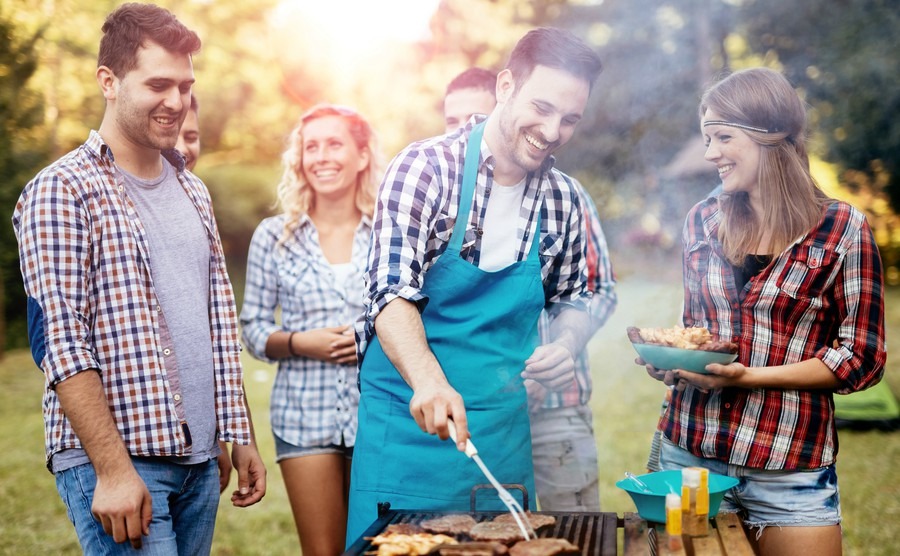 Australians love to cut corners and nowhere is this more apparent than in their language. A barbecue turns into a barbie, a biscuit turns into a bickie and your name will likely be chopped in half with a vowel added to the end. David will become Dave-O, Darren will become Daz-A and Lachlan will be called Lach-E. You may want to anticipate this phenomenon beforehand and choose yourself a shortened version of your name before it’s assigned to you by someone else. I went for Megie.

The better your bargaining technique, the nicer the area you can afford to have all those back-yard barbies in! Read our guide, How to Negotiate Abroad.

Australians live for Sunday afternoons. The iconic Sunday sesh (session) was invented in Australia and involves a combination of good friends, good music and cold beverages. The famous Australian barbecue often takes place on Sunday afternoons and is the perfect excuse for a Sunday sesh. Bars and restaurants around the country will have patios spilling with people on Sunday afternoons, dressed in their best while spending time in the sun, before getting home in time to get a good night’s rest before the work week begins.