How to be an Australian dad

The ladies are indoors minding the kids while the dads are firing up the barby and necking a tinny, right? If your impressions of Australian men run along these lines, you’ll be glad to know that Australian society is changing.

s a father or father-to-be, understanding paternity rights is important; even more so when moving to a new country with unfamiliar customs and legislation. Here we examine paternity rights in Australia, and what it’s like being a father there in 2017.

Being a dad in Australia has many perks. Easy access to the great outdoors, great weather all year and a friendly, laid-back culture makes it a pretty great place to raise a family. Men still make up a larger portion of the workforce (54.6%), and although there is a concerted effort being made in Australia for wage equality among men and women, in 2017 a man’s full-time weekly ordinary earnings is still 16% more than a woman’s.

As women push for equality in the workplace, men are beginning to demand parity in the home.

As women push for equality in the workplace, men are beginning to demand parity in the home. When welcoming a new-born baby into the world, women in Australia are entitled to 18 weeks of paid leave through the Federal Government’s Paid Parental Leave Scheme. Inherent in this scheme is the ability for the mother to transfer some or all of the pay to the other parent. On top of this, 39% of employers provide secondary-carer leave to fathers above and beyond the government’s paid parental leave scheme, and 48% of organisations provide this for females or the primary carer.

In the instance of a divorce or separation both parents must be treated equally; however the accepted principle in Australia is the children should reside in accordance to the best interest of the child. The Australian Parliamentary Family Law Act 1975 is the piece of legislation surrounding the separation and divorce of parents. This act, which was revised in 2006 to award increased rights for men, is based on the United Nations Convention on the rights of a child. In principle, the ideal scenario in Australia (and most parts of the world) is that parents have joint custody and assume equal responsibility. 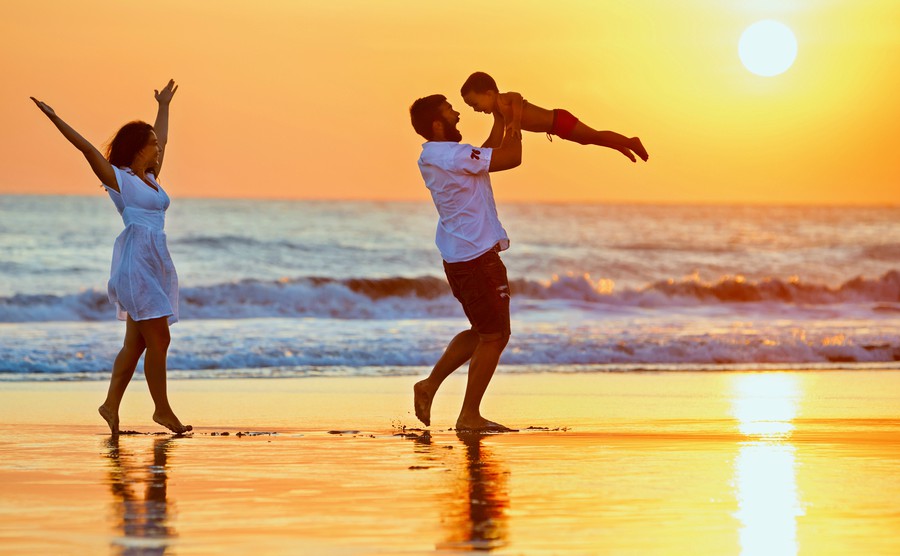 Joint custody of children is promoted in Australia

Since the 1970s there has been a push for fathers’ rights, in an attempt to achieve cohesion of the family unit, paternal custody, child access and more. Today there are a number of organisations committed to creating equal opportunities for men in the household, such as the Men’s Rights Agency, which works to improve the balance between men and women and provide a better atmosphere in which to raise children.

Australia is seeing an increase in men staying home with the kids while mum works.

In most cases men return to work shortly after a baby is born, while women stay home to care for the child. However, Australia is seeing an increase in men staying home with the kids while mum works. Household duties are typically shared amongst the parents, and the gender stereotypes that dominated in previous decades are beginning to change for the better.