Came for a holiday, stayed for a lifetime

I arrived in Australia with a little cash and lot of hope. Read what happened next as this vast and beguiling country worked its magic on me.

I was never planning on staying in Australia as long as I did. When I left the UK at the age of 19, I was young, naïve and searching for adventure. I booked my flight to Australia on a credit card, and had a little over £300 to get me by until I found a job. Some might think this was the most outrageous plan ever, but then don’t most spontaneous plans that end up creating lasting memories?

I arrived in Sydney armed with just a backpack, a working holiday visa and a lot of enthusiasm. My only plan was a 7-day surf trip from Sydney to Byron Bay. I really didn’t know too much about Australia at the time, only that it was eternally sunny, the people spoke English and that it had more deadly animals than any other country in the world.

I arrived in Sydney armed with just a backpack, a working holiday visa and a lot of enthusiasm.

Something I wasn’t prepared for was the temperature in Sydney in June, which wasn’t quite as hot as I’d imagined. I was surfing in a wet suit, instead of my bikini, and was desperately in need of some quality beach time to work on my sun tan. That’s when someone told me about a place called Cairns. It has a tropical climate, is 2,000 kilometres north of Brisbane and there was a flight leaving in the morning. I booked the flight with my last remaining sterling and hopped on a plane to a town I’d only heard of about 12 hours before. 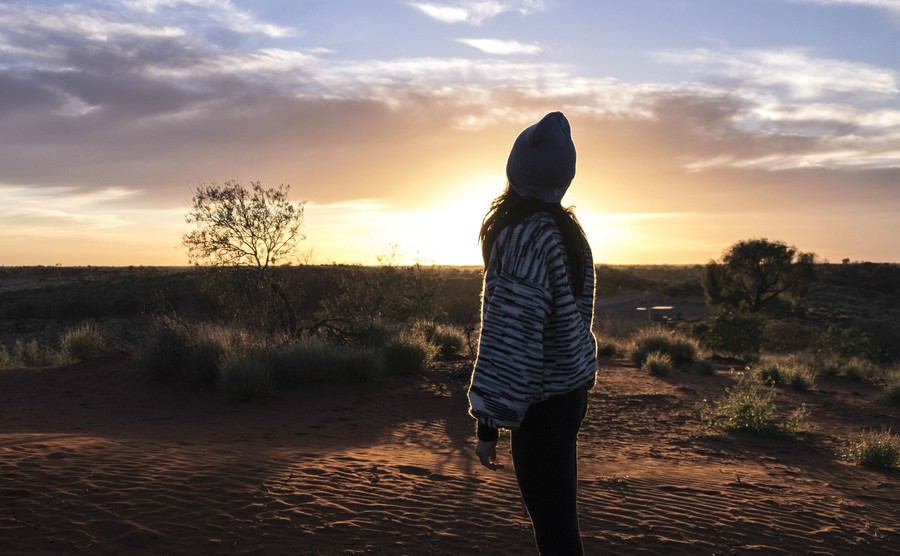 Dawn rises on my Australian dream!

Luckily when I arrived in Cairns I found a job pretty quickly. I met a tight knit group of travellers and got swept away in the backpacker scene (which Cairns is famous for), for what seemed like eternity. Not too far into my holiday I did what happens to more British backpackers in Australia than you would imagine, I fell in love with an Australian. My parents received the phone call they were dreading, I wasn’t coming home. My one-year work visa was now a permanent staycation on the other side of the world.

As we look forward to a British autumn and winter, now is the time to make serious plans to emigrate. Download our Emigration Guide today, and you could follow in my thong-prints.

Of course, I couldn’t just stay there once my visa had expired. I was fortunate enough to be granted a student visa, and spent the next three years in Australia doing my undergraduate degree in Business. My life in Australia was now my new norm. I was assimilated to the accents and humour and weird idiosyncrasies. I exchanged wellies for flip flops (I even call them “thongs” these days – that took a while!), and jackets for flowy summer dresses. The beach was part of my everyday life and being outdoors more than indoors became how we lived.

I exchanged wellies for flip flops, and jackets for flowy summer dresses. The beach was part of my everyday life and being outdoors more than indoors became how we lived

We returned to the UK to get married, but Australia was calling us and we soon moved back, bought our house and had our first child. My son’s first words were with a wee Australian accent and he is now proudly a dual citizen of Australia and Great Britain (and so am I). I often think about the sequence of events that led to this amazing holiday that turned into an incredible lifetime. The spontaneous decision to travel to Australia, that impromptu flight to Cairns, meeting my husband and choosing Australia over the UK as a place to spend my twenties and thirties. 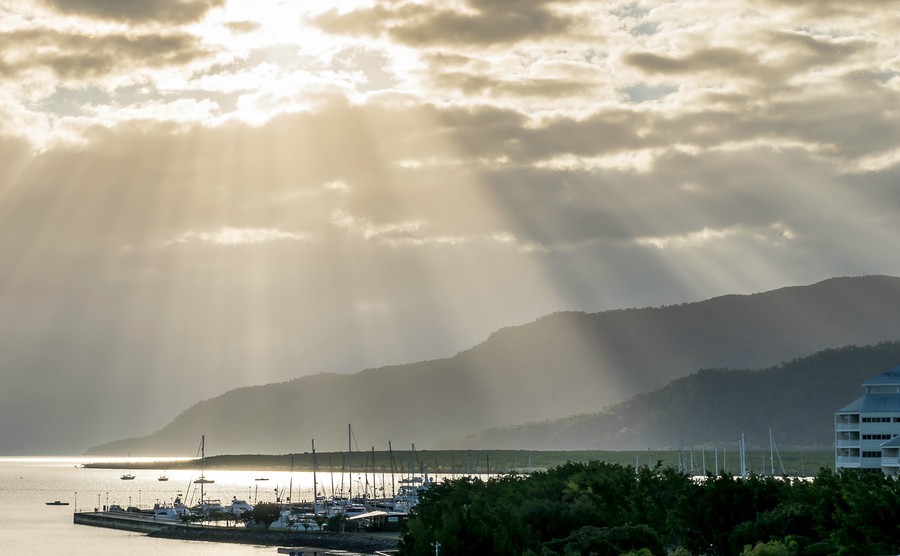 Cairns is located in the tropical north.

I hear of similar, inspiring stories all the time. Some people came over as backpackers like me, some came to Australia for work, others wanted to give their children a different lifestyle and many found Australia in their retirement. One thing most UK expats have in common is a firm belief that they made the right decision. I am not sure what it is but life is just easy in Australia; it feels like a holiday that never ends – and anyone can do it!

If you’re making the move, you should speak to a currency and payments specialist about how to get money sent to you in Australia. We recommend Smart, ranked highest on Trustpilot for money transfer and currency exchange.