With home ownership in Australian capital cities out of reach for many, the Australian dream is being reimagined and a rental culture becomes the new norm.

The Australian dream of owning a nice home on a quarter acre block is becoming a thing of the past for many young Australians, with 70% of millennials in Sydney renting. With 40% of those considered long-term renters, the possibility of home ownership is becoming a fading hope for many young people who have yet to enter the property market. The reimagined dream of a renting culture is not un-familiar in other parts of the world. In Germany only 41% of people own their home and in Switzerland it’s even less at 38.4%. Currently 67% of Australians own a home, this is the lowest level in 50 years.

So is renting really so bad? When one considers a mortgage and all expenses accumulated from buying in capital cities such as Sydney and Melbourne, the freedom of renting begins to gain appeal. With the average home price in Sydney rounding out at £578,000 (January 2017) and the minimum down-payment for a home of 5% (£28,500), that leaves a whopping £548,000 mortgage to be paid down over 25 years. It doesn’t take a maths genius to realize that the feasibility of home ownership with a loan this size does not work. Especially for the average worker between the ages of 15-29 whose weekly take-home pay is only £469 a week.

Rental rates in capital cities are more affordable than most mortgage repayments and aren’t met with the additional costs such as property tax, maintenance fees and body corporate fees. The apartment glut in Brisbane and Melbourne is seeing rental rates reduced by up to 20% in some areas. The price to rent ratio is one metric that can help decipher if it’s better to rent or buy in any given market. The ratio is calculated by taking the price of a property and dividing it by its annual rent. Ratios in the 10-13 range support buying, while ratios in the 18-20+ range favour renting.

That same average home in Sydney priced at £578,000 which would have an annual rent of about £1,546 a month (£18,500) a year has a rental ratio of 31. Without a hefty down payment the purchase of an average home in Sydney doesn’t make such sense. And with young people in particular who don’t want to be “house poor”, sacrificing everything in their life to pay their mortgage, the reality of home ownership is becoming less appealing. 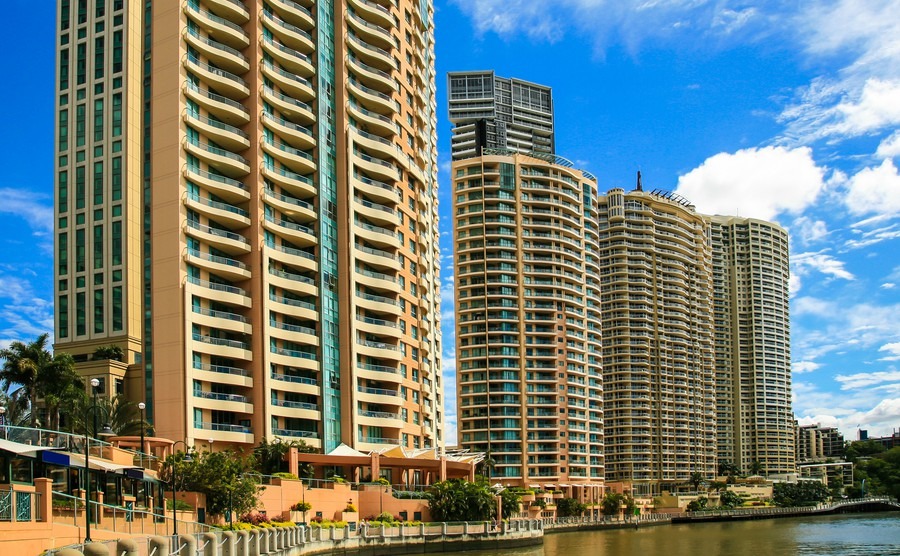 Plenty of Brisbane apartments, but who can afford to buy one?

The joy of renting

Life as a renter isn’t so bad either. There are plenty of benefits to renting instead of buying. Less overhead costs associated with property ownership means more money in the bank to spend on things like travel, socializing and buying material goods. Young people tend to value experiences over possessions and the status symbol of home ownership is losing its appeal with this demographic. Of course the draw-backs of renting include unsecure housing and no appreciating assets or equity to take into retirement, however property ownership is not the only way to invest in the future.

So what does this mean for British expats moving to Australia? Don’t overlook the option of renting. If you don’t have a sizeable down-payment or cash to purchase a property, and aren’t looking to explore the areas outside of capital cities to purchase, renting can be the perfect solution to your move abroad.