Australians avoid the sun as much as possible, hardly ever call anyone by their real name and are some of the best water conservers on the planet. These and other things no one ever told you.

The reality of living in Australia can be much different than the expectation of it. The sunny skies, stunning sights, charming accents and cuddly wildlife aren’t far from the mark, but there are some distinct differences between Australia and the UK, and some facets of the experience that may surprise you upon arrival. Isolated from the rest of the world, Australia has picked up its own culture and there are many things in Australia that make it unique. Here are some realities that I discovered after arrival. Why did no-one tell me! 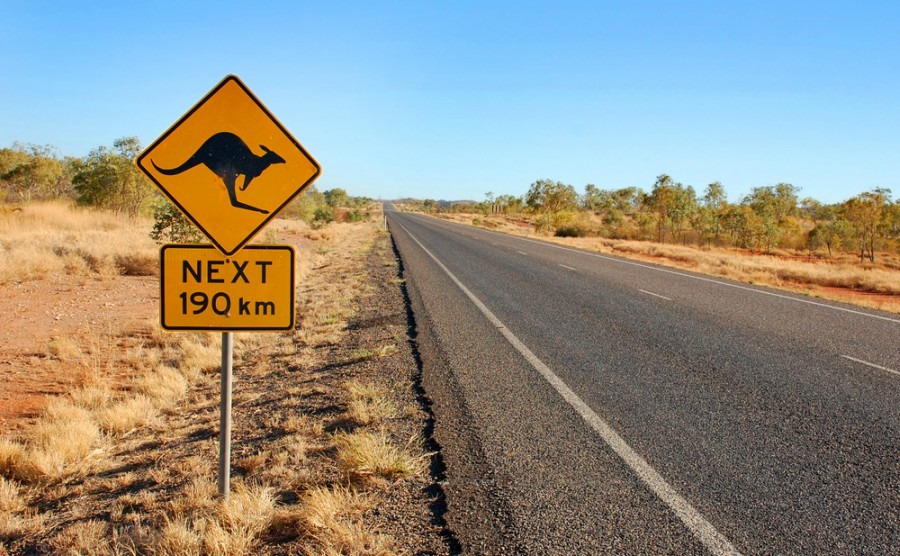 Australian roads, with just the kangaroos for company

1. You may never know your best friend’s real name

Australians are renowned for using nicknames instead of full names. Typically a name gets a vowel added to the end. For example, Dave becomes Dave-O, Deborah becomes Deb-O and Lachlan becomes Lach-E. Other more misconstrued nicknames are also common. The informal nature of Australians may result in you never knowing the real name of some of the people in your life, and that’s OK, they probably only go by their nickname anyways.

2. Shops shut early at weekends (or don’t open at all!)

Even in Sydney it is common for shops to close early on the weekends. I remember my first time in Perth how shocked I was that there were no shops open at all on Sundays. At first this can be quite annoying when you schedule your weekend shopping trip, but after a while it actually becomes quite pleasant. Weekends are for relaxing and spending quality time with friends and family. The fact that shops are closed or close early really supports this ingrained cultural value of Australians.

3. Driving six hours in a day is completely normal

You obviously know that area-wise, Australia takes up a great amount of space. What you may not know is Aussies don’t even blink an eye at driving 4-6 hours (or more) a day if going on a short trip somewhere. Not only do Australians drive great distances on a regular basis, this 4-6 hour trip is probably within the same state and time-zone.

4. Kangaroos are everywhere (but never lose their novelty)

Don’t be surprised if after you arrive in Australia you start seeing kangaroos everywhere. There are millions of these marsupial creatures and you will see them scattered all over fields of grass, in most undeveloped areas and sometimes as road kill on the side of the highway. As a Briton living in Australia you will likely never get tired of seeing these iconic creatures making kangaroo sightings an exciting part of living Down Under.

5. Australian wildlife is getting wilder by the day

In the past, expats were very careless with their pets and the fences to their zoos. The result? Australia has hundreds of thousands of feral camels and cats, brumbies (horses), donkeys, water buffalo, donkeys, pigs and goats.

Whether it is the sunny weather, the high standard of living or their natural disposition, the laid-back mentality is contagious

The ‘no worries mate’ mentality really is true in Australia and before long you should notice yourself becoming a lot more laid back. Australians live up to the stereotype of being relaxed and chilled out. Just listen to how they talk: “no worries”, “can’t be bothered”, “it’s all good”. Whether it is the sunny weather, the high standard of living (giving most people not much to worry about), or their natural disposition, the laid-back mentality is contagious. You’ll catch up in no time, no problem.

Don’t bother calling 999 if you’re in an emergency, you won’t find the help that you need. Emergency services can be contacted by dialling 000.

Due to severe droughts, water is a very important commodity. Australians are taught water conservation practices and are very water wise when it comes to conserving this precious resource. In many places water restrictions are in place which you’ll need to familiarise yourself with upon arrival.

The image of a bronzed and fit Australian is not so much the norm anymore. With skin cancer such an issue, Australians have become very sun smart, taking extra precautions when outside during the day to protect themselves from the harmful UVA and UVB rays of the sun. Due to the hole in the ozone layer which is right above Australia, as well as the sheer number of sunny days, protecting the skin from the sun is of utmost importance.

10. You have to pay to see the doctor

This comes as a real shock to many British people. On the other hand, taxes are lower in Australia, so if you’re earning you should still be better off.

For details of GP charges and a comprehensive round up of the Australian health service, download our brand new guide: Healthcare Abroad 2018.