Why buy in northern Portugal?

While the sunny south is understandably popular with expats, the North of Portugal – or Região Norte as it’s known in Portuguese – is also well worth a look.

The most populated and third largest region in Portugal, Norte stretches from the university town of Coimbra in the south up to the Spanish border in the north. This diverse landscape is home to soaring mountains, sprawling national parks and UNESCO World Heritage-listed wine regions. There’s unspoiled countryside, buzzing towns with excellent cultural scenes and fantastic surf and golf scenes.

Whether you prefer beachside villas, country escapes or city centre apartments, Northern Portugal has plenty to suit every lifestyle. So, why buy in Northern Portugal? We’ve got a few good reasons – and some recommendations on where to look, too. 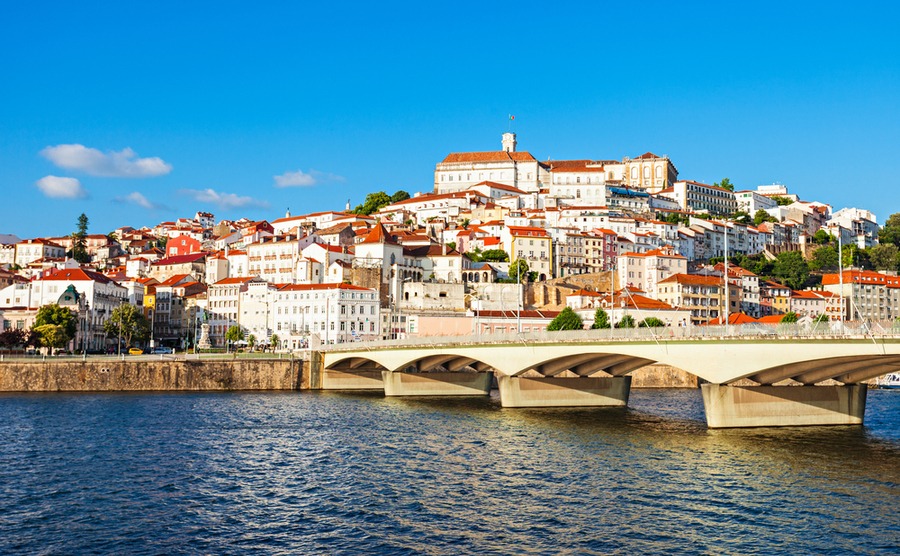 5 reasons to buy in Northern Portugal

1. It has great transport links

Northern Portugal is easy to reach from the UK, with regular flights from London, Edinburgh, Liverpool and Manchester. The international airport in Porto is the second busiest airport in Portugal, serving as a base for flag carrier TAP Portugal as well as budget airlines like easyJet and Ryanair. As well links to British and European cities, the airport also offers flights to Canada with Air Transat and New York (Newark) with United Airlines.

If you’re coming by car, Northern Portugal is just a few hours’ drive from ferry ports in the north of Spain, which have direct routes to England. In terms of internal transport, plans are in place to revive the high speed rail link between Porto and Lisbon – meaning you could travel between cities in just 90 minutes.

2. It’s a heaven for outdoorsy people

There are some excellent surf spots along the Costa Verde – Green Coast – which is, coincidentally, home to some of the country’s cheapest seafront properties. History lovers will enjoy visiting ancient rock-art sites in the Côa Valley, while adrenaline addicts can enjoy extreme sports in the Arouca Geopark. The latter has recently become home to the world’s longest pedestrian suspension bridge, the 516 Arouca.

3. It has a rich culture

While Southern Portugal has lots of Moorish influence, Northern Portugal is steeped in Celtic heritage. When you head into the countryside you’ll discover small towns and villages that have their own unique traditions and festivals. Braga is famous for its elaborate Easter celebrations, while Viana do Castelo hosts a parade dedicated to the Virgin asking her for calmer seas.

A more offbeat example of unique culture can be found in the charming riverside village of Amarante. This is famous for phallic-shaped pastries, sold in honour of patron saint São Gonçalo. Another foodie celebration in Portugal Norte is lamprey season, from January to April, celebrated in the towns lining the Rio Minho.

4. There are lots of exciting new developments

Property redevelopment and rehabilitation has been taking place in earnest, with a million square metres of real estate projects licensed in the Greater Porto area between 2014 and 2018. These improvements mean a lot of new properties coming to the market, as well as the chance to buy into historic homes with modern interiors.

Additionally, lots of new upmarket developments are being built in rural regions. For example, there’s the Vale Pisão Golf & Nature Resort, home to 400 luxury homes on the edge of a nine hole golf course. Similar developments are planned for the Douro Valley, Invicta and Vila Nova de Famalicao. 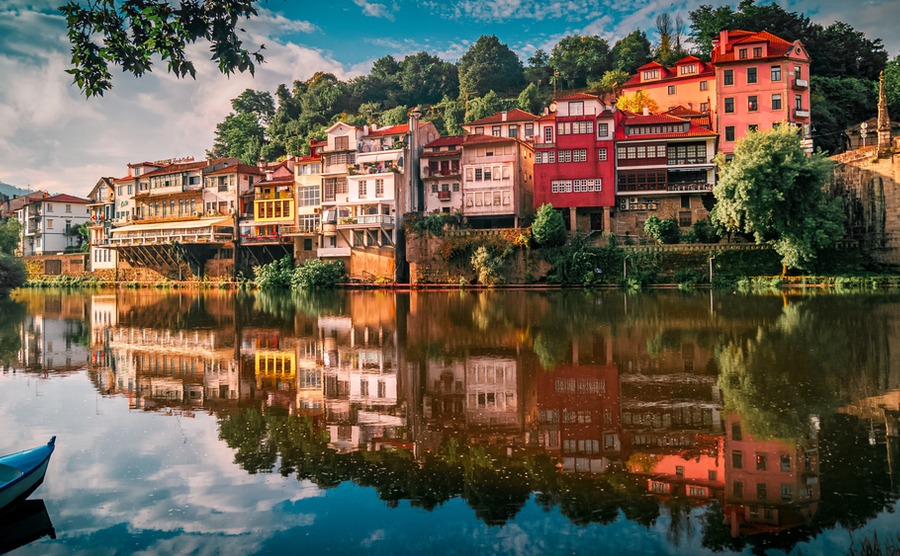 Property prices in Portugal Norte are among the lowest of all mainland Portugal’s regions, sitting just above the Alentejo and Centro. The average property price in Norte for 2020 was just €994 1 per square meter – roughly €500 cheaper than the Algarve (€1,562). Rental and purchase prices are continuing on an upward trend, however, with the median property price rising by 6/54% year-on-year. This is great news for those looking for an investment property.

Where to buy in Northern Portugal

There are lots of excellent properties to buy in Northern Portugal, and these three destinations are the perfect place to start your search.

Portugal’s second city is a buzzing place to live. It’s full of beautiful baroque buildings, and rich with cultural and historic attractions. Not to mention the port houses just across the river in Vila Nova de Gaia. It’s also becoming increasingly trendy with lots of hip bars and fine dining restaurants opening their doors. A burgeoning art and music scene, as well as interest from the global startup scene, adds to the lively character of Porto. The majority of properties for sale are apartments. Studios are often available in the city centre, set inside the historic tiled apartment blocks, while larger two-to-five bedroom flats can be found in suburban areas.

Browse homes for sale in Porto

The spa town of Chaves – which means ‘key’ in English – is the historic gateway to Portugal, just six miles south of the Spanish border. Although it’s small, it has a wealth of Roman ruins, 17th Century fortresses and nearby thermal baths in the Parque Termal. It’s small and friendly, with just 18 thousand residents. You can often find plots of land for sale in Chaves, perfect for building your own home. Otherwise you’ll find larger properties such as townhouses, detached villas and farmhouses. 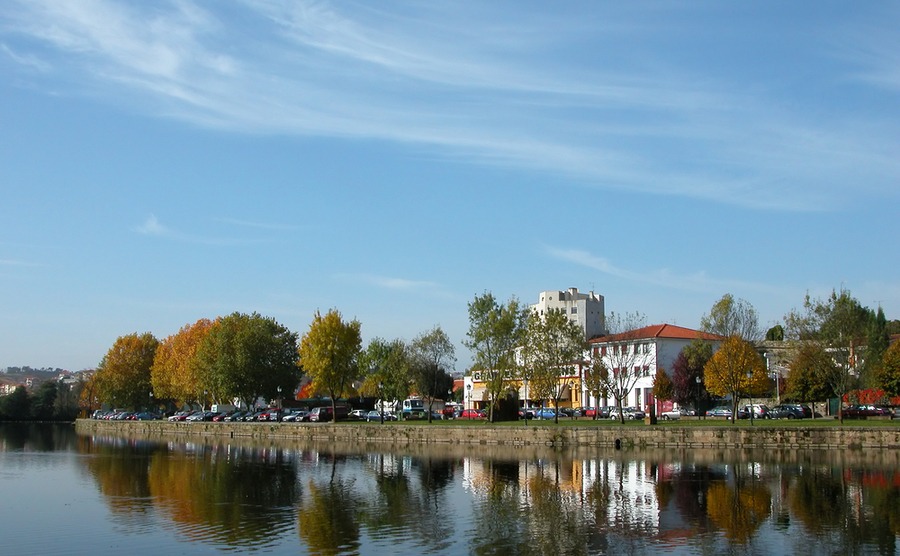 Browse homes for sale in Chaves

Braga is the third largest city in Portugal and was once its religious capital. As well as being home to the country’s oldest cathedral, it’s also home to more than 30 churches and the pilgrimage site of Bom Jesus do Monte. It’s quickly growing in popularity, and over the past year has experienced some of Portugal’s highest property price growth. It’s charming and atmospheric with narrow lanes, buzzing cafés and upscale boutiques. In terms of properties, you’ll find large family-sized homes with five-to-eight bedrooms on the outskirts of town. Apartments and studios are also available in the city centre, perfect for holiday lets.

Browse homes for sale in Braga