Where to buy property in the East Algarve: A whistle-stop tour

Considering buying property in the East Algarve? This article takes you on a whistle-stop tour of the area, with details of all the key locations.

The East Algarve is an enticing part of coastal Portugal and an area that continues to attract new overseas residents. It’s also a diverse region that offers a range of different lifestyles.

If you’re thinking about buying a property in the East Algarve, this guide to the area will help to point you in the right direction. It lists all the important details of the key towns and resorts.

Before we begin, it’s worth noting that the area is also dotted with smaller towns, villages and hamlets. Those seeking a low-key existence along the coast or in the mountains will find plenty of property options in these smaller locations – all of which are within easy reach of the bigger towns we mention in this article.

Popular towns to buy property in the East Algarve

We begin our tour working east from Faro airport.

Olhão is the first major town. Its location, just 20 minutes from Faro airport and city centre, makes it a great choice for anybody seeking a property in the East Algarve with easy access in and out of the country. It’s perfect for hassle-free weekend breaks.

Fuseta is a low-key beach resort with a delightfully old-fashioned feel. Served by two train stations, it is easy to access by public transport – and the airport is only a 30-minute drive away.

Fuseta maintains an authentic Algarvian feel, with a pretty town square and several open-air fish restaurants. There’s a small municipal market, and a choice of beaches, including those reached by ferry, and a lagoon-side beach with calm, shallow water.

Moncarapacho is just a few miles from Fuseta, but inland towards the hills. It’s a “best of both worlds” destination, offering the peace and calm of rural Portugal, but remaining within easy access of the action.

The compact town is the centre of activity, and is also home to a huge regular market selling everything from live poultry to fake designer garments. Large country properties and renovation projects abound in the immediate area, and there are also some modern apartments in the town.

Santa Luzia is locally known as the “Octopus capital”. Unsurprisingly, many of the restaurants in the pretty waterfront area specialise in the delicacy. Santa Luzia’s beach, Praia do Barril, is uniquely accessed via a 10-minute train ride across the marshes.

Santa Luzia has the feel of a quiet village. It’s a place for rustic townhouses and a slow pace of life – but the much busier city of Tavira is only five minutes away.

Tavira is perhaps the best-known east Algarve destination. It’s an extremely attractive small city, sprawling out from a central square that’s home to an amphitheatre and a highly Instagrammable “Roman” bridge.

Tavira is popular with international residents, who have the choice of living in the city centre, or in one of many modern condominium developments on the outskirts. The city’s beach (The Ilha de Tavira) is one of Portugal’s finest, and is just ten minutes away by ferry or water taxi. 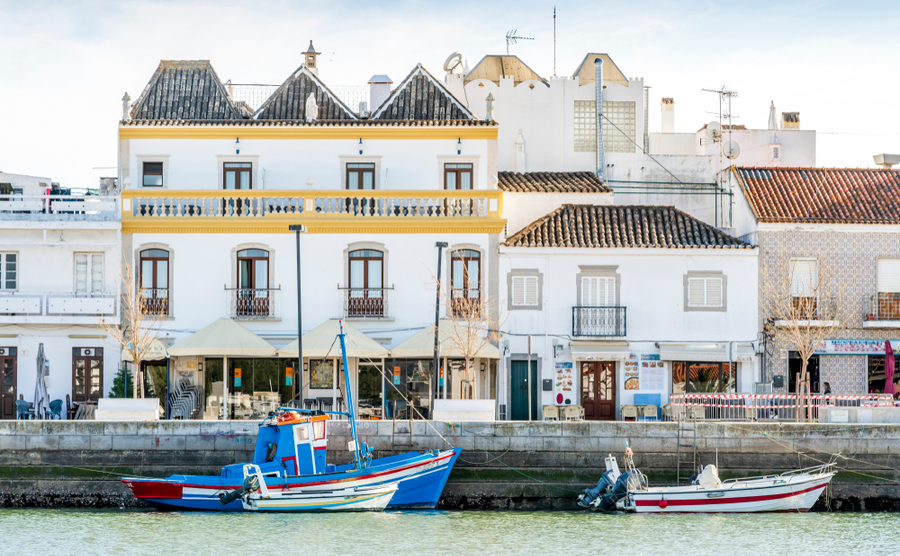 Cabanas de Tavira is a small resort a few miles east of Tavira. It has its own island beach, and life in the village centres around the modern waterfront boardwalk, which enjoys gorgeous views of the Ria Formosa natural park.

Cabanas is popular with tourists from all over Europe, including plenty who head down from Lisbon in the peak of summer. The place throngs with energy in July and August. For the rest of the year, the pace is relatively slow, but there’s an established permanent population of local and international residents keeping things alive.

Vila Nova de Cacela is slightly inland. It is not as lively as some of the other towns in the area, but it is well located with a good choice of affordable property. Since the East Algarve is a compact area, everything is in convenient reach.

The town is also very close to the glamorous Monte Rei golf and country club, with high-end golf to rival anything in the better-known central Algarve.

Manta Rota and Altura are two neighbouring resorts. They have much in common, and it’s possible to walk between the two.

In this part of the East Algarve, the beaches are once again joined to the land – so no need for water taxis and ferries. They are popular destinations with glorious sand and warm waters (by Atlantic standards). However, it’s worth noting that they do feel a little “closed” off season.

Monte Gordo is the closest beach resort to the border with Spain. This keeps it relatively lively all year round, thanks to day-trippers. There’s a small community of overseas residents in this town, which is popular with those from Germany and the Netherlands, as well as those from the UK.

There’s a good choice of bars and restaurants, a casino and an enormous white sand beach. Property ranges from beach-front apartments to larger villas on the outskirts. 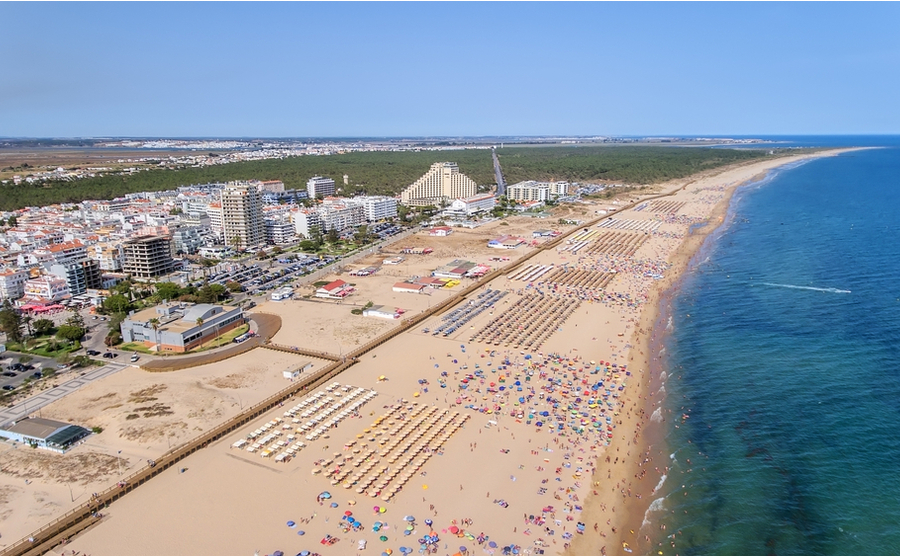 Vila Real de Santo António is the town directly on the Spanish border. It enjoys beautiful views (and ferries) across the border to the town of Ayamonte.

An attractive town with a Lisbonesque grid layout, Vila Real de Santo António is another destination kept thriving by day-trippers. It’s also a rather unique place to buy property in the East Algarve.

It’s worth emphasising that the East Algarve isn’t an enormous area. It takes less than an hour to drive from Faro to Vila Real de Santo António. As such, choosing any one of these destinations still leaves you within very easy reach of all the others. Take time to explore them all before deciding which feels most right to you.