How welcoming is Portugal to LGBT lifestyles?

We explore local attitudes if you are moving to Portugal with a same–sex partner. Will you be able to walk hand-in-hand on the beach, is your status as married partners protected, can you change your legal gender? Oh, and where are the best gay bars?

Portugal is ahead of the curve in terms of gay rights, even when compared to the rest of the western world. Same-sex marriage has been legal since 2010 – four years ahead of the UK and five years ahead of the USA – and in Wikipedia’s LGBT rights summary, Portugal delivers an almost complete list of green ticks. It bars “commercial surrogacy for gay male couples,” but then commercial surrogacy is illegal for all couples in Portugal, so this isn’t so discriminatory. IVF is available for lesbian couples, and joint same-sex adoptions are permitted.

Despite a solid record in gay rights, it would be unrealistic to claim that Portugal is a country completly devoid of homophobia. As in countries the world over, some people and places are more backward that others. This doesn’t mean that Portugal is anything but welcoming to members of the LGBT community – it’s just that in some places the gay scene is more “hidden in plain sight” than in others.

A Eurobarometer survey of attitudes found that attitudes have relaxed significantly, with only 29% supporting gay marriage in 2006 but 61% by 2015. 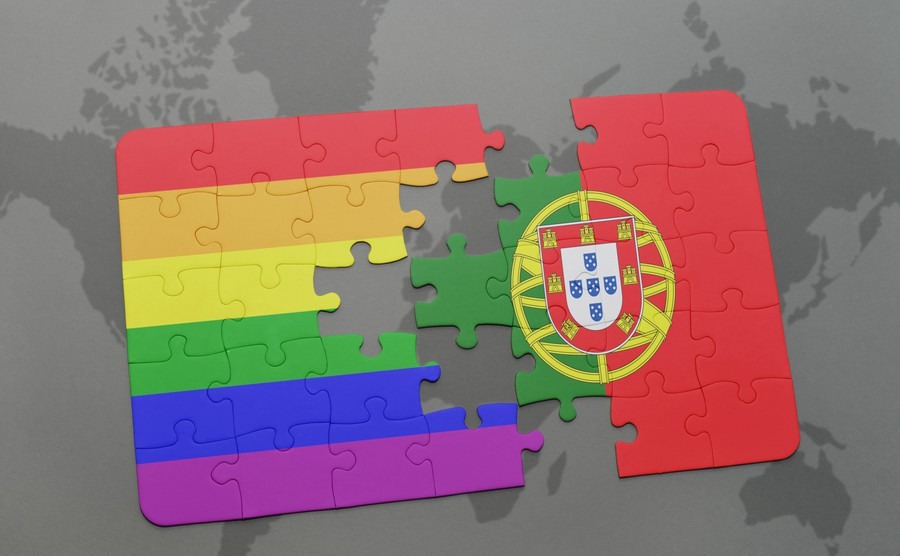 The most vibrant gay scenes are found in the major cities. Lisbon plays host to an annual pride parade, typically attracting around 50,000 people of all sexual persuasions. This is the highlight of Portugal’s gay calendar, but far from the only event.

There are numerous gay bars and clubs in the cities. In Lisbon, these are concentrated around the Barrio Alto (particularly Rua Barroca) and Principe Real areas. Porto’s gay nightlife scene is slightly more low-key, but there are gay and mixed establishments around the Galaria de Paris area.

Portugal is not a country where the LGBT community need to feel in any way uncomfortable.

While you won’t find many rainbow flags flying in Portugal’s more reserved rural areas, there’s plenty for the LGBT community in Portugal’s beach resorts. There are gay bars and clubs across the Algarve as well, with some in Albuferia, Tavira and Portimão. Even in the smaller resorts, there are often bars favoured by local gay communities. Sometimes these may not be specifically gay venues, but still display a rainbow flag on the door.

Portugal is not a country where the LGBT community need to feel in any way uncomfortable. There are some homophobic and prejudiced people around, but these are unavoidable anywhere. Thankfully they’re outnumbered by everyone else, making Portugal a place where, in the main, attitudes are as up to date as gay rights laws.