In Portugal you’ll enjoy a spring, summer and autumn of al fresco living, so getting the perfect terrace is well worth the effort.

Temperatures in Portugal have already topped 20 degrees this year, leading thoughts to turn to the outdoor lifestyle. For expats and holiday home owners, it’s time to prepare the garden (or the balcony) for the season ahead. This article is all about where to go to find everything you need.

Before we start, it’s worth pointing out that the Portuguese don’t tend to get quite so excited about the early signs of summer as those more used to living in northern Europe! Summer isn’t officially summer until June, and local retailers usually respect this unwritten rule.

The Portuguese don’t tend to get quite so excited about the early signs of summer as those more used to living in northern Europe.

As such, shops don’t tend to carry their full summer ranges until May or June. This is in entertaining contrast to the UK, where barbecues and outdoor games appear from March onwards, reflecting Brits’ stoical climate-related optimism!

Putting that aside, these are the places to go to kit out your Portuguese outside space:

Garden centres are everywhere in Portugal, and they’re fun places to walk around, especially as they carry items you wouldn’t see in the UK, such as orange trees and aloe vera plants.

Large supermarkets are a good place to find simple and cheap items for the garden, particularly plastic tables and chairs, which tend to cost less in supermarkets than anywhere else.

The only problem here is that these items won’t be in the shops until later in the year, so if you can’t hold out a little longer, you may have no option but to buy elsewhere. 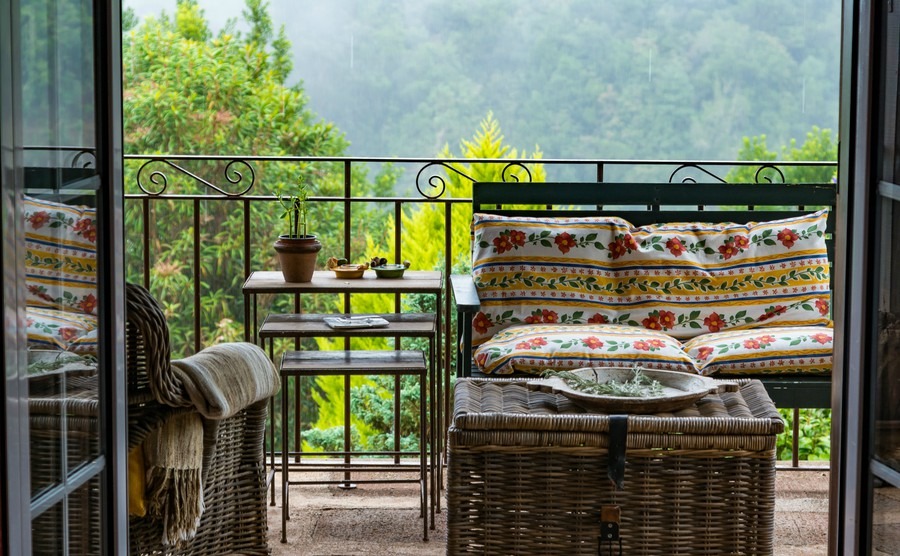 A terrace with a view, in Madeira

Portugal’s equivalents to Homebase and B&Q are the Aki and Leroy Merlin chains, the latter being found all over mainland Europe. These are the stores for everything from sheds to hot tubs, and they tend to carry a good range of outdoor goods all year round. Aki is particularly good for gas barbecues.

You’ll find all kinds of specialist outdoor living stores in Portugal, from large roadside yards specialising in terracotta pots, to glitzy showrooms for wealthy residents, selling hot tubs and luxury barbecues. If you’re after something a bit special and have the budget, you’ll find anything you could imagine.

If you’re after something a bit special and have the budget, you’ll find anything you could imagine

Importing your outdoor living items to Portugal from the UK would be very much like bringing coals to Newcastle, but if you’re within easy reach of Spain, there are sometimes savings to be made just over the border.