Like many left-wing governments, Portugal is finding that being anti-austerity is popular at the ballot box but trickier to get past Brussels. Are property owners going to be targeted?

Portugal’s state budget for 2017 was always going to involve a delicate balancing act. The current coalition won power promising to reduce the burden of austerity on the residents of Portugal, but it faces pressure from Brussels. The EU is demanding Portugal do whatever it takes to avoid the need for a second bail-out.

“Shameful,” “short-term,” “timid,” and “a return to austerity,” are among the many descriptions that have emerged so far.

The proposals put forward have provoked some extreme reactions from all angles of the political spectrum. “Shameful,” “short-term,” “timid,” and “a return to austerity,” are among the many descriptions that have emerged so far.

On the plus side, the budget looks like it may be enough to appease both Brussels and the ratings agencies. Secondly, the government’s popularity ratings are relatively high, just over five percent ahead of the opposition. 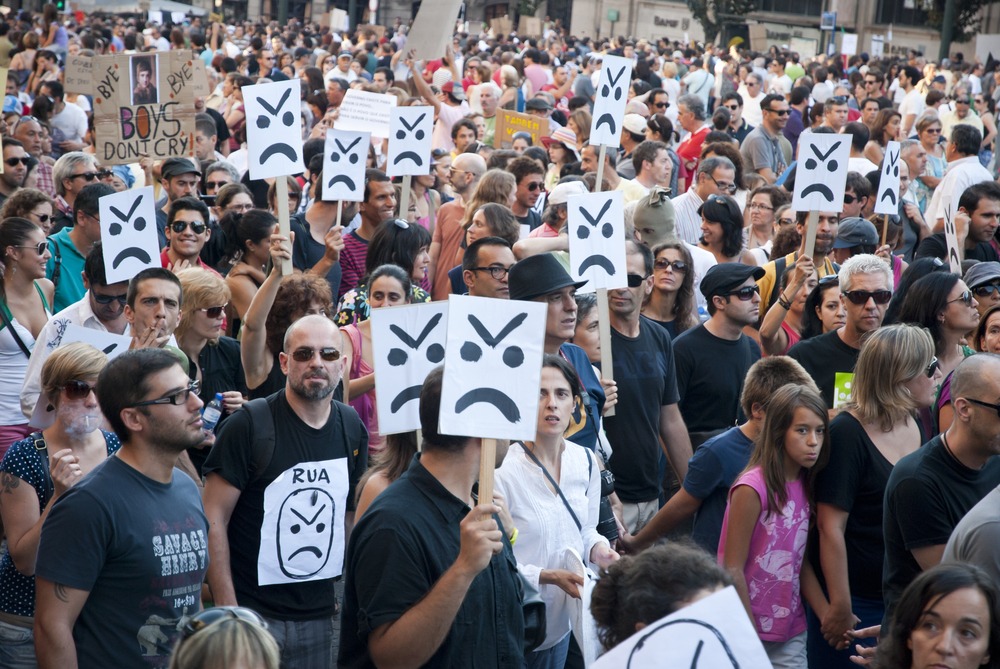 A demonstration against spending cuts in Porto (dinozzaver / Shutterstock.com)

As with so many state budgets, the proposals for 2017 take with one hand and give with the other. Indirect taxes appear to be the main thing that will cost residents and boost the government coffers. These include increased taxes on tobacco and alcohol plus new taxes on sugary drinks and the purchase of cars and houses.

Most controversially for many, the draft budget proposes a significant tax increase on holiday rentals – raising this from 15 percent to 35 percent on profits made. There are also plans for IMI (council tax) rises on high-value properties.

By focusing so much on these indirect taxes, the government has managed to put together a budget proposal that reduces direct taxes and increases pensions. However, it’s still speculated that the end result will be a reduction in spending power for most.

It’s important to note that this budget is very much at proposal stage. It will be debated over the coming weeks before the final version is put to parliament at the end of November. As with any budget there will be winners and losers. However, at this early stage, the coalition seems to have come closer than many might have expected to pleasing as many concerned parties as possible.