Portugal’s councils are enjoying a tax windfall in 2017, thanks to a strong property market and plenty of overseas investment.

Portugal’s local authorities are enjoying a tax windfall that O Jornal Económino has described as a “Euromillions for the public coffers.”

Strong property sales in the country – particularly to overseas investors – have resulted in a sharp increase in revenue from two local taxes, IMI which is equivalent to UK council tax and IMT which is a tax on property transactions.

Bank valuations of properties in Portugal are now at a six-year high.

In the five months to the end of May 2017, income from these taxes is already up over 10% year on year. Between the two taxes, councils have seen an income of approximately €1billion so far this year.

Looked at over a longer period, revenue from these taxes looks particularly impressive. In 2013, the IMT property transfer tax only raised €156m over the entire year while this year, there’s been more IMT paid in the first five months alone. It shows just how much the property market is thriving.

The additional income will be gratefully received by councils which had to stall projects since the financial crisis. Many local authorities in Portugal have struggled since 2009, cutting back on relatively small expenditures such as installing Christmas decorations in towns. It is this kind of news that shows the vital importance of British people (still the largest overseas property buying market in Portugal) maintaining their EU rights, not just for the retirees and investors themselves, but to the local economies too. 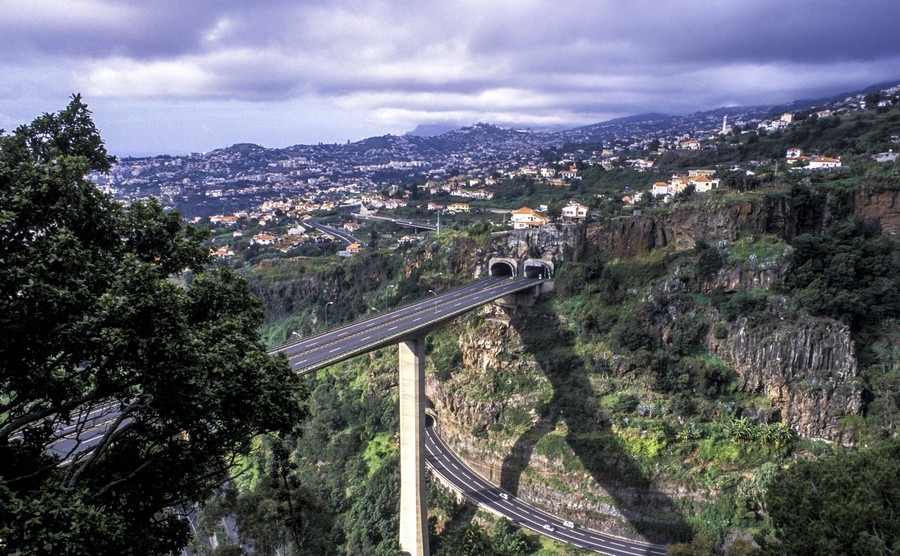 Overseas buyers are helping to finance infrastructure spending, such as in Madeira

A separate report has revealed that bank valuations of properties in Portugal are now at a six-year high.

The average bank valuation of a property in Portugal now works out to €1,111 per square metre, up by nearly 5% since last year. People who have purchased homes in the country in the last few years are therefore enjoying healthy appreciation in value.

The island of Madeira and the Alentejo region of mainland Portugal are currently seeing the most significant price rises, but it’s still the Algarve that leads the way over a long period. Since last year, average values there have risen by 9.8%. Homes in Lisbon are also up nearly 6%.

A good proportion of these increases simply replace value lost during the financial crisis, but regardless of this, Portuguese property continues to look like a solid investment.