Sir Cliff’s vineyard is for sale

As one famous British viticulturist is selling his Portuguese vineyard, international buyers are queuing up. A life in viticulture is never boring, says another British grower in the Douro Valley.

Sir Cliff Richard has put his Algarve vineyard on the market for £7.5 million. If you fancy a life in wine, you may be in a battle to buy it against Asian buyers with deep pockets.

In France, well over a hundred Bordeaux vineyards have been snapped up by Chinese buyers. In California’s Napa Valley vineyards have been sold to the Chinese for as much as US$40million. It isn’t just that Asia has a new-found fondness for wine – although with 1.94 billion bottles consumed in China in 2014 it is a huge market – but that China’s “million millionaires” are keen to buy assets

Vineyards, with their investment potential as well as the visa advantages, are proving popular.

Portugal has been quick to see the potential to get some global millions into its coffers. Their “golden visa”, where primarily Chinese, Russian and US buyers have been getting European visas in return for buying a Portuguese property worth over €500,000 is earning it hundreds of millions of euros in export earnings every year. Vineyards, with their investment potential as well as the visa advantages, are proving popular. One leading international property portal is in the process of selling 22 Portuguese vineyards. 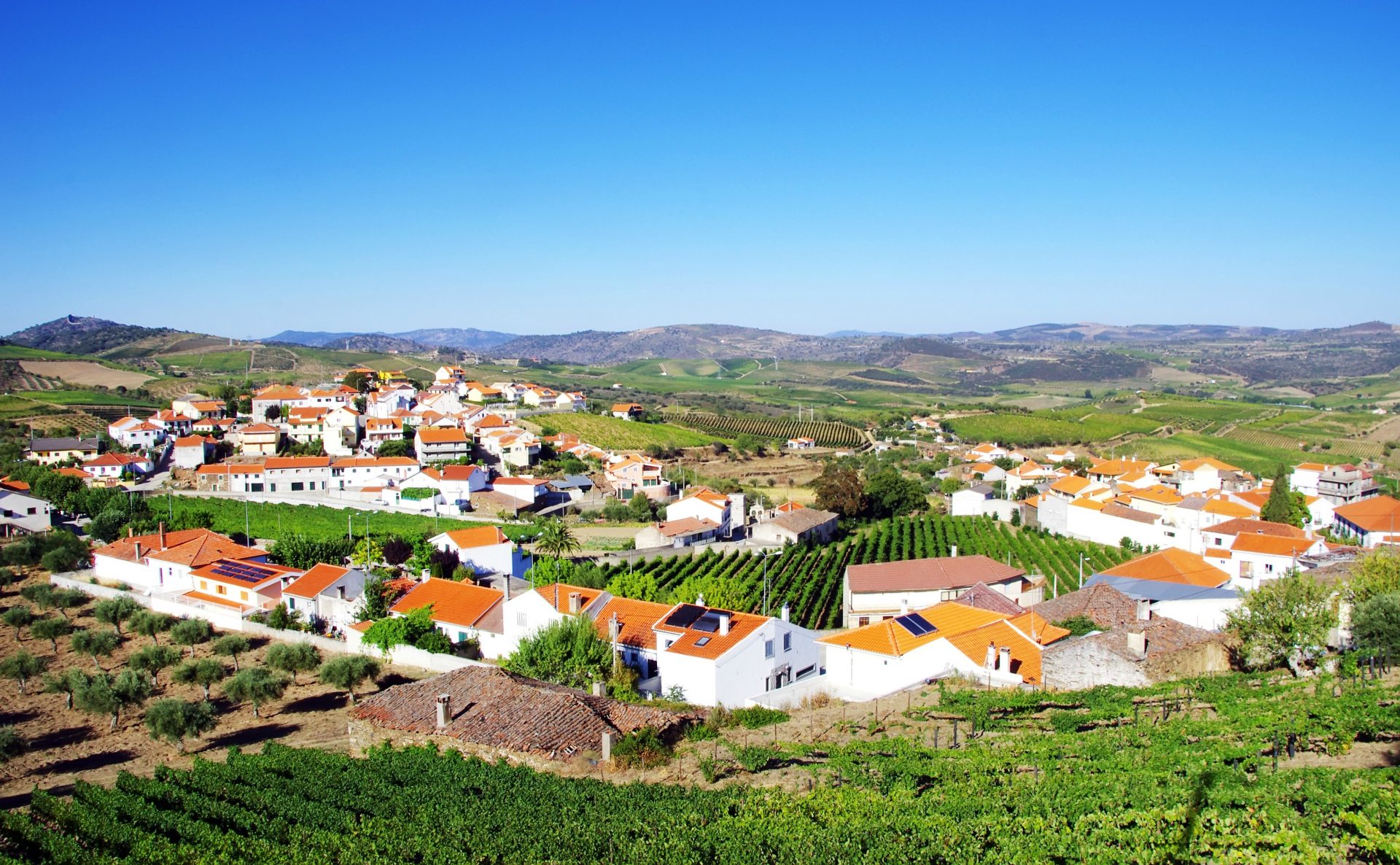 A village with vines, in the Douro Valley

Sir Cliff Richard bought his vineyard 14 years ago and has reported happily stepped in, literally, to crush the grapes in the traditional way with his feet. The 75-year-old star said his ownership of the vineyard has been “a truly exhilarating and rewarding experience.”

Named Adega de Cantor, “winery of the singer” his vineyard is at Guia, a couple of kilometres inland from Albufeira. It comes with three villas and tennis court. “Reluctant as we are,” said Sir Cliff, “my business partner and I believe it is time to slow down the treadmill and hand over the ‘dream’ to someone who can dedicate more time to this wonderful venture.”

The new foreign vineyard owners have brought jobs and prosperity

Another Briton who has made a successful business in the Portuguese wine business is Tony Smith, a former Financial Times journalist who bought a wine estate in the Douro Valley near Porto for €2.8 million in 2011 and is bringing his wines to London this month.

“It is our first international launch and a big deal for us”, he told the FT. And how is his new life compared to that of a Fleet Street foreign correspondent?

“All my friends told me I was going to go mad out here with cabin fever, but that really hasn’t been the case. There is never a dull moment.” He says that contrary to expectations, local farmers do not resent the new foreign owners, who have brought new jobs and prosperity: “we haven’t met any resistance, just hearty welcomes,” he told the FT, “People say it’s really good to have new blood.”

A farmhouse with suitable land to grow vines will cost from around €400,000. For a existing vineyard on sufficient land and with the premises and equipment to make a modest living, you will normally need at least €1million. Vineyards come with certain natural advantages. Firstly, since vines generally grow best on warm and sunny hillsides, vineyards tend to be beautiful properties. As an investment, the future of wine looks good, with Asian markets opening up and the world switching to wine as they become more affluent.