Portugal’s GDP saw the third highest growth in the eurozone in the third quarter of this year, something that Portuguese Minister of State and Finance, João Leão, believes “reinforces the confidence that Portugal will continue to grow above the European average in the coming years”.

With interest rates falling even lower, borrowing money to pay for a home in Portugal makes even more sense. See how in your free guide, How to Pay for a Property in Portugal.

The latest data released by the National Institute of Statistics (INE) revealed that in Q3 of 2021, Portugal’s Gross Domestic Product (GDP) grew by 4.2% year-on-year and 2.9% quarter-on-quarter.

Not only was this growth stronger than anticipated, but it was also well above the eurozone’s GDP growth of 3.7% YOY and 2.2% QOQ.

Commenting on the data, Leão said: “the level of vaccination reached, as well as advanced indicators, such as purchases and ATM withdrawals carried out by foreigners, point to the continuation of a strong recovery until the end of the year”.

“This is the second consecutive quarter that the Portuguese economy has grown above the European average, resuming the convergence with the euro zone that existed until the pandemic”.

He added that this economic growth will “allow the level of well-being of the Portuguese to converge with that of other European countries”. 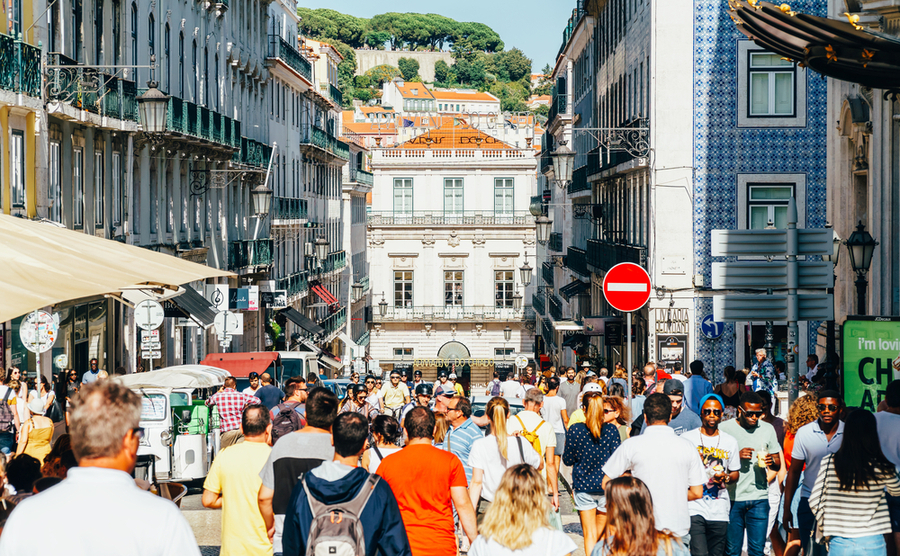 Portugal’s economy is above the eurozone average – Radu Bercan / Shutterstock.com

Portugal has also seen recovery within the labour market. Employment is now higher than pre-pandemic levels, with 34,700 more people employed in August 2021 compared to August 2019.

The property market is currently very buoyant, helped by a favourable global financial environment, record-low interest rates and a rush to buy before the end of the Golden Visa scheme in January 2022.

You can find properties for sale in Portugal here.

While the new Omicron variant has led Portugal to err on the side of caution, by reintroducing certain restrictions, the country’s vaccine progress has been among the best in the world with around 86% of the population fully vaccinated.

Nonetheless, from 1 December, it will be mandatory to wear a mask in all closed spaces, remote working will be advised where possible and digital vaccine certificates or proof of recovery from Covid-19 will be required to enter restaurants, cinemas and hotels.

The Portuguese Prime Minister also announced that everyone who is eligible for a booster jab (i.e. those aged 65 or over and whose second shot was more than 5 months ago, people who have a medical prescription for the vaccine, people who have been infected and recovered (more than 150 days), as well as people who were vaccinated more than five months ago with the Janssen dose) will be offered a vaccine by 19 December.