Portugal’s Silver Coast offers an alternative to Portugal’s Algarve for those who still want sun and sea, but are seeking something a little different.

Beginning an hour or so north of Lisbon, Portugal’s Silver Coast is a stunning region that’s increasingly being considered by expats as an alternative to the southern Algarve.

Find homes in Silver Coast via our property portal.

Even though the region is significantly further north than the Algarve, the weather is still a world away from what we are used to in the UK. Summer temperatures are still sizzling hot, and much of the time it’s only more wind and noticeably cooler Atlantic seawater that would remind you that you’re on a different latitude to the Algarve.

One big attraction of the Silver Coast is the proximity to Portugal’s cities.

Nor is the Silver Coast ignored by tourists. In the peak of the summer, it can feel just as busy as the Algarve, with festivals and events throughout the season. However, the tourist demographic is different. On the Silver Coast, you’re as likely to mix with surfers who flood to beaches like Peniche and Nazaré, and Lisboetas on a weekend break, as you are to see package tourists from northern Europe. They come all year too, with Nazaré’s astonishing 20 metre-plus winter waves easily a match for anything you’ll see in Hawaii.

One big attraction of the Silver Coast is its proximity to Portugal’s cities. That means Lisbon for those in the south of the region, but Coimbra or even Porto for those in the north. If you’re seeking a life by the sea with city culture within easy reach, this is more feasible from somewhere like São Mantinho do Porto than it is in the Algarve. Lisbon is little more than an hour’s drive from the former, and there are public transport options too. 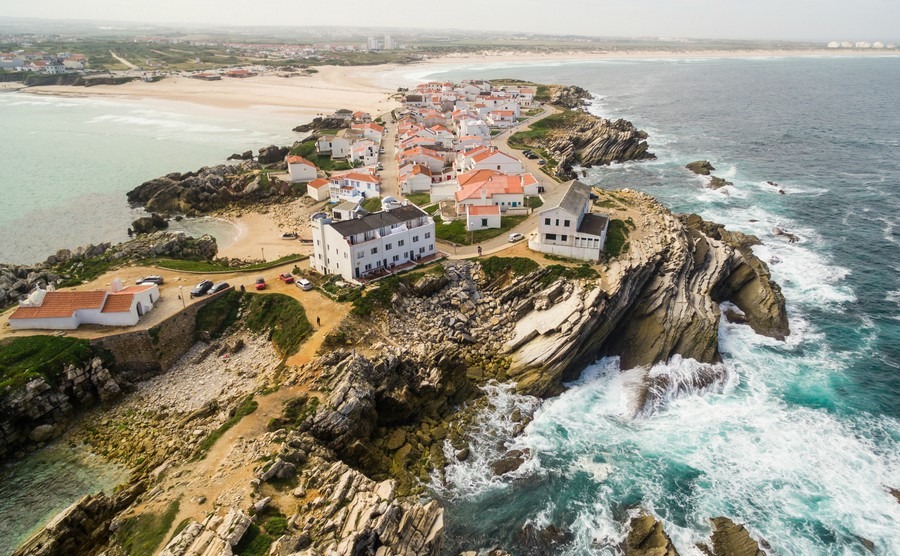 The Silver Coast is increasingly popular with expats, but the expat “scene” isn’t as pronounced as it is in the Algarve, giving you the option of dipping in and out of it at will. Caldas da Rainha, slightly inland, is a popular hub for expats from surrounding towns and villages.

Thanks to the wind, surfing is very popular in this area, and Peniche is a popular destination for competition surfers. However, the coast also offers plenty of sheltered bays and places for swimming. This is a stretch of coastline where you can find a beach to suit every taste – from wild to calm and picturesque. Off season, you will have no problem finding one you can have almost to yourself.

We have thousands of homes for sale in Portugal on our property listings. Click here to have a browse.

If you’re interested in exploring the Silver Coast, here are three towns to start with, providing a good overview of the area:

Peniche, as previously mentioned, is very popular with surfers. There is also the beautiful nature reserve of Ilhas Berlengas just off the coast. There’s a historic walled town in the centre, and plenty of traditional craft businesses providing a contrast to those aimed at the watersports set.

The expat “scene” isn’t as pronounced as it is in the Algarve, giving you the option of dipping in and out of it at will

Figueira da Foz enjoys a stunning location, with sea, the mouth of a river and picturesque hills surrounding it. The town is a working fishing port, but also maintains some grandeur, having historically been a popular retreat for those living elsewhere in Portugal. 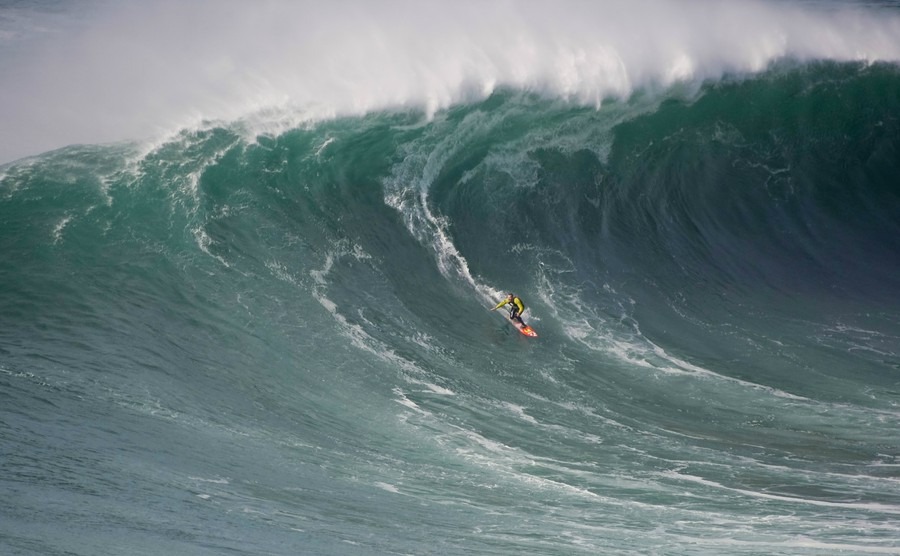 The town has plenty to intrigue those with a love of history, including churches, a clock tower and a Benedictine Monastery. For those who’d rather soak up the sun, there is a white sand beach, a riverfront and several fresh water lagoons to choose from.

If you are ready to buy in Portugal within the next few months, call our friendly Portugal Resource Team on 020 7898 0549 or email [email protected].

Coimbra is an inland city, but is worth mentioning here as it ends up being a focal point for many in the area. Coimbra is Portugal’s main university city and has a vibrant student atmosphere. It’s also a great shopping destination – both for independent shopping and for those seeking the large chains, who populate plenty of retail areas on the outskirts.

The Silver Coast is far from undiscovered, but it’s still very much unspoiled.