New York has Fifth Avenue and London has Bishops Avenue. But where are the most expensive streets in Portugal?

Portugal’s most expensive residential streets have been revealed. As well as showing where to find some of the country’s most desirable property, the list proves that even at the top end of the market, Portugal is still a place for well-priced homes compared to many countries in Europe.

Even at the top end of the market, Portugal is still a place for well-priced homes compared to many countries in Europe

Leading the pack is Rua do Salitre in Lisbon, where the average home costs just short of €3 million. The street is steps from the city centre and located off the broad and tree-lined Avenida de Liberdade.

Six of Portugal’s most expensive streets are near to or within Lisbon. There are two in the Belém district. Rua Fernão Mendes Pinto comes in at fifth place, with the average home costing just under €2million, while homes on nearby Rua António Saldanha, the eighth most expensive street in Portugal, cost an average of nearly €1.7m.

Lisbon’s remaining opulent streets are out in the suburbs, heading west towards the sea. Avenida Brasil in Cascais is the second priciest road in Portugal, with homes costing around €2.5m. Rua Dom Afonso Henriques in nearby Estoril also makes the top ten list, as does Rua a Gazeta d’Oeiras, a little closer to the centre of the capital.

Further North, two of Portugal’s most expensive streets are in Porto. These are Rua de Sobreiras where the average cost of a home is just above €2m and Avenida de Marechal Gomes da Costa, in ninth place on the list with an average property cost of €1,652,000. 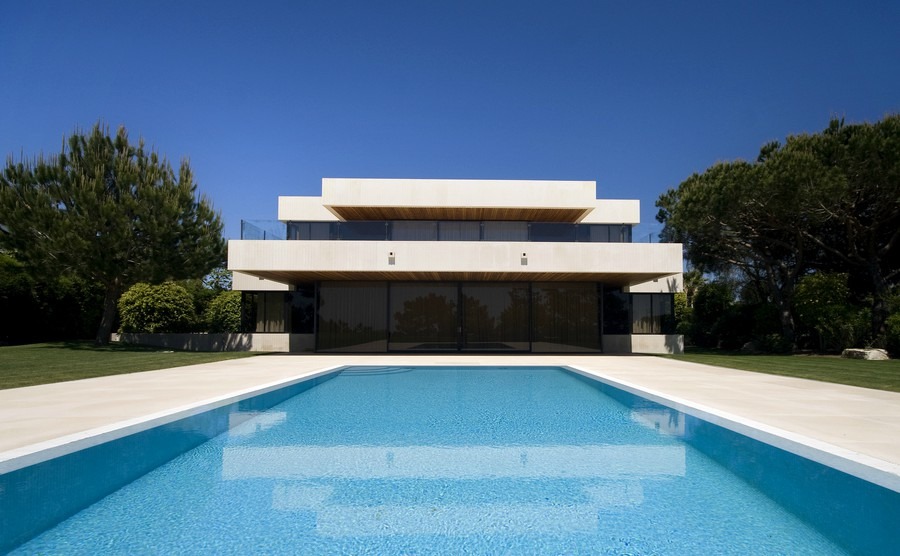 Your luxury home in the Portuguese Algarve

Surprisingly, given the sunshine, beaches and amenities, only two Algarve locations feature on Portugal’s list of most expensive streets. One of these locations is the entire Vale de Lobo urbanisation in the area’s popular “Golden Triangle.” Here, the average price of a property is just over €1.5m.

Only two Algarve locations feature on Portugal’s list of most expensive streets.

The most expensive Algarve destination for homebuyers is Loteomento Forte Santo in Quarteira. This wide road is home to plenty of sprawling villas, and only a stone’s throw from Vale de Lobo – however properties here are the third most expensive in Portugal, averaging just under €2.5m each.

Even if these properties are far beyond your financial graph, these are roads worth looking at if you ever find yourself nearby – if only for a gawp at how the other half live!