In this Portugal property market update, we look at the current state of the rental and sales markets, and what it all means for overseas buyers.

Movements in the Portugal property market currently have much in common with those in many other European countries: House price rises appear to be levelling off after a period of runaway growth. Meanwhile, rental prices continue to rise at a notable pace.

In this update, we look at the latest from the rental and sales markets.

As reported by O Jornal Econmómico, average rents in Portugal have increased by €270 per month based on the latest year-on-year figures.

Rent increases in some regions of Portugal dwarf that already high figure. In Beja, average rents increased by 108.2%. In Guarda, there were increases of 82.4%. In the Faro region, which encompasses the ever-popular Algarve, rents went up by 63.2%. This took the average monthly rental in the Algarve from €831 to €1356.

It’s worth noting that rents had already started to increase before June 2021, so these increases have now been ongoing for some time

Not every region saw increases between June 2021 and June 2022. Rents in Vila Real dropped by 13.8%. This area of northern Portugal (not to be confused with Vila Real de Santo Antonio in the Algarve) is now the second cheapest place to rent a home in Portugal. The average rent stands at €369 per month.

Portugal’s authorities often use initiatives and mechanisms to keep tight control on the rental market. However, it seems unlikely that anything will dampen the cost of rentals in the short term. In Lisbon, the Lisbon Owners Association (ALP) has refused to initiate a “break” on rental costs, as has happened in some areas of neighbouring Spain. They argue that the rent increases are purely a product of rising inflation.

While these rent increases are no doubt bad news for those seeking home to rent, they will likely prove interesting to overseas buyers. With such solid potential returns, investors have the luxury of choosing between the consistently buoyant short term rental market and more consistent (and lower effort) long-term rentals. 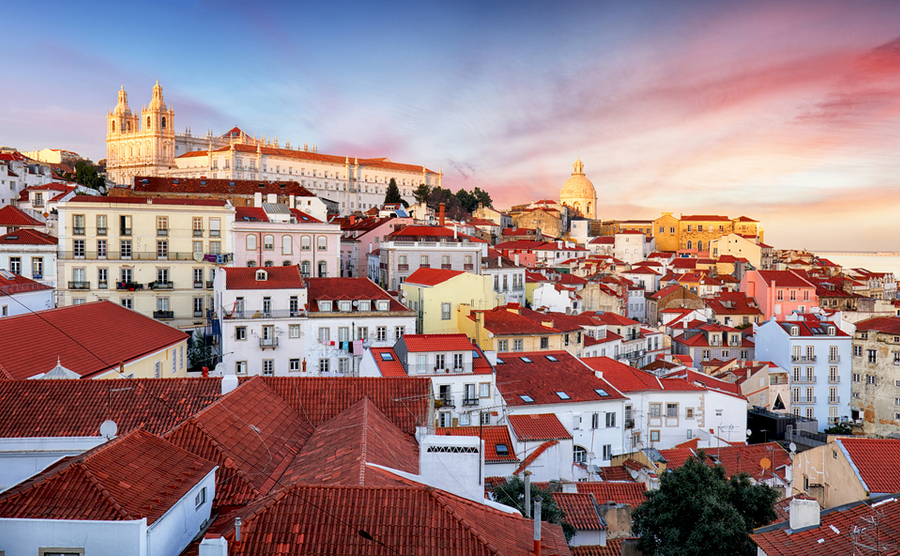 House price rises appear to be levelling off

Looking at the Portugal property market more generally, there’s a picture that will seem familiar to anybody who has been following the UK market of late.

There were considerable price increases between 2021 and 2022, with growth of 12.9% in the first quarter. However, things appear to have levelled off since April, with a slight decrease of 0.6% in May.

It seems probable that the inflation and cost-of-living pressures being felt across the world will put a stop to the runaway price increases seen in the past year. Whether there will be a notable drop in prices is too tough to call, but most pundits now agree that things will “slow down.”

All that said, there’s still plenty of demand to support the Portugal property market. A recent report shows a 29% increase in interest from overseas buyers. This interest will likely see a further boost due to the fact that the Golden Visa scheme seems set to continue in the medium term.

If you’re looking to buy a property in Portugal, the news is positive overall. It seems unlikely that the home of your dreams will suddenly increase in price, leaving you to enjoy a more relaxed property search. And with a beautiful climate and an ever-welcoming atmosphere, Portugal’s allure for foreign residents shows no sign of waning.

If you need help raising money to buy in Portugal, read our new guide, How to pay for a Portuguese property.