Portugal property prices rose significantly in 2021, but early figures for 2022 indicate that the market may be calming slightly.

Despite the challenges of the pandemic, Portugal’s property market had a buoyant year in 2021.

On average, year-on-year Portugal property prices increased by around 10%. However, early indications are that the fresh challenges facing the world could see things level off in 2022.

Portugal’s statistics institute (the Instituto Nacional de Estatística) recently reported that property values had increased by 10.4% (year-on-year to January 2022). The INE’s figures are based on bank valuations. In a clear indication of a busier market, there were 19.8% more valuations than in the previous year.

Meanwhile, figures from the BA&N Research Unit showed average mortgages rising in parallel, with people typically borrowing around 10% more. This has led to some notes of caution around how mortgage payments can increasingly cut into locals’ disposable income.

However, it seems that world events and rising living costs may temper such large increases as we go through 2022. In fact, figures from the Idealista portal, reported by O Jornal Económico, indicate a small drop of 0.9% for the start of the year.

As is often the case, there are some significant regional variations. Portugal property prices don’t tend to rise and fall at the same rate across the entire country and its islands.

Starting in the ever-popular Algarve, bank valuations rose by a huge 16.5% in 2021. The region’s beautiful weather, coupled with the country’s much-respected Covid response, no doubt further increased the area’s appeal in 2021. While country-wide values dipped at the start of 2022, the Algarve actually saw a small rise of 0.9%. 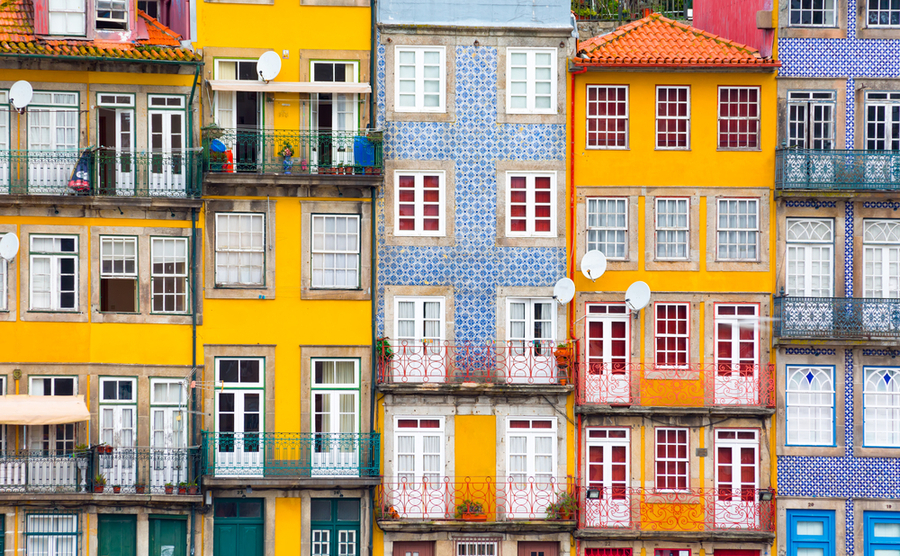 Portugal property prices don’t tend to rise and fall at the same rate across the entire country.

Separate figures from the Confidencial Imobiliário residential price index showed particular success for Faro, the region’s capital, in 2021. There, prices rose by 26.4%. The same study showed other district capitals recording big rises, including Setúbal (at 18.7%) and Viseu (at 18.5%). Property prices in Portugal’s largest cites, Lisbon and Porto, rose by 11.7% and 10.3% respectively.

More impressive rises for smaller cities is reflective of what’s been seen elsewhere in the world. A likely factor is that some people are able to continue to work remotely following the pandemic. They no longer need to base themselves in the major hubs.

The primarily rural Alentejo region fared less well in 2021, but still managed to record 6.4% year-on-year growth. The northern part of the region has seen a small (0.3%) fall at the start of 2022.

Property price predictions are hard to make at the best of times, let alone in times of global conflict. However, the prospect of rising living costs looms over Portugal as it does over other places.

Increased petrol and energy prices have already begun to bite, although it’s notable that Portugal’s energy price inflation figure is the second lowest in the EU, at 11%. This is notably lower than the EU average of 27% and the terrifying 67% figure in Belgium.

However, Portugal is far from immune from rising living costs, and interest rates are almost certain to rise later in the year. The small property price drops already reported may set the tone for the year ahead. While there’s nothing to indicate a “crash,” it seems unlikely there will be a repeat of the stratospheric rises seem in some regions in 2021.

All in all, that’s reassuring news if you already own a Portuguese property, and good news if you’re considering buying one.